Here’s How Stroke Patients Can Benefit from Medical Marijuana 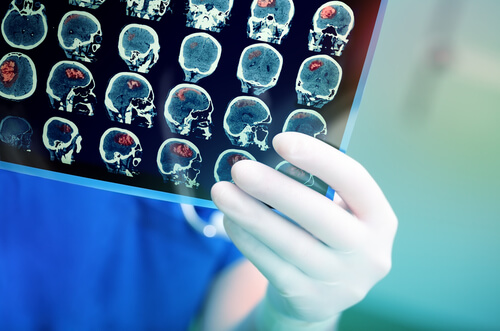 Floridians have had access to Medical Marijauna since 2016 and with over a half-million patients registered it is difficult to deny that people are finding the relief they deserve with the help of medical cannabis products. If you are curious to see if you qualify to legally purchase and use medical marijuana in Florida take this quick eligibility survey.

There are a variety of state-approved medical conditions, like strokes, that can benefit from the use of medical marijuana. DocMJ’s team of qualified Florida Medical Marijuana Doctors and staff are here to help answer any questions you may have in regards to medical marijauana and how it might help you. By booking a risk-free appointment at one of our many offices across the state, you can begin your journey to natural relief with Florida Medical Marijuana products.

The US Government’s Patent on Cannabis & Strokes

One of the most interesting things about cannabis and strokes is that there is a patent held by the US Government that says cannabis does in fact treat strokes. U.S. Patent No. 6630507B1 states cannabis acts as a neuroprotectant following an ischemic stroke, among other cerebral diseases. In addition, this specific patent points to previous patents that have identified cannabinoids as a possible neuroprotectant to include:

The patent No. 6,630,507 that was initially mentioned above tells us something very important: “data shows that infarct size was approximately halved in the animals treated with cannabidiol, which was also accompanied by a substantial improvement in the neurological status of the animal.”

While this was filed after a study performed on rats, it still shows promise for the potential benefits cannabis could have on humans. By protecting against glutamate neurotoxicity and free radical induced cell death, cannabis is a promising medicine for treating strokes. In fact, the 50% reduction in infarction size in the rats was compared to other drugs which show no greater than a 2% reduction in infarction.

Research on Cannabis and Stroke Patients

Research suggests that different cannabinoids, like THC and CBD, could have several benefits following a stroke. However, it is essential to note that most studies to date are animal experiments rather than human clinical trials and the results should be taken into consideration with some caution.

In 2007, the Neuropharmacology journal published a study that highlighted the findings and the ability of CBD to be of great use when treating ischemia. It found that “cannabidiol is a potent antioxidant agent without developing tolerance to its neuroprotective effect, acting through a CB(1) receptor-independent mechanism.” In other words, CBD protects injured brains without having to increase the dose overtime as needed with other cannabinoids, such as THC.

A study that was published in the same abovementioned journal in 2012, in which researchers looked at how ischemic events impacted rats over a long period of time, indicated that “CBD administration after [hypoxia-ischemia] injury to newborn rats led to long-lasting neuroprotection.”

The British Journal of Pharmacology published a 2011 study indicated that “2-AG (an endogenous cannabinoid that is nearly identical to THC) decreases brain edema, inflammation, and infarct volume and improves clinical recovery.”The researchers also noted the existence of other research, indicating that “numerous studies on experimental models of brain toxicity, neuroinflammation and trauma supports the notion that the eCB are part of the brain’s compensatory or repair mechanisms.”

In 2014, a review for the Journal of Cerebral Blood Flow & Metabolism suggests that cannabinoids are “promising candidates for future treatment” after looking at several studies in which scientists gave THC, CBD, and other cannabinoids to animals soon after an ‘experimental stroke.’ The results indicated that the endocannabinoid system plays a role in the body’s response to a stroke because the cannabinoid receptors CB1 and CB2 become more active, and the release of beneficial endocannabinoids increases.

Furthermore, cannabinoids work to protect nerve cells from damage by activating CB and 5HT1A (serotonin) receptors. Researchers observed the most significant effects when they administered cannabinoids within 4–5 hours after the stroke, suggesting that cannabinoids may help to prevent brain damage to some extent but do not fully reverse it.

The Risks of Cannabis Use in Stroke Recovery

While there are many potential benefits of using medical marijuana during stroke recovery, there are some risks to be considered. Several studies suggest that the plant can increase the risk of having a stroke, especially among young, healthy people.

In 2017 there was a report published in the Journal of Thoracic Disease that suggested recreational marijuana use raises the risk of hospitalization due to ischemic stroke by 17% in the 18–54 age group. The report states that cannabis has several significant effects on the cardiovascular system including increased heart rate, irregular heartbeat, vasospasms, irregular blood flow to the brain, and acute rises in supine blood pressure.

Additionally, the World Health Organization has put out a report that suggests the risk is higher in chronic and current cannabis users. Strokes are most likely to occur during use or within the first few minutes afterward.

If you are still curious about getting your medical marijuana card in Florida, we have compiled a list of Frequently Asked Questions that might help ease some of your concerns. The compassionate Florida Marijuana Doctors at DocMJ are here to answer any additional questions you might have. Book your risk-free appointment today to get started on your path to natural relief today!