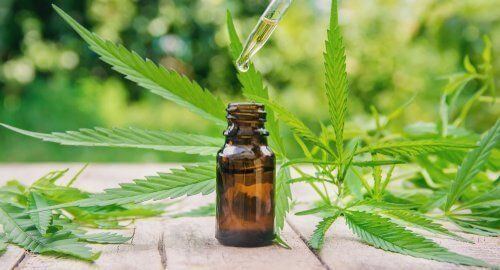 Medical marijuana is sweeping the country. The growing public interest can be attributed to both its medicinal and therapeutic uses, but the wide range in the method of applications often go overlooked. Most people recognize the smoked, vaped, and edible forms of marijuana, but less seem to know of the “sublingual” method of application. In this post we will take a look at this form of medical marijuana and what separates it from the others.

Sublingual application means “under the tongue”. Many drugs can be applied sublingually, including steroids, analgesics, and vitamins. Sublingual drugs can also come in several forms themselves, for example strips (think breath strips), tablets (Tylenol produces sublingual tablets), and drops (such as marijuana tinctures).

While less common than pills and other forms of drugs, sublingual application provides several distinct advantages compared to other forms. Due to the high vascularity of the lips, cheeks, and gums, sublingual medications can enter the bloodstream rapidly and in high concentrations. This speed is especially useful for those who need the medication quickly in emergency situations. One study particularly sums this up well, comparing furosemide administered orally to furosemide administered sublingually. The study found that sublingual furosemide produced higher bioavailability, a stronger response to the drug, and a higher concentration in the body [1].

Sublingual medications also offer an ease of use not easily found in other forms. People with certain conditions may find pills or liquids difficult to swallow, keeping them from taking their medications on time.

Sublingual drugs also avoid first-pass metabolism. Also known as the “first pass effect”, first-pass metabolism is the phenomenon where the concentration of the drug is cut down before reaching the bloodstream. This happens to many drugs taken orally, including morphine, nitroglycerine, and marijuana. This happens because, after being digested, many drugs are metabolized (or changed) by the liver. These changes lower the amount of active drug in the system. This effect can also be affected by certain liver diseases, such as cirrhosis.

Sublingual application of medical marijuana may be less prevalent but is still an important form to consider. As previously stated, sublingual marijuana is an effective way to get the benefits without smoking or ingesting it. This provides advantages not only for those who are unable to take other forms, but for the average person as well.

Sublingual marijuana is also very convenient. There is no smell associated with it and the concentrations of important cannabinoids can be very high, meaning only a small amount is necessary to get the desired effects. Many people can fit a large number of doses in their purse or pocket with little problems.

In the case of edibles, sublingual application also offers some additional benefits. We already talked about first-pass metabolism and how sublingual medicines bypass it. Edibles, on the other hand, do not. Because of this, some CBD, THC, and other chemicals will be metabolized and changed before circulating, producing different effects compared to their unchanged counterparts.

One such metabolite is 11-hydroxy-THC. You can likely guess this is a form of ▵9-THC (the most well-known form of THC), and you would be correct. After being processed by the liver, ▵9-THC is converted into 11-hydroxy-THC, which has been found to be much more potent than ▵9-THC and can cross into the brain much faster [4]. This results in a stronger high due to greater activation of cannabinoid receptors.

Another important benefit of sublingual application is due to the method of production for some marijuana tinctures. Tinctures are small bottles of marijuana extract designed to be dropped under the tongue. Many tinctures are made by soaking the marijuana plant in different concentrations of alcohol, causing the cannabinoids and other chemicals to diffuse from the plant into the solvent. By keeping all these chemicals and cannabinoids from the original plant, as compared to pure THC or CBD extracts, the entourage effect may be achieved. The entourage effect is essentially how many of the chemicals interact to produce new or stronger effects [5].

Medical marijuana comes in many different forms, some more widely known than others. The sublingual route of administration offers several benefits including ease of use, ease of concealment, and rapid onset. These can help both people who are unable to take other forms of marijuana due to injury or other conditions and those who could otherwise use other forms.