Home Grow in Ohio: Will Ohio MMJ Patients Ever Be Able to Grow Their Own Cannabis at Home? 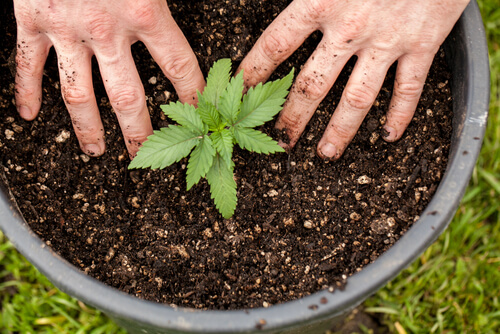 Home Growing Cannabis is a hotly debated topic almost everywhere in the United States. Depending on who you ask, it can be a question of personal freedom, medical necessity, or even just convenience. Although Ohio has not legalized home grown medical marijuana yet, there are some arguments that it could be coming soon.

Have questions about medical marijuana? Speak with a DocMJ Patient Care Coordinator by using the Live Chat feature location at the bottom right of our website. Our team is here to help in any way we can! If you’re ready to start the process of becoming a legal Ohio medical marijana patient today, be sure to complete our easy, online eligibility survey by clicking the ‘Get Started’ tab.

Where is Home Growing Legal?

Although it is not legal to grow marijuana at home in Ohio, there are other states that have passed laws allowing their residents to grow it themselves. Michigan, for example, has some of the least restrictive laws governing home growing in the country, and allows its citizens to grow up to twelve plants for personal use per household [1]. Of course, it is illegal to sell any marijuana grown personally and the plants cannot be visible to the public, but the grower is then free to make concentrates or use the marijuana in any other way allowed by law. Other states with laws similar to Michigan include California, Nevada, and Oregon.

Some states allow only medical marijuana patients to grow their own marijuana. States with laws like this are Washington, Arizona, and New Mexico. However, some of these states have specific requirements to be eligible to grow marijuana at home. In Arizona, for example, you can only grow medical marijuana if you live more than twenty five miles from a dispensary.

Why is Home-Grow Good?

Home growing is a complex issue, so let’s break it down into its pros and cons. One huge benefit of legalizing home growing is accessibility. Many people with one or more of the qualifying conditions for medical marijuana in Ohio have difficulties with finding transportation to dispensaries on a regular basis. Being able to grow quality marijuana at home would be a great way for people who are unable to drive, use public transportation, or even reliably find a ride to still get the marijuana they need.

Another benefit of home growing marijuana is its consistency. Growing plants of any kind, assuming there is no cross-pollination or other form of reproduction or genetic mutation going on, can only yield a genetic copy of the original plant. This may not seem so important, but marijuana can be highly individualized, and that can lead to problems. For example, if a person finds a particular strain of marijuana that they respond to, and that strain later is not sold in nearby dispensaries, the person will then have to find another strain that gives them the same benefits, which can take a lot of time.

There are many other benefits to growing marijuana at home too, such as gaining a relaxing hobby, experimenting with hybrids and cross-breeding, and lowering the cost barrier that medical marijuana can have. In many places, marijuana is not a cheap alternative to other medicines, and can carry a hefty price tag. By making home growing legal, many people who could not afford medical marijuana could get access to a medicine that could impact them significantly.

Why is Home-Grow Bad?

One of the main disadvantages to legalizing home-grown marijuana comes in regulation. Once non-licensed individuals are able to produce marijuana, it can be difficult for a governing body to make sure it is up to standard. While those who want the guaranteed quality of marijuana bought from a dispensary can still buy it, home-growers may use shortcuts or have other problems growing marijuana that experienced cultivators don’t have, resulting in smaller harvests or weaker results.

Will Home-Growing ever be legal in Ohio?

At the time of writing, there was a significant push to legalize home cultivation in Ohio. In 2020, a new amendment plan was introduced that would legalize both recreational marijuana and allow Ohio residents to grow up to six plants of marijuana. Similarly to Michigan, these plants could be viewable by the general public and the growing area must be enclosed and locked [4].

The main argument the legislators were using to push the proposal is that it would allow more people to have easier access to marijuana, and that it would have little to no effect on the already established dispensaries. They compared it to home-brewing, stating that those who grow their own marijuana and those who prefer to buy it are not in competition. Unfortunately, as of November 3rd, the amendment was not on the ballot. This doesn’t mean that it won’t be added in another form in the future, but you may have to wait awhile before you can grow marijuana at home.

Home growing marijuana is legal in some states, but is largely still illegal. In Ohio, home growing marijuana is not allowed. There are many arguments on either side, and some lawmakers are making pushes to legalize the practice, but it may still be a while before it is fully realized. If you’ve been searching for an affordable Ohio medical marijuana doctor near you, look no more! At DocMJ we make recommendations easy and affordable, and are now seeing patients state-wide via Telemedicine. This means you can get approved for your Ohio medical marijuana card from the comfort of your own home. Click ‘Get Started’ to start the process of becoming a patient today!