How Does Medical Cannabis Affect People With Diabetes in Ohio? 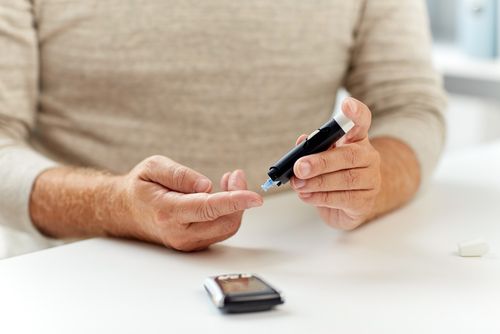 In the United States today, an estimated 9.4% of Americans are living with diabetes, with 1.4% of children and adults diagnosed with Type I diabetes. On top of that, the CDC has estimated over seven million Americans are living with undiagnosed diabetes [1]. These numbers are both expected to grow in the future. Diabetes is a very real condition for many people, especially those that are considering, or are currently using, medical marijuana. However, in Ohio, diabetes is NOT considered a qualifying condition. This blog is only meant to inform those who would like to learn more about the condition and how marijuana may affect it.

The human body is in a constant state of flux, always changing and adapting to external stimuli. The idea is the body has a range in which it works most optimally, similar to an engine. If it gets too hot or cold, the body can’t work. This same principal applies to food. Too much or too little food and the body can’t work optimally. Luckily, the body adapts. When we eat a super sugary cookie, our body senses it and releases chemicals that tell other parts of the body to take up and store away this new energy. One of these chemicals is insulin. If you are diabetic or know someone who is diabetic, this hormone is likely already well known.

Insulin is produced by specific cells in the pancreas and is released in response to high glucose (sugar) levels. Other cells respond to insulin in different ways, the liver will slow down glucose production, fat and muscle cells take in excess glucose, arteries will relax, and many, many more. Insulin is so important, in fact, that it is considered one of the most important medicines by the World Health Organization.

But, why would it be considered medicine? Well, if those cells in the pancreas are damaged and can no longer produce insulin, the body is in major trouble. High glucose levels can lead to intestinal problems, skin infections, and nerve damage. Low glucose levels can also mean trouble, in the form of low energy, seizures, and death. This is the case with Type I diabetes. Type I diabetes is often the result of an autoimmune disorder destroying the insulin-producing cells of the pancreas, resulting in insulin deficiency. This form of diabetes is most often diagnosed in children, teens, and young adults, but may develop at any age.

The other form of diabetes, Type II, is marked by either inadequate production of insulin by the pancreas, or outright insulin resistance. Insulin resistance means that the body is producing insulin, but the cells are not responding to it as they should. This type of diabetes is most common in older people, though it can develop at any age.

Those living with Type I diabetes are required to take insulin from an outside source, whether it be via pump or injection, over the course of the day. Some people with Type II diabetes can get by with a strict diet and increasing physical activity, though others require insulin as well.

How Does Marijuana Affect Diabetes?

Like insulin, marijuana has a large impact on the body. Its influence even extends as far as the endocrine system and the hormones it produces. For example, one 2013 study followed 4657 men and women between 2005 and 2010. Blood samples were drawn after a nine hour fast and insulin resistance was calculated. In this study, current marijuana use was associated with a 16% drop in fasting insulin levels [2]. This shows that marijuana may have more metabolic influence than previously thought.

Another study found that marijuana may have other effects in those with Type II diabetes. This paper was a randomized, double-blind, placebo-controlled study which found that of those studied, those who were given THCV (a cannabinoid found in marijuana) had decreased fasting plasma glucose and improved pancreatic function [3]. This is a massive improvement and may lend weight to the idea of marijuana having therapeutic use for those with diabetes.

Overall, the research regarding marijuana’s impact on diabetes is still small. There are high-quality studies, but the mechanisms and causal relationships that can explain their findings are still unknown. The good news is that this is likely to change, as researchers are now able to get research-quality marijuana more easily, allowing more research to be done. For now, though, marijuana may be able to help those living with diabetes, but to what degree is not fully known. It is important to speak with your certified medical marijuana doctor if you have any questions or concerns about medical marijuana and its effects.