How Does Medical Marijuana Work?

How Does it Work?

Just like any other drug you take, prescription or over the counter, marijuana works in your brain and nervous system to change the messages you receive. It is hard for some people to make the mental jump from marijuana as a recreational drug to a therapeutic medicine, but the way it works is exactly the same. Medical professionals have just figured out how to harness the effects of marijuana for healing.

Think about the effects of marijuana that you are aware of. It relaxes you, calms you down, makes you feel good, and it can give you the munchies. Medical marijuana has these same effects, only they are concentrated and are applied to relieving the symptoms of the disease. From reducing anxiety to stimulating appetite, marijuana has many legitimate medical uses.

A Quick Overview of Brain Function

The brain is a complex organ that manages all bodily functions, thoughts, and emotions. Most of this is handled by a chemical-based communication system. The chemicals, called neurotransmitters, are produced in the brain or in other parts of the nervous system. They carry their messages to structures called receptors.

The receptors read the messages and react. Some send out chemical messages of their own to adjust physical functioning, like slowing the heart rate or moving your hand away from the fire. Others produce emotion-inducing brain chemicals to increase your feelings of stress or euphoria. It all happens in the brain.

Neurotransmitters tend to work together in groups. Serotonin, dopamine, and adrenaline, for example, are sometimes referred to as the happy chemicals. Shades of emotion are determined by the balance between these three neurotransmitters in different areas of the brain.

The neurotransmitters swirling around in your brain allow you to do everything from wiggling your big toe to remembering your sixth birthday party. Modern medicine has begun to map out which neurotransmitters and receptors are involved in each brain function and use that information to create drugs that can improve the quality of life.

Pain is one of the primary symptoms we seek to understand and control through brain chemistry. By adding chemicals to the brain that block certain types of receptors, we can be sure the neurotransmitters carrying those pain messages are not received. After studying the effects of certain substances on the brain, and then isolating the chemicals responsible for the desired effect, scientists attempt to synthesize those natural chemicals in a way that delivers the desired results with as few side-effects as possible.

How Marijuana Works in the Brain 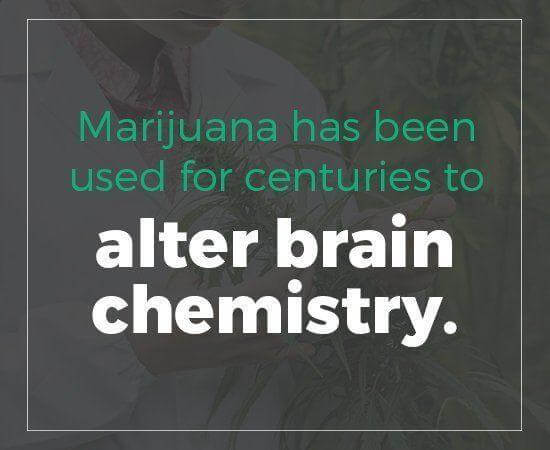 Marijuana has been used for centuries to alter brain chemistry. Medical science has recently unlocked some of the mysteries of how it works, and now we are able to use it to target specific symptoms.

The primary active chemical in marijuana, as identified in the 1960s, is delta-9-tetrahydrocabbabinol (THC). Eventually the whole endocannabinoid system in the brain was discovered. It consists of cannabinoid receptors that THC connects with and some natural brain chemicals that also work in those receptors.

The cannabinoid receptors exist in different parts of the brain and can be involved in several different body and brain functions. This fact is significant for medicinal marijuana because it allows for different outcomes based partly on the delivery system. Where and how the THC reaches the brain determines what effects the patient feels.

In addition to THC, the most well-known chemical component in marijuana, there are several other cannabinoids. Many of these chemicals were more recently discovered, and some are still being tested to find their specific functions and the best medical applications for them.

The cannabinoids that are best known are these:

Not all of the active ingredients in marijuana are responsible for providing the high. With some alterations, marijuana can be administered for its medicinal properties without the risk of altered consciousness.

One active ingredient in marijuana that does not have any psychoactive properties is CBD. It does not interact with the cannabinoid receptors, but rather, works with THC to heighten its effects to reduce pain and muscle spasms. CBD can reduce anxiety and panic attacks. It also increases the amount of THC in the brain.

On its own, CBD protects nerves, provides sedation, reduces inflammation and lessens the severity of epileptic seizures. As an anti-oxidant, it also protects against oxidation. CBD holds a lot of promise for protecting against cancer, brain and nerve damage in strokes, infections like mad cow disease, diabetes, and rheumatoid arthritis. One key to exploiting the properties of CBD to prevent disease is getting the dosage right. Taken in too large or too small of quantities, CBD is not very effective.

Future studies are planned to evaluate the effectiveness of CBD for treating psychotic disorders, arthritis, epilepsy and inflammatory bowel disease.

Here is a chart that summarizes the basic uses of each cannabinoid:

Research into the active ingredients in marijuana and studies of some of their uses are still new. While results in some areas have been proven, there is more to be discovered about how marijuana works and how it can be used to relieve symptoms and cure or prevent disease.

Some of the benefits of marijuana include: 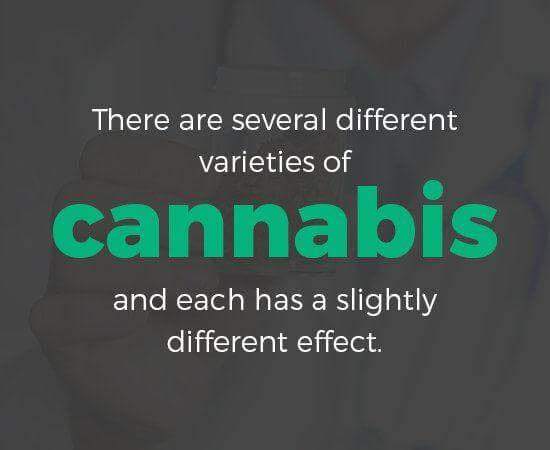 These healing properties of medical marijuana have a number of applications. There are several different varieties of cannabis, and each has a slightly different effect. As the active ingredients are isolated, studied and synthesized, advances in medical marijuana treatments continue.

There are a number of disorders where medical marijuana treatment has shown promise in reducing symptoms or curing the disease altogether, including:

Marijuana treatment provides hope for many people suffering from chronic diseases. With continued research, this list should grow.

Although medical marijuana only recently became available and is not even legal in all states, there are already many uses for the substance. If you have any experience with marijuana, you know some of the things it can do. You might be surprised by some of these applications for marijuana therapy: 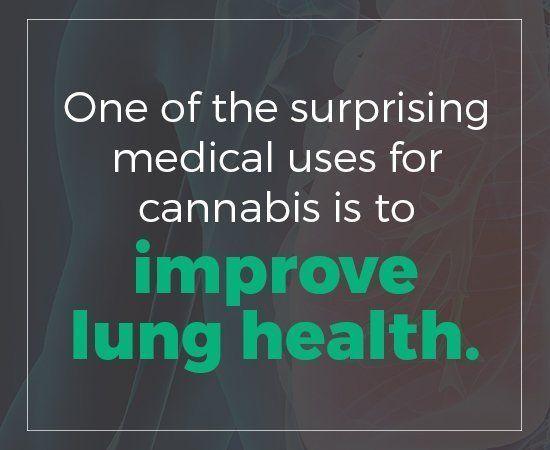 One of the surprising medical uses for cannabis is to improve lung health. Studies show that marijuana can increase lung capacity in a side-by-side test with tobacco smokers. The marijuana smokers did not show the same decline in lung function as the cigarette smokers. In fact, their lungs actually got healthier.

There are, of course, other ways of consuming marijuana without smoking and subjecting your throat and lungs to the heat and toxins. When marijuana is vaporized, there is no evidence of harmful side-effects in the lungs. The vapor is not as hot as smoke, and it does not contain the by-products of burning.

One of the lesser-known benefits of marijuana therapy is that it can be administered in a variety of different ways. Inhaling marijuana is one of the fastest ways to feel the relief it brings from pain and nausea. However, a couple drops of a marijuana tincture under the tongue deliver fast results without lighting up. There are even topical forms of marijuana treatment that give localized results and do not produce any sort of high in the brain.

Can Medical Marijuana Work for You?

When the medicinal benefits of marijuana were first discovered, it was used for the most severe cases of cancer. Smoking marijuana seemed to make strong courses of chemotherapy more bearable by eliminating nausea and vomiting. Some people were able to look past concerns of addiction because these patients were possibly terminal. Marijuana was the only substance that might ease the pain and anxiety of facing those final days.

Marijuana therapy has come a long way in recent years. Its benefits are better studied and understood, and it is applied to many different conditions now. Medical marijuana is no longer just a last resort treatment. It can actually be part of a healthy maintenance routine for some conditions.

Medical marijuana might be the right treatment for you if: 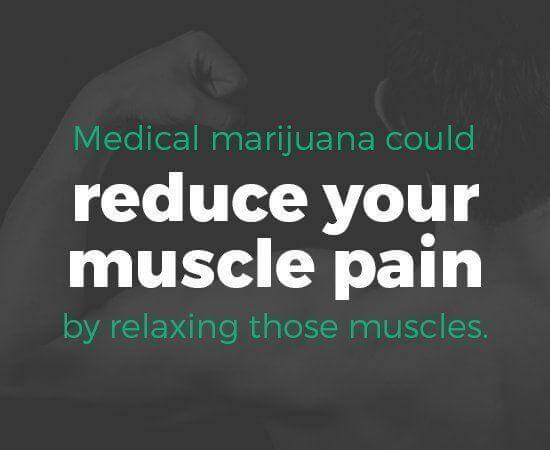 To find out if medical marijuana can help you, you first need to find a doctor who is experienced in marijuana treatment recommendations. In the state of Florida, there is a system set up to help you access marijuana therapy if it is right for you. State certified doctors can recommend for patients to get their medical marijuana from state-licensed dispensaries.

It takes time to get medical marijuana in the state of Florida. Once you connect with a doctor, your medical situation will be assessed according to standard medical protocols. Our marijuana doctors will get to know you and find the right treatment for you. If you have any questions in the meantime, our medical professionals are standing by to take your call for a free consultation.