How Many Cannabinoids Actually Exist in Ohio? 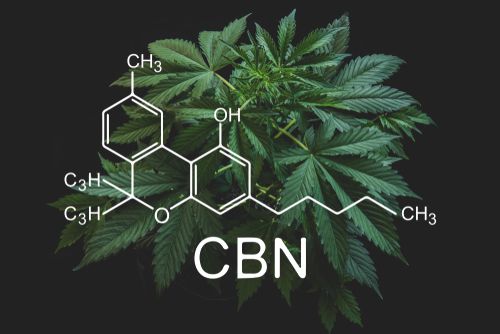 Within our bodies is a group of systems working together to serve a common purpose. Our nervous system is responsible for maintaining stability by sending impulses to the body to help regulate how it functions. Within the nervous system is another system called the endocannabinoid system. It controls impulses that send messages to the areas that control appetite, sleep, memory, muscle activity, pain response, mood, and immune function. These messages are moderated by cannabinoids, which are chemicals that bind to nerve receptors affecting these areas. There are 3 main types of cannabinoids: endocannabinoids, produced by the body; phytocannabinoids, which come from plants; and synthetic cannabinoids. Medical cannabis supplements the body’s own supply by providing cannabinoids that can help if our own system is lacking what it needs due to illness, damage as a result of surgery or cancer, or genetic abnormalities. To find out if you pre-qualify as a patient, you can take our simple 5-minute eligibility survey. Talk to one of our Ohio Medical Marijuana Doctors during your patient evaluation to find out which type and route of medical marijuana would be most beneficial for your condition.

How Many Cannabinoids Are There?

Cannabinoids are stored in the crystals (trichomes) of the cannabis plant and contribute to the sparkly appearance of its flowers in addition to being located in the leaves and stems in smaller amounts. There are at least 113 cannabinoids present in marijuana. At this point in time, scientists have discovered 9 major phytocannabinoids that have medically beneficial properties; these will be discussed below. While THC and CBD are the most well-known cannabinoids, researchers are finding out more about the others and the benefits they provide. Some act on pain, while others affect sleep or appetite; different cannabinoids may affect mood, muscle movement, or how your body responds to illnesses such as fibromyalgia, cancer, skin conditions, or conditions that impact memory such as Alzheimer’s. Our Ohio MMJ doctors have been educated on the benefits and best uses of these cannabinoids for their patients.

The 9 Major Cannabinoids & Their Medicinal Benefits

THC is the best-known of all the phytocannabinoids, and it is one of the few that has psychoactive properties. It binds to CB1 receptors in the brain and immune system by stimulating the release of dopamine, which is a feel-good chemical produced by our bodies. It affects mood, memory, perception, thought, and movement.  It is the only one that exists in a concentration high enough in the dried marijuana plant to enable a patient to experience a “high” when ingested. This is what recreational users are looking for and what makes the plant so popular with them. THC has many therapeutic applications for patients due to these effects on our psychological state. It is also effective in fighting cancer as well as the side effects of chemo and radiation such as nausea, pain, and loss of appetite.

CBD can likely be viewed as the most medically significant cannabinoid. It affects CB2 receptors which are found in the body’s immune system.  CBD has been extensively researched for its beneficial properties. Not only is it non-psychoactive, but it also counteracts some of the mind-altering effects of THC. It is used to treat anxiety and other psychiatric conditions, pain, seizure disorder, muscle spasms, tumors, inflammation, and it protects the nervous system. In addition, it can be used in conjunction with THC to treat nausea, pain and cancer. Since most CBD oil is currently sourced from hemp plants, it is legal to buy and use in all 50 states. CBD oil extracted from marijuana plants is only available in states that have legal medical and/or recreational cannabis since it can contain more than just trace amounts of THC.

CBG is sometimes considered a “mother” or “stem cell” cannabinoid because it has the ability to change into most known phytocannabinoids. It is produced as cannabis grows but only exists in small quantities in mature plants. It is non-psychoactive before converting to other forms and has shown much promise in treating cancer, glaucoma, pain, inflammation, anxiety, and bowel/bladder problems. Scientists are learning how to determine what causes CBG to change into the various cannabinoids; this is helping them develop high-THC or high-CBD strains.

CBN is the only cannabinoid that doesn’t originate with CBG. Instead, it is formed as THC degrades and is a reliable indicator your cannabis is going bad. It has medical applications including use as a sedative, pain reducer, and antibiotic.

CBC is unique because it is the only cannabinoid that interacts with receptors outside the endocannabinoid system. It is another non-psychoactive cannabinoid that has been found to be extremely beneficial in working with THC as an anti-inflammatory drug due to the “ensemble effect,” where two or more cannabinoids working together exert an enhanced effect. CBC has also been found to stimulate bone growth and inhibit tumor growth as well as containing antibiotic and antifungal properties.

THCV is only found in some strains of cannabis, unlike THC. It hass psychoactive properties, but they are much less than that of THCA. It acts on both CB1 and CB2 receptors. Its effects include appetite suppression, promotion of bone growth, and the reduction of anxiety.

△-8-THC, or Delta-8-THC, is also a less-psychoactive cannabinoid. Particularly helpful in decreasing the side effects of chemo and radiation, it possesses the ability to kill cancer cells and reduce the size of tumors. It is also known to stimulate the appetite, and functions well to prevent vomiting, especially when associated with chemotherapy.

CBDV is another non-psychoactive cannabinoid. Unfortunately, it is found in very small quantities in most cannabis plants, with the highest levels being found in certain Indica strains grown in the Himalayas. As another example of the ensemble effect, it heightens the anti-seizure effects of CBD as well as showing promise in preventing or decreasing the frequency and severity of nausea and vomiting.

THCA and CBDA are the acidic variations of THC and CBD. These are released via decarboxylation, or exposure to low heat (THCA 220°F, CBDA 248°F). At home, decarboxylation is most often accomplished by putting the raw flower in the oven on a low temperature for several hours in order to bring it to a temperature where THC and CBD are converted to their active form. This process changes the chemicals into a form that can be utilized by the body. THCA in its raw form is effective as an anti-nausea and anti-inflammatory medication; CBDA has shown promise in cancer treatment.

What Cannabinoids Will Work Best for My Condition?

Here are a few suggestions for which cannabinoids might be beneficial for MMJ patients based on some common ailments:

Anxiety: CBD in low to moderate doses; low doses of THC. High doses of either can actually make your symptoms worse.

Chronic Pain: CBD for internal or skeletal muscle spasms; THC for muscle pain; THC and CBD for bone pain; THCA or THC for pain with or from swelling; CBD and THCA for nerve pain.

More and more people are choosing to use MMJ instead of pharmaceuticals. Speaking to one of our Ohio MMJ doctors about your specific needs and concerns can help you decide how best to treat your medical conditions with cannabis. We owe it to ourselves to learn as much as possible about cannabis before we begin to use it, and to continue this educational process in order to gain as much benefit from it as we can.