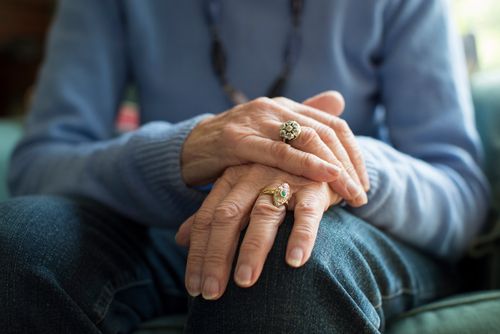 Marijuana is now legal in one form or another across the majority of the United states and CBD has been reclassified to a schedule five drug. Because of this, research on marijuana has increased dramatically along with accessibility and social understanding. As scientists discover new mechanisms and pathways that can be used to treat some of the most common diseases in humans, people start to look towards marijuana for help. Recently, Parkinson’s disease has gotten the spotlight as users point to some of the exciting benefits of marijuana, but is it really as good as it sounds? To find out, we first have to describe what Parkinson’s disease is.

What is Parkinson’s Disease?

Parkinson’s disease is known as a neurodegenerative condition. This means that PD causes a progressive loss or death of cells in the brain or spine. For PD, it is characterized by the loss of a certain kind of cell in the area of the brain called the substantia nigra. The loss of these cells causes tremors, body rigidity, and difficulty walking. PD can also cause difficulty sleeping, emotional changes, and speech problems, with dementia possibly developing later on. More information can be found at the Parkinson’s Foundation website.

While the cause of PD is still unknown, diet, genetics, and environment all seem to play a role in its development [1]. Age and gender may also play a role, with men being more likely than women to be diagnosed and risk increasing with age. Both the Mayo Clinic and the American Parkinson Disease Association offer in-depth information on possible causes and factors for developing PD.

The cells that are lost due to PD are called dopaminergic cells. When dopaminergic cells are destroyed, the dopamine levels in the brain drop very low. This is why the drugs used to treat PD are generally dopamine agonists or are metabolized into dopamine in the body. These drugs do become less effective as the disease progresses and more cells die, however.

Unfortunately, there is no cure for PD, but there are ways to combat the symptoms associated with it. Electrodes can be surgically implanted to stimulate specific regions of the brain and the drugs mentioned before can help smooth tremors. Dietary changes and other treatments may also provide relief.

Many studies on medical marijuana and PD have shown that using marijuana can increase the quality of life of those with PD. A 2017 study of forty PD patients showed that those who were given marijuana had improved pain relief, muscle tremors and stiffness, and sleep [2]. Another similar study of twenty-two patients also showed an improvement in tremors, muscle rigidity, and movement speed after consuming medical marijuana.

PD may also have an effect on the endocannabinoid system [4]. A study has shown that in the early, pre-symptomatic, stages of PD, both the sensitivity and number of cannabinoid receptors in the brain begins to drop. As the disease progresses, however, the receptors sensitivity and numbers become upregulated. This has also been shown in animal models [5]. This may suggest a possible link between the endocannabinoid system and PD. It may also explain why marijuana can smooth muscle movements and reduce tremors caused by PD.

Marijuana has also been shown to have possible neuroprotective effects, and this could be vital to helping those with PD. The antioxidative effects of marijuana could provide another defense from PD. It has also been shown that marijuana has anti-inflammatory effects [7]. This is important because PD may cause brain cell death via inflammation [6].

However, while the research into the use of marijuana to help those with PD is very exciting, it is important to remember that no mechanism has been explicitly laid out connecting marijuana Parkinson’s. Future studies are required to get a more comprehensive understanding of the effects of marijuana on PD. It is also worth noting that current research is still ongoing and is often contradictory. For example, while some studies have shown promising results for alleviating symptoms, other studies find no change in symptoms [8], or, worse yet, aggravated symptoms [9].

You must also keep the risks of medical marijuana in mind as well, especially for those with a condition like PD. Marijuana can affect reflexes, change mood, and cause dizziness. Depending on the method of application, marijuana can also change how other drugs affect the body, which is very dangerous.

Medical marijuana may provide some relief to those suffering from PD, but it is still unclear whether marijuana could yield a cure or work as a preventative measure. While many people with PD claim that medical marijuana can ease symptoms and increase their quality of life, it is important to keep the pros and cons of the drug in mind. You must also always speak with a doctor before undergoing any change in medication.

If you or someone you know is suffering from Parkinson’s Disease and would like more information on how medical marijuana can help, we’re here for you! Learn more by visiting us on the web or call our office at (877) 899.3626 to speak with a Patient Care Coordinator.