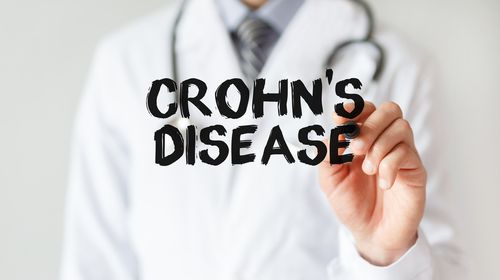 What is Crohn’s Disease?

Deep in the tissues of the digestive tract, Crohn’s disease causes painful inflammation and damage. According to the Mayo Clinic they explain that, “Inflammation caused by Crohn’s disease can involve different areas of the digestive tract in different people.” Patients suffering from inflammation of the digestive tract often experience abdominal pain, fatigue, malnutrition, severe diarrhea, and  weight loss. Crohn’s disease and IBS are both pain debilitating to the patient and can often lead to life threatening conditions if not treated. Using medical marijuana is becoming an ever more popular alternative to pharmaceutical treatments because it has better benefits and fewer side effects. Everyone experiences the effects of medical marijuana differently, but in general, it can be used to safely and effectively manage Crohn’s disease. According to the Centers for Disease Control, more than 3 million adults over the age of 45 have been diagnosed with Crohn’s disease. This alarmingly high number does not include patients under 45, or children. Patients who have been diagnosed with Crohn’s disease are also more likely to develop other health complications such as cardiovascular disease (CVD), respiratory disease, cancer, arthritis, kidney disease and liver disease if not treated.  Visit DocMJ and take our survey to see if you pre-qualify for MMJ.

The Effects of Medical Marijuana on Crohn’s Disease

The marijuana plant contains more than 70 known cannabinoids which can aid in major processes of the human body. The two most commonly known cannabinoids are Delta-9-tetrahydrocannabinol (THC) and Cannabidiol (CBD). These cannabinoids bind to cannabinoid receptors found naturally throughout the human body, known as the Endocannabinoid systems 1 and 2 (ECS1 & ECS 2). The ECS systems processes endogenous cannabinoids similar to THC and CBD called anandamide, which is naturally produced by the human body and aids in the digestive processes. It helps the body regulate pain, mood, appetite, emotions, gastrointestinal (GI) motility, immune function, memory, stress response, and much more. When the body is fighting off it’s own attack, it is damaging itself and own tissues. It does not allow for natural regulation of the digestive system, causing issues to the patient which are more than unpleasant. When supplemented with medical marijuana therapy, the side effects of Crohn’s disease and IBS are lessened and the patient’s symptoms from the attacks are alleviated. This allows for the body to be able to begin healing itself and repairing damage caused during a flare-up with these Irritable Bowel Syndromes. Cannabinoids have a calming and therapeutic effect on the digestive tract in alleviating abdominal pain, loss of appetite and nausea.

It is reported that patients immediately feel the benefits of using natural MMJ to treat the conditions they suffer from because of their Crohn’s disease. Cannabinoids cause the brain to feel less nauseous, improve the patients appetite, and control pain. Crohn’s patients experience a tremendous amount of pain throughout their digestive tract. Because medical marijuana is a natural pain reliever, it’s an ideal natural alternative to pharmaceutical drugs. In a study done in Canada, “Ninety-one percent of patients indicated improvement of IBD symptoms with cannabis use; 83.9% reported improved abdominal pain, 76.8% indicated improved abdominal cramping, 48.2% had improved joint pain, and 28.6% reported improved diarrhea. Patients also believed that cannabis improved their general well-being, stress level, and sense of control over IBD.”

There are different ways a patient can consume medical marijuana. Many patients have reported the best results come from inhaling medical marijuana. Using cannabis oils can also have a calming effect on the tissues in the digestive tract. Just as there are multiple ways to consume medical marijuana, there are also an endless variety of strains, or types of medical marijuana patients can choose from to treat their Crohn’s or IBS. Reviews on Leafly can offer guidance in finding the best strains to treat Crohn’s and IBS. The cannabis strain “Willie Nelson”, is said to be good for increasing one’s appetite. It is also of the cannabis genome “sativa” which often has the side effect of feeling energetic and up-lifting. Also explained by Leafly, a relaxing strain from the cannabis “indica” species which aids Crohn’s and IBS patients is the strain “Chemo”. Chemo is known for relieving severe chronic pain and stomach cramps.  It can also increase your appetite. A common side effect of heavy indica medical marijuana strains is deep relaxation, which is needed rest for one’s body to heal.

Medical marijuana is a safe, effective alternative to treating symptoms commonly associated with both Crohn’s disease and Irritable Bowel Syndrome. Patients report that using medical marijuana alleviates the pain that comes with having these intestinal disorders. If you’ve been diagnosed with Crohn’s disease or IBS, we can help! Visit us online or speak with a Patient Care Coordinator today at (877) 899.3626.