I Have Asthma: Can I Use Medical Marijuana? 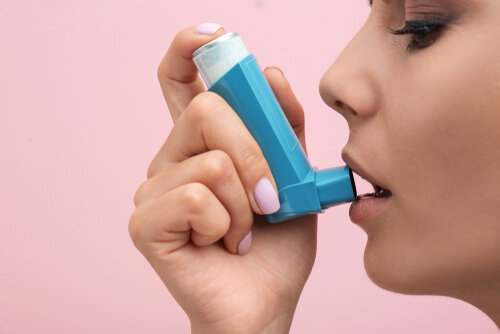 Asthma is a lung disease that causes a person’s airways to swell up and narrow during an attack. This results in the person wheezing, having shortness of breath, and coughing. If unmanaged, asthma attacks can even be fatal. In the United States there are over 3000 people who die from asthma-related causes each year. [1]

With the legalization of Florida Medical Marijuana, more and more people are turning to cannabis to help alleviate their asthma symptoms. This may seem odd since smoke can cause irritation to the airways, but there are other ways of using marijuana that can safely manage asthma like eating an edible or using a Metered Dose Inhaler.

Asthma is a chronic health condition that affects the airways in the lungs.[2] Our airways are the tubes that carry air in and out of the lungs. If you have asthma, these passageways can become inflamed and narrow.

Asthma often starts during early childhood but can affect people of all ages. It may cause people to wheeze, cough, or feel tightness in their chests. Certain things, called asthma triggers, can set off or worsen asthma symptoms, such as cold air or aerobic exercise. When these symptoms get worse, it is called an asthma attack.

The exact cause of asthma is unknown, and it can vary from person to person. However, it is often the result of a strong response of the immune system to a substance in the lungs. Normally, our immune system helps fight off infections. For example, when someone inhales an allergen, like pollen, the immune system might react to the substance by creating inflammation. The inflammation causes the airways to swell, narrow, and produce mucus. As a result a person might have a bronchospasm (the airway muscles tightening) making it hard to breath.

Asthma and Marijuana Use

Throughout the medical community, there has been debates over whether or not cannabis is helpful for asthma patients when it is smoked. Cannabis is a known anti-inflammatory and asthma is a chronic inflammatory condition – so do the benefits outweigh the risks in this situation?

One of the main cannabinoids in marijuana is tetrahydrocannabinol (THC) and it has been shown to dilate respiratory passages and inhibit coughing in asthma patients. [3] Another preclinical study demonstrated that administration of cannabis in various forms can significantly improve bronchoconstriction both during an asthma attack and in normal circumstances. [4]

Marijuana’s ability to reduce muscular spasms plays a significant role in the management of bronchoconstriction during an asthma attack. The bronchi and bronchioles are composed of smooth muscle, and whenever an attack occurs they become inflamed, narrow, and constrict. In 2014, researchers administered THC to 88 subjects and found that certain agonists of the CB1-receptor, including THC, reduced muscle contractions in a dose-dependent manner.

Additionally, although pain is not considered to be a primary symptom of asthma, studies have shown that up to 76% of patients experience chest pain during an attack. Typically, asthma-related pain is characterized by a deep ache or sharp stabbing sensation that develops gradually and slowly goes away as the attack recedes. The known bronchodilatory and analgesic effects of cannabinoids suggest they can be useful in managing asthma-related pain by reducing pressure and constriction in the lungs, and by acting at the nociceptors (pain-sensing nerve cells) themselves.

While THC opens up airways, medical marijuana patients are typically warned that smoking may have adverse health effects, including tissue inflammation and throat irritation. Long term, this can lead to impaired overall lung function, but the results are mixed; one large 20-year study found that moderate cannabis smokers with asthma actually improved their lung function without suffering the lung damage that is seen in cigarette smokers. [5]

Traditional treatment for asthma focuses on recognizing what triggers an asthma attack so you can avoid them, and by taking medications to keep breathing under control.Long-term control and prevention are important in preventing asthma attacks before they start. If an attack occurs, a person will need a quick option to help suppress their symptoms.

Several factors, including age, triggers, and symptoms, will help your physician determine which method of treatment could work for you. Long-term preventative control medicine reduces airway inflammation that triggers asthma symptoms. Fast-acting inhalers, like  bronchodilators work by opening swollen airways up quickly.

One of the most common prescribed long-term asthma controlled medications are corticosteroids. They are effective at treating the swelling and inflammation caused by asthma but can also cause hoarseness, coughing, and oral thrush. Another traditional method for treating asthma are long-acting beta 2 agonists which are used in combination with corticosteroids to open up the airways.

These can also cause various side effects from tremors, to anxiety, headaches, and irregular heartbeats.

Smoking marijuana may not be ideal for those suffering from asthma – but that does not mean they cannot find symptom relief using other forms of medical cannabis. Inhaling cannabis smoke is not the only way a person has to use cannabis to get its benefits.

In Florida, there are a variety of state-approved products that are dispensed under other non-smoking routes. Those routes are:

If you have been diagnosed with one of the above conditions and are looking for alternative ways of relief, book a risk-free appointment with one of our compassionate Florida Medical Marijuana Physicians. If you do not see your condition listed above, but are still curious to see if medical marijuana is a good option for you, take this short survey to find out!