If I Buy Medical Marijuana in Michigan, Can I Bring it Back to Ohio? 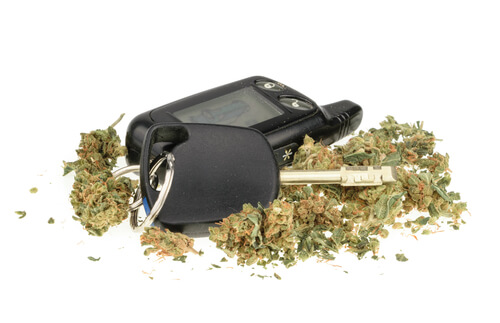 Marijuana has had an interesting journey in the United States. Originally cultivated in the form of hemp in many of the original colonies, it wasn’t until the twentieth century that marijuana gained the negative image that many people grew up with. In more recent times, however, many places have done a complete one-eighty in terms of acceptance, with a majority of states having at least legalized medical marijuana. That doesn’t mean that there still aren’t some common misunderstandings, though, such as what forms are legal in what states and if moving marijuana that is legal in one state through another state where it is illegal is in itself legal. If you have questions about medical marijuana or how to become a patient, DocMJ is here! Our website offers a quick search of certified Ohio medical marijuana doctors, a quick and easy pre-qualification exam, and answers to many frequently asked questions.

What are the Differences Between Michigan and Ohio Marijuana Laws?

Things are similar within our northern neighbor’s borders as well, but with several key differences, one of which being that Michigan has legal recreational marijuana, meaning that anybody 21 years or older is legally able to buy marijuana from a licensed dispensary [2]. The official start date of the sale of legal recreational marijuana in Michigan was December 2019, so the program is still relatively new.

Another big difference comes in the ability to home grow marijuana. Ohio does not allow any marijuana to be grown by a non-licensed cultivator. This means that citizens who want to grow marijuana for personal use are out of luck. In Michigan, however, adults over the age of 21 are able to grow up to twelve plants, both for medical or recreational purposes.

Can I Buy Marijuana in Michigan and Drive it Back to Ohio?

No. It is illegal to purchase either recreational or medical marijuana in Michigan and bring it across state lines to Ohio. Both Michigan and Ohio have strict laws regarding the export of marijuana out of state, no matter the mode of transportation.

Federal law brings another area of concern to the question. At a national level, marijuana is still illegal. Even after the Farm Bill made hemp-based CBD legal in 2018, marijuana and its derivatives are still Schedule I according to the DEA, though a rescheduling has been hotly debated for quite a while.

Even at a community-wide level, there is a lot of confusion surrounding marijuana legality. Many towns and cities have actually kept marijuana use illegal, and have not allowed recreational marijuana business, so availability can vary depending on area [3]. If you are a dual citizen, and frequently travel between Michigan and Ohio, be careful when crossing state lines, as marijuana bought in one state is not allowed in the other.

What if I live in Both Ohio and Michigan?

The medical marijuana program itself is also slightly different in Michigan. The qualifying conditions are largely the same, with some outliers such as fibromyalgia and severe brain injury being accepted in Ohio, though Michigan does accept certain chronic symptoms as well. Other than that, the process is almost identical to Ohio’s. You will need to meet with a physician, provide a proof of residency, and register online to receive your card.

Despite both states having medical marijuana programs, it is not legal to bring marijuana from state to another. This is due to both state and federal laws banning the export of marijuana. For people who have residences in both Michigan and Ohio, it is important to not mistakenly bring marijuana across state lines, as you could face serious penalties. If you, or someone you know, is looking for an affordable Ohio medical marijuana recommendation, DocMJ is here to help! If you want to learn more about the benefits of medical cannabis and how it may help you or a loved one, be sure to check out our blog! Ready to schedule a Telemedicine exam with a DocMJ physician to be evaluated for a medical marijuana recommendation? You can schedule your exam online or over the phone at (877) 899.3626.