If Marijuana is Read Medicine Why Do Some Ohio Doctors Disapprove? 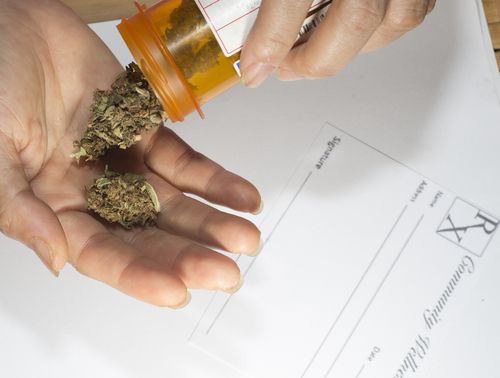 The public support for marijuana has increased exponentially in the past few years. While most people viewed marijuana as a largely recreational drug just a few years ago, there are now whole companies dedicated to finding and researching the therapeutic effects it can have on the body. On the other hand, some still are less enthusiastic about the medicinal applications and may view marijuana as a trend.

Find out if you pre-qualify for your Ohio medical marijuana card instantly by completing our easy online eligibility survey.

To start, we will look at a brief history of marijuana in the US. Starting before even the signing of the Declaration of Independence, hemp was a staple plant in growing colonies. The strong fibers were used to make a variety of goods including rope, sails, and even clothes. It was so useful that all landowners in Virginia were required to grow it and it could even be exchanged as tender in Pennsylvania, Virginia, and Maryland.

As time went on, however, things began to change. In the 1910’s a fear of recreational marijuana use began forming, being dubbed the “Marijuana Menace”. Twenty years later, during the Great Depression, these fears compounded with research linking marijuana use to depression, deviant behavior, and crime. It was around this time that the majority of states had outright banned marijuana.

Social fears continued to rise as the decade ran on, with countless propaganda pieces being made condemning marijuana and its use. In 1937, the Marijuana Tax Act was passed, making marijuana illegal nationwide. By the time the ‘50s and ‘60s passed, stricter sentencing for drug-related offences had been set in place with large fines for possession of any illicit substance.

Things began to change in the ‘70s, with a few states decriminalizing marijuana and several more reducing their penalties. The ‘80s brought about a new War on Drugs, with special focus on marijuana as a potential gateway. But, in 1996, California became the first state to legalize medical marijuana, a decision which most states have now followed.

Why Do Some Doctors Reject Marijuana?

Considering the history of marijuana in the US and how recently it has begun to shift in the general public’s favor, some physicians are still firmly in the traditional way of thinking. It is important to remember that this is not a bad thing and that many doctors are conservative by nature. No physician would feel comfortable prescribing a medicine that had not been researched up to their standard.

These reservations are one of the main reasons some doctors have held back on medical marijuana recommendations. The research on marijuana is still largely in its early stages, with scientists only recently being able to conduct high level, consistent tests and experiments.

To better understand this, a quick explanation of research might be necessary. Experiments themselves can be placed in a sort of hierarchy based on the “strength” of their results. In the US specifically, there are several levels that evidence can fall into. The highest rung of the ladder is evidence from at least one randomized control trial. The lowest rung is opinions of experts based on experience, descriptive studies, or committees.

These levels factor heavily into the opinions of both researchers and physicians, and experimentation generally evolves from the lowest rung to the highest over time. That is to say, most studies on a substance when it is first discovered are going to be case studies or descriptive studies. After some time, randomized controlled trials and systematic reviews come out and we really start to get a deeper understanding of that which is being researched.

Therefore, with marijuana still being a relatively new “discovery” in terms of medicinal value in the western world, for some doctors, the quality and/or quantity of research hasn’t reached their personal threshold. For others, it has, and they go on to recommend and talk with their patients about the possible benefits of marijuana.

What Does Science Say?

Now that we have a bit of background on how research is generally evaluated, we can look at a few of the biggest research papers to come out on marijuana. It is important to remember that research itself is very complicated, with many experiments using complex statistical models to draw information from data. This is why systematic reviews of multiple papers from unbiased sources are so crucial. If one paper finds a desired outcome, but three equally strong do not, and the underlying mechanism through which the outcome is derived is unknown, then there is a chance that the first paper was a statistical fluke or an unknown variable changed the outcome.

The first review we will look into will focus on marijuana’s effect on nausea and vomiting and pain. This is a special in that it is a systematic review of other systematic reviews. The study found that, after analyzing thirty-one other studies, there is considerable evidence for cannabinoids improving nausea and vomiting due to chemotherapy. It also found that there was less evidence for a positive effect on pain and that adverse effects were common in these trials [1].

Recently, a scoping review was published reviewing the possible benefits and harms of medical marijuana. A scoping review is similar to a systematic review but is generally broader in that it doesn’t focus on one specific question and can be used to get a “feel” for scientific opinion on a subject. This paper found that there were overall mixed findings from the papers included [2]. It touches on the lack of rigorous evidence currently available and possible harms of medical marijuana as well.

While these two papers are slightly negative on marijuana, other papers have found more positive results, highlighting the complicated nature of this new branch of research. A systematic review from 2015 found evidence for cannabinoids working on chronic pain and muscle spasticity [3]. A huge systematic review commissioned for the EMCDDA (European Monitoring Centre for Drugs and Drug Addiction) found positive evidence for many conditions, such as pain due to MS, chronic pain, and sleep disorders [4].

Physicians are a conservative bunch out of necessity, though they still have a spectrum of beliefs. Some are quick to pick up and utilize new forms of treatment while others wait for more or stronger evidence. While it may seem that medical marijuana has been around for a long time, there are still states that have no program in place and researchers are only recently able to get high quality marijuana to study. As time goes on, more research will be done, allowing us to find more possible mechanisms and therapeutic targets.