I’m a Medical Marijuana Patient: Does That Make Me a Bad Parent in Ohio? 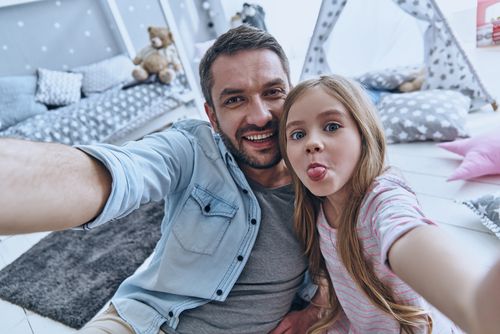 I’m a Medical Marijuana Patient: Does That Make Me a Bad Parent?

Since the spread of the legalization of cannabis across the United States, perceptions about its use have been changing. Still, many people cling to old ideals about parenting while treating their medical conditions with marijuana. But does using medical marijuana really make one a bad parent? The answer is, it depends. As the old saying goes, “everything in moderation.” Parents who use medical marijuana to medicate as prescribed are often in a better position to be able to parent their children with more patience and less stress.

Stephanie Smith of CNN reported about parents “Shawnee and Aaron” whose last names were withheld to protect their privacy. Both hold medical marijuana cards – hers for depression and anxiety and his for anxiety and chronic pain. When they found out about his use of medical marijuana, officers arrived at their home and placed Aaron in handcuffs. Shawnee pleaded with them, saying, “I told them we had our cards, our prescriptions. They didn’t want to see them.” Soon CPS arrived and placed their child into foster care. Aaron pleaded with the officers when he said, “Look, you guys, I understand your perception, but we are wonderful parents, hardworking members of our community.” He told the reporter, “They could not conceive of the fact that you can be a wonderful parent, a decent human being, and medicate with marijuana.”

CPS and other agencies have been speculative about parents who use marijuana for decades. Stories like these have played out all across the country, and indeed, still do. Authorities have been fighting a war on drugs for a long time, so they can tend to view marijuana as “an ‘evil’ drug they have to fight against.” Though marijuana has been legalized in now 33 states, the federal Drug Enforcement Administration still classifies marijuana as a Schedule I substance with “no currently accepted medical use in the United States and high potential for abuse.” Therefore, in some states, it is still possible for children to be taken into custody, or worse, permanently removed [1]. In addition, marijuana use, medical or otherwise, can complicate custody disputes because it can be used as leverage in court [2]. “If it’s a really bitter divorce or separation, you may see one party that’s the non-marijuana user call Child Protective Services, or at the very least threaten to,” explains Nicholas Dowgul, a North Carolina-based divorce attorney” [3].

Moms for Marijuana International disagree. The activist group of moms are about supporting parents who use marijuana and make it their mission to combat Child Protection Services about incidences where children are needlessly taken from their families. “Immediate harm is required by law to remove a child from his or her home. The science and toxicology of cannabis have proven that cannabis is NOT harmful. But surely, ripping families apart is,” states a post submitted to Ladybud Magazine, a publication with “a focus on activism specific to Drug War reform and other socially progressive issues.” Moms for Marijuana aims to “spread awareness, increase and promote education, and create educated discussion within our local communities that is based upon scientific evidence, critical thinking, and logic.” With 70% of the U.S. population voting to legalize medical marijuana, it is safe to say that most people do not believe using medical marijuana will make someone a bad parent [4].

Instead of asking whether medical marijuana can make someone a bad parent, the real question should be, “How can medical marijuana make someone a good parent?” Many believe using cannabis is no different than having a few alcoholic beverages, and more parents are coming forward to tell how medical marijuana makes them better parents. While most are unable to accept the idea that using marijuana in front of their kids is acceptable, it is becoming nearly as common as drinking alcohol. Legalization in many states is helping people to feel more relaxed about their use of cannabis. One Colorado based mother told the “Colorado Pot Guide,” “I was on prescription medications for years after my kids were born to just help me sleep, and my doctor wanted to prescribe additional medications to help my anxiety. I researched tons of alternatives and finally landed on cannabis. I have found that an edible or two in the evening helps my brain chill, my body relax, and even relieves my aches from being active all day. I sleep better and it has helped me to be a calmer mom to my boys” [4]. In an interview with “CPG,” another mother testified, “When I start getting frustrated or overwhelmed, I smoke pot as a reset button. When I get upset and snappy, we both need a break. She does her thing while I step away and smoke.” This parental timeout allows her to be a “more present parent,” she added” [4]. Medical marijuana can relieve stress and anxiety, even that which is related to parenting, but be sure to check local laws before becoming too comfortable about using it in front of children [4].