Improve Your Emotional Health With an Ohio Medical Marijuana Card 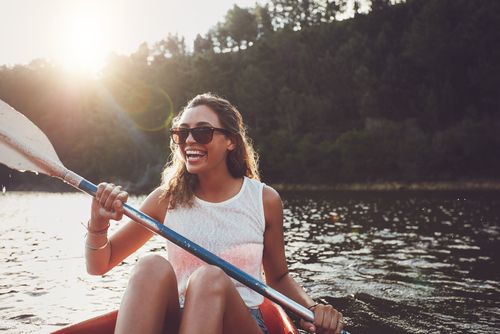 In modern times, it seems the importance of mental and emotional health cannot be overstated. People who are emotionally healthy are happier in their relationships, more productive and satisfied with their work, and may even live longer. There are many ways to improve your emotional health, and a medical marijuana recommendation may be another one worth considering. At DocMJ we make Ohio medical marijuana recommendations easy and affordable. Complete our eligibility survey today to find out instantly if you pre-qualify for an Ohio medical marijuana card!

What is Emotional Health and Why is it Important?

Emotional health, like physical health, plays a critical role in making sure our body functions correctly, and it goes beyond simply feeling sad or happy. In fact, physical and emotional health may be more intertwined than most people think. One study found that men who have undergone stressful life events without a social support network had higher mortality rates than men with strong emotional support [1]. Another study found that positive emotions may provide some level of resistance against rhinovirus and influenza [2].

Marijuana can have profound effects on the brain ranging from physical to emotional, and even behavioral, changes. The endocannabinoid system may be responsible for at least some of these effects, and is thought to, in part, modulate certain brain activities by inhibiting the release of neurotransmitters and working to “guide” the growth of axons and synaptogenesis (the formation of new synapses) [3]. These effects of the brain have made marijuana an important new area of study for both psychologists and neuroscientists, which has led to exciting possibilities in both the treatment and attenuation of some mental illnesses.

The most widely known of these possibilities is likely marijuana’s effects on patients with PTSD, one of the qualifying conditions in Ohio’s medical marijuana program. Traditionally, PTSD would likely be treated using anxiolytic medications and SSRIs, however it was found that these were only partly effective with between twenty and thirty percent of patients experiencing remission [4]. As such, researchers began looking for alternatives, including behavioral therapy and other pharmaceutical targets such as GABA receptors and, recently, the endocannabinoid system.

This is because cannabinoid receptors have been found all over the central nervous system, including the hippocampus, amygdala, and cortex of the brain. These areas are vital to our emotional responses, with the hippocampus being generally known as being responsible for consolidating memories, the amygdala having a primary role in decision-making and emotional responses, and the cortex playing a role in several important processes including memory, thought, and consciousness. The hippocampus and amygdala are also two major parts of the limbic system, which overall deal with emotion and memory. Perhaps unsurprisingly, then, studies have found that activation of cannabinoid receptors in the amygdala may stop the consolidation of “bad” memories and activation of receptors in the prefrontal cortex may also reduce depression [5].

The benefits of medical marijuana do not stop there, as our emotional and physical states are closely tied. It can be thought of as a two-way street, where sometimes the cause of our emotional distress can be physical problems, such as pain or discomfort. For these cases, CBD has been found to have anti-inflammatory and overall analgesic properties, which those suffering from a variety of conditions have used to increase their quality of life and overall happiness.

Emotional health is a vital, though often overlooked, part of our overall well being. People who are going through emotional turmoil and are not well supported may have increased mortality rates and be more susceptible to infection and sickness. For some people, medical marijuana can help them overcome or control certain emotional and mental problems. The wide range of effects cannabinoids have on the body allow users to combat both physical and mental issues in a safe and effective way. When combined with other positive mental and physical practices, these benefits can be increased. If you need help finding a certified Ohio medical marijuana doctor, DocMJ is here for you! You can book an appointment online at DocMJ.com or by calling (877) 899.3626.