Influential Women In Cannabis Everyone Should Know About 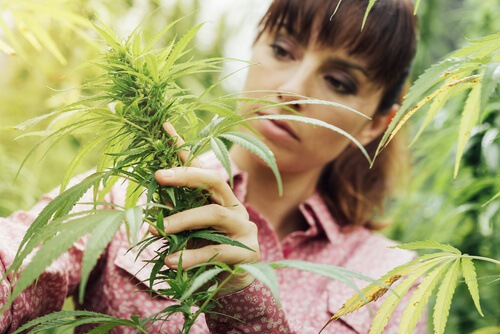 The contributions of women in almost any industry, science, or history are often overlooked and undervalued. With Women’s History Month coming up, we hope to bring more awareness to women’s contribution to marijuana’s societal rise in both business and science, while keeping in mind the many other women who work every day to help us learn more about our bodies and ourselves. If you have questions about medical marijuana itself, or would like to start the process of getting an Ohio medical marijuana card, the DocMJ website can help you get in contact with a certified medical marijuana. We also have a quick quiz where you can find if you pre-qualify for a medical marijuana recommendation in just 5 minutes or less.

We start with a name that many people will not recognize, but Dr. Howlett is someone who may have had a greater impact on medical marijuana than almost anyone else. She was a key researcher on the study that first identified the CB1 cannabinoid receptor and developed one of the tools that led to many more discoveries about the endocannabinoid system. Since that time, she has continued to work to deepen our understanding of the endocannabinoid system, focusing on the function of cellular signaling pathways and their modulation of other systems. She currently works at Wake Forest university at the Howlett Lab where she is involved with both academic and private sector research and development.

It’s hard to overstate how integral the discovery of cannabinoid receptors are to society’s understanding of marijuana and its impact on our bodies today. From the initial identification of the CB1 receptor in 1988 [1] came our understanding of marijuana’s effect on the brain, how cannabinoids bind to certain receptors, a deeper understanding of memory and cognition, and countless other things that are still being discovered. This snowball effect of scientific understanding is difficult to quantify, but without the discovery of the CB1 receptor, it is not unlikely that current marijuana research would be years behind where it is now.

Jane West was a relative newcomer to the marijuana movement when she founded Women Grow in 2014. Prior to that, she worked as a corporate event planner, though she was later released when her employer spotted her consuming marijuana on CNBC [2]. Luckily, she moved deeper into the marijuana world, first hosting marijuana-based gatherings and later starting the previously mentioned Women Grow and the Jane West lifestyle brand.

Women Grow is focused on bringing women to the forefront in the marijuana industry. It was started with the purpose of helping women learn and connect with each other through community events, leadership summits, and online newsletters. Her efforts are  likely one of the reasons women make up over thirty percent of executives in the marijuana sector, ten percent above the national average.

Ellen Komp is likely best known as the Deputy Director of California NORML. NORML, or the National Organization for the Reform of Marijuana Laws, is a non-profit that focuses on both medical and recreational marijuana laws. It was first founded in 1970 and has since gone international, with several branches in other countries such as France, Canada, and the UK. Ellen Komp, who began her life as a marijuana activist in the early 90’s, has long worked to improve public perceptions of marijuana, and writes for several online platforms, including a blog where she focuses on the impact of women on marijuana throughout history through the lens of politics, entertainment, and philosophy [3].

While these three women have contributed tremendously to the common goal of furthering our understanding and appreciation of marijuana, there are many, many more who have worked hard and helped countless people. The local and national lawmakers and activists who have helped make medical marijuana legal in over half of the United States, the physicians and pharmacists who work to make sure we stay safe, and the researchers and assistants who help bring into focus the mechanisms and systems that make everything work all are integral to the marijuana movement.

Women have played an important role in almost every aspect of marijuana’s history in the US. Business-wise, there is a flourishing group of women leaders who have made the marijuana sector more inclusive than almost any other. Scientifically, much of today’s understanding is built on the backs of influential women pioneers and today’s researchers continue to build on it. Women have also been highly integral in marijuana advocacy and legalization efforts, leading to today’s much more accepting world. If you, or someone you know, is looking for an affordable Ohio medical marijuana recommendation, DocMJ is here to help! Our website offers answers to commonly asked questions, more blog posts, and an eligibility survey which can tell you if you may instantly pre-qualify for a recommendation!