Is a Pre-Existing Endocannabinoid Deficiency linked to PTSD in Ohio? 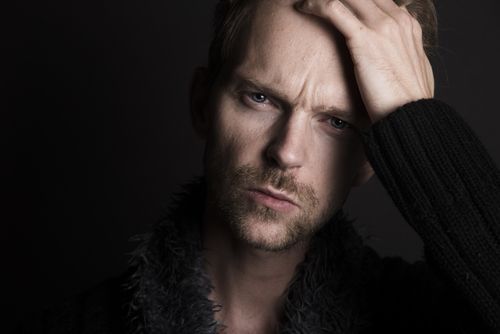 In Ohio, in order to be eligible for a medical marijuana recommendation you must first be diagnosed with one of the qualifying conditions. The conditions can range from physical to mental and cover a wide variety of illness and disease, but we will be focusing on PTSD. In this article, we will look into what PTSD is and how the endocannabinoid system may play a bigger role in it than you might think.

If you live in Ohio and are considering getting a recommendation for medical marijuana, our Ohio medical marijuana doctors are here to guide you through the process! The first step is to complete our online eligibility survey. In just 5 minutes or less you can find out if you pre-qualify for Florida medical marijuana.

PTSD is a mental disorder that can be triggered by witnessing or experiencing a traumatic event. It can cause a variety of symptoms, including flashbacks, nightmares, and severe anxiety in those who suffer from it. Generally, those that witness such events can get better with time and self-care, those who experience PTSD however, have symptoms that can last months to years and may even get worse [1].

The treatment for PTSD is complex as well, and can take many forms depending on the person. Several different forms of therapy and combinations of medications may be used to get symptoms under control. Research shows that cognitive processing therapy, exposure therapy, and group therapy are especially effective. Generally, people with PTSD have also found help in improving the related conditions that may come with PTSD. For example, successfully treating anxiety and depression can help improve PTSD symptoms. It is also recommended to take part in calming alternative treatment regimens outside of therapy, such as meditation and yoga [3].

Recently, it has been found that the endocannabinoid system may contain certain “biomarkers” for those with PTSD. To explain this, it is first important to know what a biomarker is. To start, biomarkers have become a hugely influential finding both in clinical practice and research. The is that there are “objective indications of [the] medical state observed from outside the patient”. Essentially, it means that there are signs of a condition or disease that we can measure. This is of huge importance, especially for mental disorders, as they can help physicians and therapists determine the best course of action for that particular patient. For example, two PTSD patients can get the same therapy and medication, but only one responds to it. With biomarkers, we may find the inner workings of one patient to be more receptive to a different medication, improving their care.

One of the complexities of PTSD is due to its neurological nature. We have been able to accurately diagnose PTSD for quite some time, but have yet to find a universally accepted biological cause. The leading idea is that, rather than one part of the brain behaving abnormally, it’s several parts working in tandem causing the problem.

Since the link between PTSD and the endocannabinoid system was discovered, researchers have been looking into possible therapeutic uses. Some studies have found success treating recent trauma with cannabinoids, stating that their results “strongly suggest that exogenous cannabinoids administered in proximity to trauma exposure could prevent the development of PTSD-like symptoms” in animal models [7].

Continuing from this, other studies have looked into how cannabinoid therapy can help those who already have PTSD. One such group used Nabilone, a synthetic form of THC, to help PTSD patients lower the number of nightmares they experienced. The experiment was a success, finding that 34 out of 47 patients had either a cessation or significant reduction in the number of nightmares experienced [8]. Another study found that by adding THC to existing medications, they had improved sleep quality, reduced nightmares, and reduced hyperarousal.

Even beyond PTSD itself and into other mental disorders, the endocannabinoid system and cannabinoids themselves have been found to have strong effects. Considering the severity of PTSD’s related conditions, cannabinoid therapy opens exciting possibilities. Studies have shown marijuana to be effective in anxiety reduction, relieving depression, and as a sleep aid for many people.