Is Autism a Qualifying Condition for an Ohio Medical Marijuana Card? 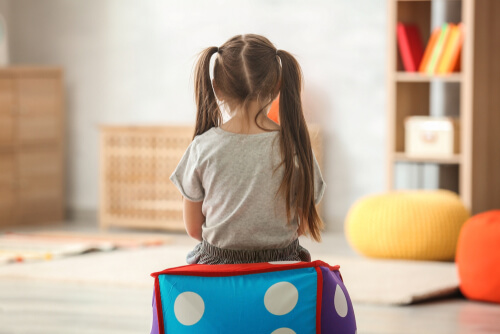 Autism has only recently become truly recognized by society as a whole. I’m sure many people reading this right now have learned more about the nature of autism in the last five years than the rest of their lives combined. That sentiment is also true for most doctors and researches as well. Autism was one of the least understood conditions until around the turn of the century. Since then, a myriad of different treatments, therapies, and ways to manage the condition have been developed, and medical marijuana may be the next big addition to that list. If you are interested in becoming an Ohio medical marijuana patient, start by completing our easy, online eligibility survey! This survey will tell you instantly if you pre-qualify for a recommendation. Have questions? Speak with a DocMJ Patient Care Coordinator at (877) 899.3626 or by using the Live Chat feature located at the bottom right corner of our website. Our team is here to help!

Autism spectrum disorder can be thought of as an umbrella term for a combination of several conditions. There are several symptoms that have become common markers of Autism. These include problems with social interaction, having repetitive behaviors, and sudden mood changes. However, not every person with ASD will have the same symptoms to the same degree, with most patterns being unique to the individual. People with ASD may also be “high functioning” or “low functioning”, depending on the relative severity of their symptoms.

These symptoms usually appear early in the person’s life, with the average age of onset being before the two years mark. While the cause of ASD is unknown, higher parent age, low birth weight, and having a sibling being diagnosed with ASD are all risk factors. Since ASD has become more understood, adult diagnoses are now more common. Compared to diagnosing ASD in young children, diagnosing it in adults is generally more difficult due to many of the symptoms being similar to other separate conditions.

At this stage of consideration, the Board is looking into research on the effects of marijuana on the brain and how it can benefit the life of a person with ASD. Usually, the Board would also be requesting expert opinions on the matter, but that step is being skipped this time around.

So, what evidence is there of any effect marijuana may have on people with ASD? The idea starts with the endocannabinoid system, or ECS. The ECS consists of the cannabinoids our body naturally produces and the receptors designed to respond to these cannabinoids. As it turns out, chemicals produced by marijuana also have an effect on these receptors, and these receptors have many effects. It has been found that the ECS has a hand in regulating the body’s immune response, multiple cognitive processes, and even fertility and hormonal cycles.

The proposing the addition of ADS to qualifying conditions cite studies showing the neuroprotective and anti-epileptic properties of marijuana [2]. Research has also shown that these neurological benefits may extend into fighting depression, anxiety, and improving a person’s mood.

Just because something works on paper does not guarantee it will work in real life though. So one group of researchers documented the overall impact that marijuana use had on a group of people with ASD. The study found that a majority of participants had improvement, with more than half reporting a moderate improvement [3].

Some people remain skeptic, though, and believe that marijuana may have a negative effect on users in the long-term, especially users that are not neurotypical. They believe that the changes in brain chemistry brought on by marijuana use may actually lead to worsening symptoms and depression or anxiety.

ASD is not a current qualifying condition for medical marijuana in Ohio, but it is being considered. It is thought that people with ASD can benefit from marijauna due to its effects on the brain, though research is still not fully clear. Based on current data, however, there seems to be a net positive effect. If you are looking for answers to frequently asked questions surrounding Ohio medical marijuana recommendations, please visit our FAQ page located under the ‘Resources’ tab.

[2] Efficacy and safety of medical cannabinoids in older subjects: a systematic review