Is Cannabidiol (CBD) Addictive? Know the Facts in Ohio 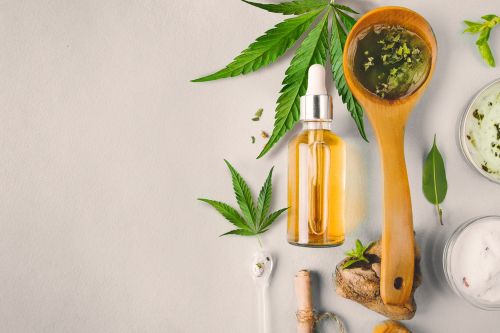 With the recent legalization of hemp farming, curiosity about CBD has increased dramatically. Working with its chemical sibling, THC, CBD can cause the body to undergo many changes, most of which are still just being discovered. Because of this influx of new information and interest, there have also been many questions and concerns raised over the efficacy and safety of the new chemical, with one of the most common causes of unease being whether or not it may be addictive.

If you have any questions about medical marijuana, DocMJ is here for you! Speak with a Patient Care Coordinator today at (877) 899.3626. Our website offers easy, online booking and an eligibility survey which can tell you if you pre-qualify for a recommendation instantly!

What is CBD and What Does it Do?

CBD is short for cannabidiol and is one of the main active ingredients of marijuana. It is a phytocannabinoid, meaning it is produced in the marijuana plant (phyto- meaning of a plant) and acts on the cannabinoid receptors found in the body. Compared to endocannabinoids, which are cannabinoids produced within our own bodies, phytocannabinoids are concentrated in the resin made by the marijuana plant, which also contains many other important chemicals, such as terpenes. This resin is secreted from the trichomes of the marijuana, small hair-like growths that can also be found on many other plant species.

As far as why CBD is produced by the marijuana plant, at least evolutionarily speaking, the answer is still largely unknown with several competing hypotheses currently being researched. Luckily, however, it seems that, whether by chance or outside force, humans have found many beneficial uses for both marijuana and CBD, with some papers citing cultivation as far back as 10,000 years ago [1].In modern times, both marijuana and hemp are cultivated on a large scale for many reasons, including textile production, research, and pharmaceutical development. In fact, just last year, the University of Mississippi produced over two tons of marijuana solely for research purposes alone [2].

From that research, we have found that CBD in particular has huge effects across the body, including both mental and physical reactions. These can be anything from mood changes, to inflammation reduction, to reducing the incidence of seizures in some people. It enacts these changes by not only binding to the endocannabinoid system, but likely other receptors across the body as well. This biological versatility allows it to have such a wide range of use cases. For more information on CBD, the endocannabinoid system, and medical marijuana as a whole, check out some of the other articles on our blog!

Addiction is a tricky thing, as any person who has experienced it will tell you. It can come in many forms and can present a spectrum of symptoms depending on the individual, making it difficult to both treat and diagnose. In fact, there are even slight differences in definitions even between organizations. For example, the American Medical Association classifies addiction as a disease whereas the World Health organization defines it as a type of mental and behavioral disorder. Despite these differences, most mental health workers use the tools laid out in the DSM-5 to diagnose addiction, with patients needing to meet at least six of the eleven criteria in order to be deemed addicted.

These criteria are quite general problems such as taking more of the substance than a person is meant to and spending excess time trying to get and use the substance. Many people often find themselves answering yes to one or two questions for a few things in their life, and this is the start of a complicated rabbit hole and the difference between chemical and behavioral addictions.

To get back to CBD, a 2017 pre-review report from the World Health organization stated that “human experimental research indicates that CBD is not associated with abuse potential”, and that it may actually show promise as a way to treat certain addictions[4]. This anti-addiction property was also noted in a 2019 study, which found that CBD significantly reduced craving and anxiety, along with the heart rate and cortisol levels in those with a drug use disorder [5]. It was also found that over half of chronic pain patients reduced or eliminated their opioid analgesics within eight weeks of introducing CBD-rich hemp extracts into their regimens [6].

However, these studies used high quality CBD extracts, which lack THC and, in some cases, other chemicals found in marijuana. They were also designed with chemical addiction, rather than behavioral addiction, in mind, so there is some area left open to interpretation. In the case of marijuana products containing excessively high amounts of certain chemicals, it has been found that marijuana use disorder can develop [7]. While dependence and addiction are very different, use disorders can still cause withdrawal-like symptoms in some people.

CBD has stolen the spotlight in recent years, and for good reason. It can help many people who may not have had all of their needs met by traditional means and seems to lack the addictive properties of other pharmaceuticals. Despite this, it is important to keep in mind that there have been diagnosed marijuana use disorders in users who excessively use highly concentrated forms of marijuana. As always it is important to speak with a certified medical marijuana doctor about any questions you may have. If you’ve been searching for a certified Ohio medical marijuana doctor, look no further! Visit DocMJ.com to learn more about us, our affordable pricing options and why we are Ohio’s fast growing group of cannabis physicians.

Looking for a superior CBD product that’s backed by science and recommended by physicians? Check out Doc-CBD!