Is Cannabis an Effective Treatment Option for Skin Cancer? 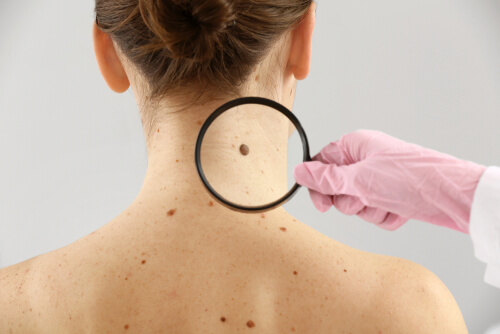 The most common form of cancer in the United States is skin cancer. [1]  While some people are at higher risk than others to develop skin cancer, anyone can get it. Many people are turning to medical marijuana in Florida to alleviate the symptoms of skin cancer. If you are interested in seeing if you might qualify for a Florida Medical Marijuana Card this survey will tell you if you could be eligible.

There are plenty of reasons medical marijuana can help those suffering from the different types of skin cancer. By booking a risk-free appointment with a Florida Medical Marijuana Doctor you are able to see if you will benefit from the many medicinal properties of medical cannabis.

What Exactly is Medical Marijuana?

The main components of the cannabis plant are its cannabinoids, terpenes, and flavonoids. These chemicals work together to produce different forms of relief and medicinal properties. The two most common cannabinoids that are used in these products are delta-9 tetrahydrocannabinol (THC) and cannabidiol (CBD) which have been studied for their anti-inflammatory, pain relieving, anxiety reducing, and many other properties.

In Florida, qualified patients have the ability to get products from Medical Marijuana Treatment Centers (MMTC) which are more commonly referred to as “dispensaries.” These dispensaries sell products ranging from smokable whole flower and vape cartridges to capsules and transdermal patches.

Skin cancer is the out-of-control growth of abnormal cells in the outermost skin layer caused by unrepaired DNA damage that triggers mutations. [2]  These mutations cause skin cells to multiply rapidly and form malignant tumors.

There are four main types of skin cancer:

While there has been substantial progress in the treatment of cancer in general, malignant melanoma, in particular, is resistant to existing medical therapies. Several studies have shown that cannabinoids can reduce cell proliferation and induce apoptosis in melanoma cells.

For over three decades, the major treatment options for melanoma therapy have been a combination of different medicines but have not shown to be extremely effective. The efficacy of all these conventional treatments such as surgical resection, immunotherapy, and chemotherapy is limited due to the high metastatic rate of melanoma, multiple resistance mechanisms, and the undesirable side effects of some of these therapies.

The human skin has the endocannabinoid system composed of enzymes, receptors, and ligands which regulates skin homeostasis including the release of inflammatory compounds, cell differentiation, and division. THC can bind to receptors in the endocannabinoid system (ECS) helping to regulate cell division and potentially inhibiting or killing melanoma [3]. As a result, cannabinoids have been used as therapeutic agents for several human and animal disorders like cancer.

Recent studies have indicated that targeting the endocannabinoid system with cannabinoids can reduce the growth of breast, colon, liver, and prostate cancer [4,5]. Cannabinoids have also been used to successfully treat cancer cachexia, increasing the appetite of cancer patients [6]. In addition to increasing appetite, some patients even use cannabis to help alleviate pain and nausea caused by traditional treatments.

Medical cannabis and its derivatives can target tumor cells without exerting a cytotoxic effect on healthy cells which is its main benefit compared to chemotherapeutic agents which also affect cancerous tissues [7,8]. Cannabis extracts help to enhance survival rates and improve the quality of life in melanoma patients [9].  Cannabinoids also help regulate the signaling pathways involved in cell division, inhibiting division or metastasis of cancer cells, enhancing autophagy, and inducing apoptosis. [10]

Traditional treatment for skin cancer can cause a variety of unwanted symptoms. Treatment options for skin cancer will vary, depending on the size, type, depth and location of the tumors. Small skin cancers limited to the surface of the skin may not require treatment beyond an initial skin biopsy that removes the entire growth.

If additional treatment is needed, other options may include:

In more serious cases where chemotherapy and radiation therapies are used, people can experience different unwanted symptoms that cannabis can help. These include:

Other symptoms may include

Patients can choose a variety of different medical cannabis products to help alleviate these symptoms. The following are some products that are available for qualified Florida Medical Marijuana patients:

If you are still curious about getting your medical marijuana card in Florida, here are some Frequently Asked Questions that might help ease some of your concerns. The compassionate Florida Marijuana Doctors at DocMJ are here to answer any additional questions you might have. Book your risk-free appointment today to get started on your path to natural relief today!