Is Cannabis Effective in Treating Autoimmune Diseases in Ohio? 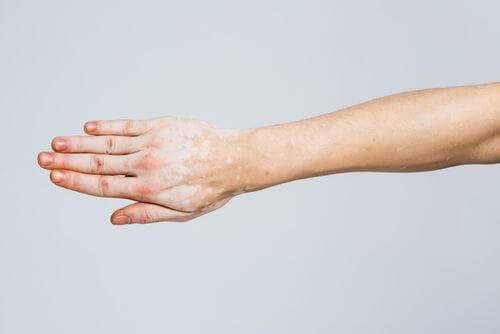 While scientific advancements have brought greater understanding to us about our health, uncovering the cause behind chronic diseases is still challenging, especially when it comes to autoimmune conditions. At present, there are more than 80 known autoimmune disorders affecting the human body, and more conditions that researchers could still find to be linked to autoimmunity. In this article, we explore what constitutes an autoimmune disorder, their conventional treatments, and how cannabis can be used to help balance immune function, decrease inflammation, and alleviate the many symptoms of autoimmune disesaes.

What is Autoimmunity (AI)?

Autoimmunity is known as “a misdirected immune response that occurs when the immune system goes awry and attacks the body itself.”2 To some extent, all bodies experience an autoimmune response that is usually harmless, but an overactive immune response causes many illnesses called autoimmune disorders, or diseases.2 Essentially, the body sees healthy tissues as invaders called antigens. The body attempts to balance this response by activating a variety of cells which produce antibodies that attack the foreign invaders.1-3 The antibodies prevent infection and ward off microorganisms (germs) like fungi, viruses and bacteria, parasites, cancer cells, and transplanted organs and tissues. When the immune system is behaving normally, it recognizes the foreign antigens, activates and mobilizes a defense against them, attacks them, then controls and ends the attack. Autoimmune diseases happen when the immune system is unable to fight against invading microorganisms, and instead, attacks healthy cells in the body.3

Autoimmune disorders affect various parts of the body depending on the location of the attack. As examples, an attack on the joints can result in rheumatoid arthritis, an attack on the thyroid can result in Hashimoto’s, and an attack on the dermal layer of the skin can result in psoriasis. Some disorders affect multiple parts of the body, like lupus, which can spread to the digestive system, skin, brain, and joints. While the cause for autoimmunity is largely unknown, most researchers agree it is caused by a genetic predisposition followed by events like infections, leaky gut syndrome, parasites, or a traumatic experience.1 To date, there is no known cure for autoimmune diseases.4

The consensus among medical professionals is that once an autoimmune response has been set off, it cannot be controlled, thus the body cannot be returned to its normal state. However, many practitioners of alternative medicine believe otherwise – that these negative responses can be reversed or greatly improved. Typically, patients are given prescription medications with no education around adopting a better diet, exercise regimen, or other change to the environmental factors that may play a part in immune system response. These prescription medicines, usually immunosuppressive drugs made from synthetic antibodies, simply shut off the immune system. They are not without side effects.1 For example, nonsteroidal anti-inflammatory drugs (NSAIDS) like Ibuprofen and Naproxen can cause high blood pressure, dizziness, headaches, stomach ulcers, and liver or kidney problems.4 “According to DR. Bonni Goldstein, a cannabis friendly doctor in Southern California, many patients who try immunosuppressive medications end up discontinuing them due to unfavorable side effects. In her experience, patients seek holistic treatment options for autoimmune diseases.”1

A research team at the University of South Carolina directed by Mitzi Nagarkatti, Prakash Nagarkatti, and Xiaoming Yang have discovered new data about the immunosuppressive qualities of THC as it relates to autoimmune diseases. Published in the online Journal of Biological Chemistry, the study observed recent scientific findings about the ways our environment triggers change outside of DNA while still affecting changes to DNA expression in the genes. The collection of molecules in the outside environment that alter DNA function are called “the epigenome.” For this study, the research team hypothesized that THC can change DNA expression through “epigenetic pathways.” The findings of the study show THC can change the molecules, known as histones, of epigenome to suppress inflammation. Some inflammation is beneficial to the body, and the researchers acknowledged the negative potential for cannabis to suppress it.5 Still, they suggest cannabis may be effective in treating any autoimmune condition exacerbated by inflammation, such as multiple sclerosis, colitis, rheumatoid arthritis, Crohn’s disease, celiac disease, psoriasis, type 1 diabetes, Hashimoto’s, and lupus.4-5-6

“In a 2014 placebo-controlled trial, researchers treated 21 Crohn’s patients with either cannabis or a placebo. 11 patients were given cannabis. Out of the 11, five patients were in full remission by the end of the trial. 10 of the 11 patients showed improvements in their Crohn’s symptoms, compared to only 4 of 10 placebo controls.”6

Overall, cannabis carries fewer side effects than prescription medications typically used to treat autoimmune diseases. Besides treating inflammation, it can calm many other symptoms of autoimmunity including pain, redness and swelling, headaches, nausea, loss of appetite, muscle aches, anxiety, trouble concentrating, skin rashes, fatigue, and numbness or tingling in the hands and feet.4-7 However, we still have a lot to learn about cannabis and autoimmune diseases as more clinical data is needed to solidify these findings.8 Always talk to your doctor about what treatment plan is best for your condition. The above referenced information is for the purpose of research in alternative medicine and not a substitute for professional medical advice.

Our caring staff of Ohio Medical Marijuana Doctors is ready to evaluate your condition. If you feel you have a condition that is treatable with medical marijuana, the first step is to take our eligibility survey. In just 5 minutes, you could pre-qualify for a Ohio medical marijuana recommendation. An Ohio Medical Marijuana Doctor will then determine if you qualify during an in-person exam. For more information, visit https://docmj.com/states/ohio-medical-marijuana-card/.