Is Cannabis the Answer to Treating Eating Disorders? 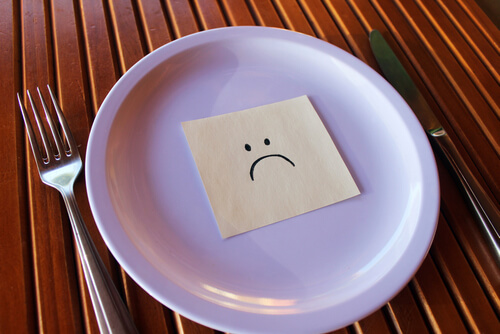 If you or someone you know are suffering from an eating disorder, medical marijuana could be right for you. This survey will quickly tell you if you pre-qualify for a Florida Medical Marijuana Recommendation and be able to purchase legal, medical products from a cannabis dispensary.

Like any other health concerns, it is essential to understand what precisely an eating disorder is and how our bodies can directly benefit from using cannabis products. While there are many different types of eating disorders they all produce similar side effects that can potentially be managed with a medical cannabis regimen for Treating Eating Disorders.

Eating disorders are severe mental and physical illnesses that, even though treatable, can affect people of all genders, ethnicities, races, religions, ages, sexual orientations, and body shapes. The only other mental health disorder that has a higher mortality rate than eating disorders is opioid addiction.

At least nine percent of the world population suffers from an eating disorder, and 10% of those people will lose their lives as a result. Eating disorders can cause a person to suffer from additional health concerns such as anxiety, OCD, and depression. Most times, the person will not seek professional health to overcome the challenges.

There are a few different types of eating disorders: [1]

To understand how Medical Marijuana can help those suffering from an eating disorder, it is essential to know what the endocannabinoid system (ECS) is. The ECS is a network of receptors, endocannabinoids, and enzymes that help maintain the body’s ideal homeostasis state. The CB1 receptors, which are found in the central nervous system, essentially calm down overactive neurons throughout the body. Many of these receptors in the parts of the brain are responsible for controlling food intake.

In fact, there is clinical evidence that suggests there could be a relationship between the development of an eating disorder and a malfunctioning endocannabinoid system. [2] Treating Eating Disorders, Both animal and human studies indicated that CBI agonists have orexigenic effects, which enhance both appetite and the perceived reward value of eating. On the other hand, CB1 agonists have also been shown to help someone suffer from binge eating inhibit their food intake.

In 2013, the International Journal of Eating Disorders published a Danish study that found a synthetic form of cannabis may help anorexic patients gain weight for Treating Eating Disorders. Due to how they bind to CB1 receptors, cannabinoids can help reduce a person’s anxiety while encouraging them to eat a healthy amount of food without feeling guilty.

A recent study published in Biological Psychiatry demonstrated the endocannabinoid system’s role in all of this, and it showed that exogenous marijuana does affect one’s mood and feeding behavior.

The regulation of appetite and feeding behaviors are complex phenomena involving our brain, peripheral organs, and the numerous pathways that connect them. A group of scientists from the Katholieke Universiteit Leuven in Belgium investigated the role the endocannabinoid system plays in the brains of thirty women who were suffering from anorexia or bulimia and compared.

It was discovered that the ECS was significantly underactive in those women with an eating disorder is a part of the brain that is responsible for the integration of the taste of food with our emotional response to eating. Essentially, these women could not fully experience the pleasure of food and thus developed inappropriate rituals and responses to it. This same brain region, called the insula, has been previously linked to other eating disorders.

The insula is a small region of the cerebral cortex located deep within the lateral sulcus. It allows us to integrate the sensory parts of food, like taste and texture, with how hungry we are. It also processes information from sensations that determines how we feel pain, temperature, touch, and stomach issues. In summary, the insula is the part of our brains where our sensory experiences come together.

Our endocannabinoid system helps control how much pleasure we receive from sensory experiences; thus, it motivates us to repeat the experience over again. People suffering from an eating disorder obsess over food. An obsessive interest in food alongside an inappropriate emotional response is consistent with a dysfunction in the brain’s endocannabinoid system. This information can potentially help with the future treatment of eating disorders with cannabinoid-based medicines.

Eating disorders are complex conditions that typically result in many additional challenges. One major issue that eating disorders often occur alongside is anxiety. Anxiety is the body’s natural response to stressful situations, but it becomes debilitating and challenging to manage when it is present in one’s day-to-day life.

Regarding cannabis and anxiety, there is one thing to consider that research proves: lower doses of THC seem to alleviate anxiety while higher doses can exacerbate it. So if you are dealing with anxiety from an eating disorder, pay attention to your dose. Always start low and go slow.

Another issue that arises with people suffering from eating disorders, specifically anorexia, is that they are empowered by resisting food’s temptation. Therefore, the appetite-stimulating properties of cannabis might not necessarily overcome the neurobiological issues associated with their eating disorder.

But, one promising three-year clinical study on cannabinoids and weight gain found that anorexic patients who took synthetic THC pills for a month gained around a pound and a half than those who were given a placebo. This is a good step in getting patients suffering from an eating disorder healthy and happy again.

Qualifying for your Medical Marijuana Card in Florida

According to Florida state legislation, a qualified patient must:

The state has approved the following conditions of Florida to qualify patients for a medical marijuana recommendation:

Those suffering from an eating disorder can potentially turn their lives around with the help of medical marijuana and a treatment plan from their certified Medical Marijuana Physician. It can help calm anxiety, encourage appetite, manage symptoms of obsessive-compulsive disorder, and even help manage any kind of aches and pain throughout the body.