Is CBD Legal in Ohio? 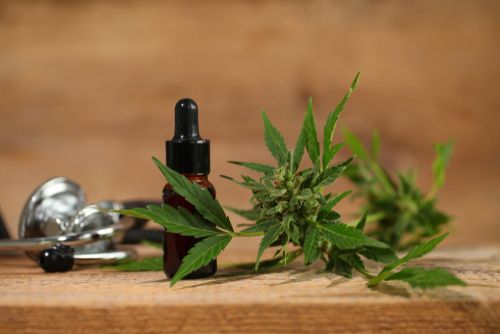 Medical marijuana is legal in Ohio and both physicians and patients have seen a multitude of benefits from the plant. One of the main contributors to this is CBD, the wonder-chemical proclaimed to ease anxiety, reduce pain, and fight nausea. Because of this, a multitude of CBD products can be found, ranging from pills to lotions. Despite the ease of access, some people still question the legality of these products, and for good reason. The law regarding marijuana, hemp, and their derivatives has been muddy at best, even to law enforcement officers. In this post, we will investigate what CBD is and if it is legal to have in Ohio.

Recently, CBD has been touted as a sort of medicinal marvel. People claim it can fight nausea, reduce pain, and even affect more abstract things, like increase virility and reduce anxiety. Many of these modern uses can be traced back centuries to ancient civilizations. In more contemporary times, researchers have been hard at work finding the actual mechanisms and systems that cause such effects.

The research regarding anxiety, for example, has found some truly exciting applications for CBD. Scientists have found interactions between CBD molecules and the receptors responsible for modulating fear and anxiety. It has been shown that by introducing CBD into the brain region responsible for feelings of distress, scientists can lower these emotions. This can have profound use in those with certain disorders such as PTSD or OCD.

Other researchers have found CBD to have analgesic effects, reducing discomfort in people with chronic neuropathic pain. In these cases, CBD has been shown effective in both case reports and double-blind, placebo-controlled studies. Some scientists believe this to be caused by the anti-inflammatory properties of CBD and would especially help those with rheumatoid arthritis or other auto-immune disorders.

Is CBD Legal in Ohio?

The legality of CBD in many states is unclear to most people, and it is easy to see why. Ohio and marijuana has a long history and has actually decriminalized the possession of up to one hundred grams of marijuana. Now, it is important to note that decriminalized is not the same as legalized. Violating the law will still result in a $150 fine and is called a minor misdemeanor, but it will not result in jail time and will not be added to the violator’s criminal record [1].

In 2015, the Ohio Marijuana Legalization Initiative (Issue 3) was added to the November ballot. If passed, the law would have allowed Anyone 21 years or older would have been able to purchase, possess, transport, use and share up to one ounce of marijuana. This amendment did not pass, with 63.65 percent of the votes for leaving the current laws unchanged. Much of the opposition to the plan came from the plan for production, leading to weak overall support.

One year later, governor John Kasich signed off on House Bill 523, which was subsequently approved by the state Senate and State House [2]. This bill legalized the use of medical marijuana in Ohio, outlining licensed producers, state-run testing labs, a certification for physicians, patient registration, marijuana processors, and dispensaries, and the system was to be up and running by late 2018. Outside of card-carrying patients, though, CBD was still not legal.

In 2018, President Trump signed the Farm Bill into law. The bill legalized hemp and hemp-derived CBD federally by reclassifying hemp as an agricultural product [3]. This, however, caused more confusion, leading some people to believe that CBD products were then legal everywhere. Some state laws had not yet legalized hemp, and therefore CBD, meaning it was still illegal to carry. In fact, one woman who had visited Disney World in Florida, a state that had not yet legalized hemp, was arrested when CBD oil was found in her bag [4].

On July 30th, 2019, Governor Mike DeWine signed off on House Bill 57, legalizing hemp and hemp products, marking the legalization of hemp-derived CBD for everybody [5]. Perhaps even more importantly, the law has immediately taken effect, removing CBD from Ohio’s controlled substances list. In the future, the law also allows Ohio farmers to grow hemp, once the agricultural officials have submitted the rules for doing so.