Is Lupus a Qualifying Condition for an Ohio Medical Marijuana Card? 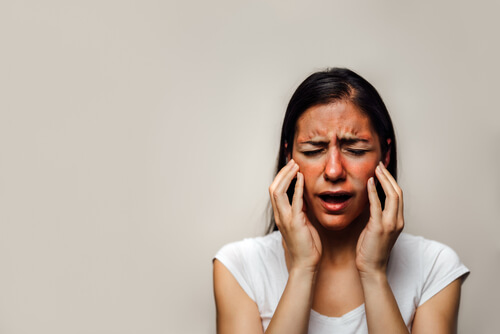 Lupus is largely either unknown or misunderstood by the majority of people, despite affecting an estimated 1.5 million people in the United States alone. Many of the symptoms of lupus are either similar to symptoms of one or more qualifying conditions in Ohio or are qualifying conditions themselves, leading people to question if lupus is a qualifying condition itself. If you are interested in becoming a medical marijuana patient, what the qualifying conditions are in Ohio, or just want to learn a bit more about its benefits, our website offers online booking, an option to chat with a Patient Care Coordinator, as well as an eligibility survey that can let you know instantly if you pre-qualify for a recommendation.

Lupus is an autoimmune condition, meaning that the body’s immune system attacks healthy cells. Because of the variety of cells in the body, there are a very wide range of symptoms. Common symptoms include fever, joint pain, facial rash, headaches, and fatigue. Currently, the cause of lupus is not understood, though there seems to be a genetic component as the risk of a person developing lupus increases if another family member has been previously diagnosed.

Diagnosing lupus is very difficult due to the variety of symptoms, so a significant amount of testing may be required. Blood tests commonly used to diagnose lupus include complete blood count and erythrocyte sedimentation rate. Physicians may also order urine and other organ function tests, depending on which organs or systems are being affected.

Is Lupus a Qualifying Condition?

To start, we have to look back at the endocannabinoid system (ECS). The ECS has been implicated in a huge amount of body systems, including memory, cognition, and, importantly, the immune system. With lupus being an autoimmune disease, the ECS was a logical starting point for research on how marijuana may interact with lupus. Luckily, this research was not in vain either, and it was found that people with systemic lupus erythematosus had an altered ECS [1]. This finding may lead to cannabis-based therapies in the future for patients with lupus and other autoimmune conditions.

Another benefit of marijuana lies in its anti-inflammatory properties [2]. Lupus is often treated with NSAIDs, a class of drugs that stands for Non-Steroidal Anti-Inflammatory Drugs. NSAIDs are often one of the first treatments used by physicians to help lupus patients due to their relatively mild side effects. There have been many cases of people being able to trade in NSAIDs, and analgesics, for medical marijuana with success, and some synthetic cannabinoids are now commonly used and have been approved by the FDA [3].

Medical marijuana also does not have to be the only treatment a lupus patient uses, it also works great as a complement to the medications and therapies they are already using! In these cases, marijuana may be able to raise the patient’s quality of life beyond what it already is. Before doing so, however, it is important to speak with a certified physician before making any changes to an established care plan. If you need help finding a certified Ohio medical marijuana physician, DocMJ can help! Our website offers answers to frequently asked questions, more blog posts, and an eligibility survey which can tell you if you pre-qualify for a recommendation in just 5 minutes or less.

[2] Cannabis sativa L. and Nonpsychoactive Cannabinoids: Their Chemistry and Role against Oxidative Stress, Inflammation, and Cancer

[3] Cannabinoids in the management of difficult to treat pain