Is Marijuana Good or Bad for the Heart in Ohio? 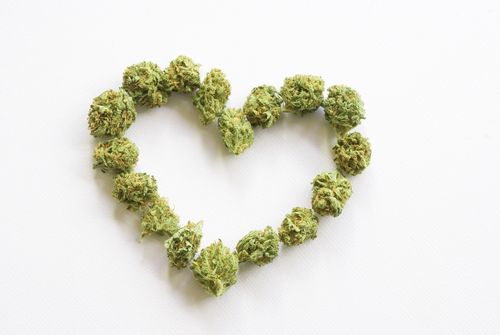 The effects of marijuana on the mind and body have been well documented, but there is still plenty of stuff we have yet to find. One such up and coming area of research is the effect marijuana has on the heart, one of the most vital organs in the body. Combine this upswing in research with heightened public interest in general health and the importance of this research grows even more. In this article, we will look at what the heart does and how marijuana can have far-reaching effects on the cardiovascular system.

Are you curious about whether or not you qualify for an Ohio medical marijuana recommendation? Find out if you pre-qualify in just 5 minutes or less my completing our online eligibility survey.

Generally, the main function of the heart is to pump blood. No surprises there. To do this, the cardiovascular system can be divided into two circuits; the pulmonary circuit and the systemic circuit.

This is a big, important job, and the heart cannot stop doing it. This is important, and means that it must keep beating, whether or not you are consciously controlling it. It’s similar to breathing, digesting food, and other bodily functions that must be done unconsciously. This is controlled by the medulla oblongata, a small bump between the spine and brain. The medulla is also responsible for controlling breathing and certain reflexes.

Another, lesser known, function of the heart is as an endocrine organ. First discovered in the 1970’s and early 1980’s, some cells in the heart produces a hormone called atrial natriuretic factor (ANF). ANF, also known as ANP, helps regulate blood volume and blood pressure by causing more water to be excreted by the body and the blood vessels to dilate. The heart also produces a hormone confusingly named brain natriuretic peptide (BNP), which also works to control blood pressure.

The reasons for consuming marijuana vary, but recently a huge amount of people have begun to do so for medicinal purposes. Luckily, research surrounding marijuana and its therapeutic effects has been ramping up and getting more mainstream.

While research on marijuana and the heart is not as numerous as, say, marijuana and tumor suppression, there are still many useful studies to look at. Some of which outlines the links between the endocannabinoid system and the cardiovascular system. Cannabinoid receptors have been found in the heart and it has been hypothesized that they help regulate heart rate and blood pressure [1]. THC and other endocannabinoids may also cause vasodilation [2] and the endocannabinoid system has been shown to have protective roles in certain heart cells [1].

Unfortunately, marijuana has also been linked to some worse outcomes as well. It’s been found that smoking marijuana can elevate the user’s heart rate between twenty and one hundred percent [3]. It has been hypothesized that this is caused by THC induced vasodilation, like we previously discussed. Another study also found that young patients who use marijuana may be at a higher risk for developing atrial fibrillation [4]. Some researchers believe that marijuana may change the natural electrical rhythm of the heart and how blood flows through the heart’s coronary arteries, causing problems.

Some studies go so far as to link marijuana and heart attacks in a small number of people, though the reason for this is still not known. For example, one study found that marijuana increased the risk of heart attack directly after ingestion by about five times [5]. Other studies have linked THC use to peripheral vascular disease due to blood vessel toxicity [6] or induced vasoconstriction [7].

On a lighter side, other studies show marijuana in a more positive light. One study followed about four thousand heart attack survivors and found no statistically significant link between marijuana use and morbidity [8]. Other studies also point to uses for marijuana that indirectly benefit the heart, such as helping tobacco smokers quit. It was shown in one study that tobacco smokers given cannabidiol reduced smoking by forty percent compared to a placebo group [9]. Marijuana has also been linked with smaller waist circumference and lower obesity rates [10][11].