Is Medical Cannabis an Effective Treatment for Glaucoma & Other Vision-Related Conditions? 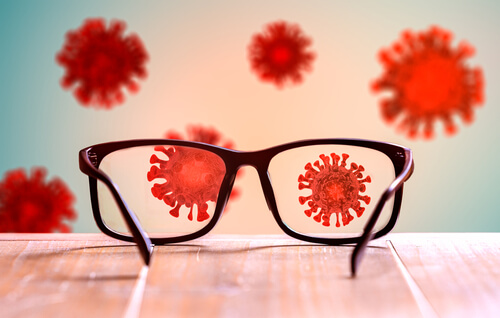 Our eyes are extremely important to our everyday lives, but most of us take them for granted. While people often consider facets of physical health like diet and exercise, healthy eyes are easily overlooked. Especially now that screens take up more of our time than almost anything else, considering how we can secure a better future for our eyes is important, and marijuana may play a more important role than most people think. If you have any questions about medical marijuana, are curious if it fits your needs, or want to find a nearby Ohio medical marijuana doctor, DocMJ can help you! Our website offers a quick search of certified doctors and a quick and easy pre-qualification exam!

The Eyes Have It

In past blog posts, we have taken a look at the endocannabinoid system as a possible target for many common health problems. Now, we will focus on the function of the ECS in the eye. Before we do that, though, it may be helpful to give a quick overview of the basic anatomy and physiology of the eye, because some of the science gets complex.

The eye is complicated out of necessity. It has to move around, focus a lens, and relay information to the brain constantly and without conscious effort. To do this, light must travel through a couple different parts of the eye. First, light hits the cornea, moves through the pupil, then the lens, then through the largest part of the eye, the aqueous humor, and finally hits the retina, which contains photoreceptors. The iris is the structure that surrounds the pupil and is the colored part of the eye. The lens is stretched and relaxed by muscles in the eye and helps us focus on nearby or far away objects. If you are far-sighted or near-sighted, the lens in your eye may not be able to bend light correctly. Your lens loses elasticity with age, causing many older people to need reading glasses to focus on smaller objects.

Now that we know the basic functions of the major parts of the eyes, what function does the ECS have? To start, it may play a role in the healing of our eyes after injury. It was found that cannabinoid receptors were upregulated following injury to the cornea in mice [1]. The same study found that if the genes responsible for encoding the cannabinoid receptors were deleted, the injured cornea took longer to heal.

In another animal study, mice who had damage to the cornea were divided into two groups. One group experienced induced cannabinoid receptor activation, and the other did not. The mice in the first group had overall lower pain less inflammation than mice in the second group [2].

What Can Marijuana Do?

There are many things that can go wrong in the eye, even other than those caused by mechanical injury. Glaucoma, for example, is generally caused by high pressure in the eye which can cause damage to our optic nerve. This “intraocular pressure” was found to be lowered after ingesting marijuana in a study in the early seventies [3]. While this does not mean that marijuana is an effective treatment for glaucoma, it opens some exciting doors.

Another benefit that has been found is potentially for those with dry eye disease. Though many people associate marijuana with causing dry eyes, it has been found that the ECS may modulate the levels of inflammatory cytokines and other proteins implicated in the disease [4]. In an experiment where people with dry eye disease were treated with eye drops containing specific endocannabinoids, those that activated certain cannabinoid receptors were found to improve tear quality and lower eye redness [5].

Unfortunately, the effects of marijuana on other vision-related conditions are not very well studied, and the findings that are published are largely contradictory. However, many of the people who use medical marijuana do so not to cure the condition, but to fight symptoms. These symptoms can include pain, problems sleeping, and depression caused by stress related to the condition. In these cases, marijuana can still help. Studies have found marijuana to be a great anti-inflammatory and anti-anxiolytic, which can help increase a person’s quality of life significantly.

The eye is an important and complicated organ. Because of its inherent complexity, there are many possible points of failure. Modern research has found that some of these problems may be helped by using the endocannabinoid system as a point of therapy. Marijuana has also been found to have some beneficial effects on the eye in certain instances, though this is not always the case. If you, or someone you know, is looking for an affordable Ohio medical marijuana recommendation, DocMJ is here to help! Our website offers answers to frequently asked questions, more blog posts, and an eligibility survey which can tell you instantly if you pre-qualify for a recommendation!

[4] CannabinEYEds: The Endocannabinoid System as a Regulator of the Ocular Surface Nociception, Inflammatory Response, Neovascularization and Wound Healing