Is Medical Cannabis the Answer to Treating Motor Tics in Tourette’s in Ohio? 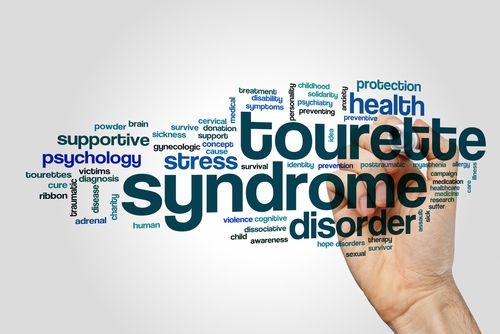 The state of Ohio currently allows medical cannabis use for 21 health conditions. One of these diagnoses is Tourette’s syndrome, a disorder involving tics or involuntary and repetitive vocalizations and movements. Tourette’s is diagnosed in childhood and is characterized by at least 2 motor tics and one verbal tic, not necessarily experienced at the same time, lasting for at least a year each, and not associated with another medical condition or drug abuse.(1) Research has shown that medical cannabis use can be beneficial for patients with this condition. If you are a parent or caregiver of a patient with Tourette’s syndrome and would like to find out if they pre-qualify to become an Ohio medical cannabis patient, take our quick eligibility survey. You can talk to one of our Ohio Medical Marijuana Doctors to find out the most effective products, routes, and dosing options for this condition as well as many others.

Tourette’s is most often diagnosed in children between the ages of 3-9. It is a neurological disorder first identified in 1885 and occurs around 3x-4x more frequently in men than in women. It affects the basal ganglia, the part of the brain responsible for voluntary motor movement. The tics (or involuntary movements and sounds) patients experience can range from recurring sudden and brief movements and vocalizations known as simple tics to those referred to as complex, which may involve the following:

Tics are often compared to the urge to sneeze or scratch an itch. Patients cannot control them, and trying to hold them back can not only increase stress but it may cause the tic to become worse. Some patients find that focusing on a task will help minimize the frequency and severity of their tics. Not all tics last for a long time – some may only be present for a brief interval, while others can continue to happen for years. As patients get older, they may notice their tics occur less often. (4)

Tourette’s syndrome patients may also be diagnosed with attention deficit hyperactivity disorder (ADHD), obsessive compulsive disorder (OCD), depression, anxiety, sleep disorders, problems with impulse control and conduct, and learning difficulties. The medications used for these conditions as well as the neuroleptics most often relied on to treat their Tourette’s symptoms can have significant side effects, including an increase in tics. (5)

While the cause of Tourette’s syndrome (TS) is currently not fully understood, it is believed to somehow involve CB1 receptors, which might help explain why cannabis helps decrease not only tics but also the emotional issues that accompany this condition. While neuroleptics and other drugs used to treat Tourette’s can often have negative and sometimes significant side effects, studies show treatment with cannabis has no negative effect on attention, short term verbal and visual memory, intelligence, verbal learning, reaction time, recognition, and information processing. In fact, in contrast to healthy cannabis users, TS sufferers treated with THC demonstrated an improvement in both visual perception and concentration. (6)

In 1999, an open study was conducted that showed using one single dose of THC not only decreased the intensity of one patient’s tics by 70% but also stopped this patient’s coprolalia, stabilized impulse control, helped improve focus, and slowed the tic urge. Another patient found that taking cannabis along with their prescription medication improved her condition better than either drug did on its own. During this trial period it was discovered that using cannabis helped increase several patients’ focus and ability to concentrate. The use of THC was also demonstrated to help increase the effectiveness of dopamine receptor-blocking medication, thereby decreasing the number and severity of tics experienced by a number of patients. Patients who had been diagnosed with OCB or obsessive-compulsive behavior reported a significant improvement in the symptoms related to this condition when using cannabis to help treat their Tourette’s syndrome. (7)

Patients using a combination of THC and CBD may experience a more significant reduction in the frequency and severity of tics due to the entourage effect. CBD moderates the psychoactive effects of THC and helps with insomnia, anxiety, aggression, and other triggers that stimulate tics. It may also help moderate factors that affect the intensity of tics in some patients. (9)

Another study found that among patients using cannabis for their Tourette’s syndrome, those who vaporized it or used other forms of inhalation reported significantly greater improvement in their symptoms than those using other forms of cannabis including THC or THC/CBD preparations including oral sprays, oils, and tinctures. This is possibly due to first-pass metabolism and the entourage effect. When interviewed after the study, 82% of patients who had tried cannabis reported an improvement in their symptoms. (10)

Due to their relaxing nature, Indica and Indica-dominant hybrid strains may work best for Tourette’s patients. Since they have sedating properties, they are best used in the evenings or before bed.

Tourette’s syndrome is a lifelong condition with symptoms that come and go. Many people with this illness learn to manage their symptoms in order to lead productive and fulfilling lives. While there is no cure for Tourette’s syndrome, the ability of medical cannabis to interact with the endocannabinoid system and work to minimize the effects of this condition provides a significant advantage over other treatment options. An Ohio medical cannabis recommendation will provide access to products that will help control your symptoms, boost your mood, experience more restful sleep, and have an overall better quality of life than you would have if you were relying on often-ineffective pharmaceutical drugs.