Is Medical Marijuana an Effective Treatment for Lyme Disease? 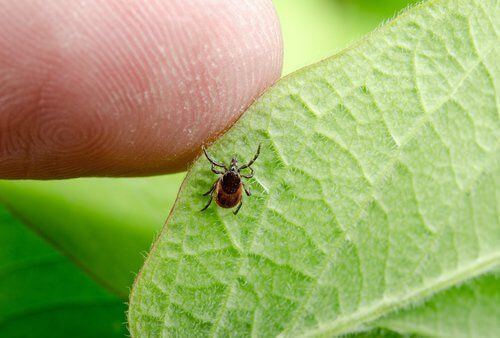 Medical marijuana is still growing across the United States, literally and figuratively. New Jersey is looking into new laws to expand their medical marijuana program and Michigan, Utah, and Missouri have voted to legalize marijuana for medical use as well. In many of these States, Lyme disease is a serious concern and many people continue to suffer despite using traditional pharmaceuticals. In this post, we will cover what Lyme disease is, what causes it, and how medical marijuana can help those living with it.

If you or someone you know have questions about becoming a Florida medical marijuana patient, our team of medical professionals is here to help! To start the process of obtaining a Florida medical marijuana recommendation, click ‘Get Started’ at the top of our web page to complete our online eligibility survey. In just 5 minutes or less you can find out if you pre-qualify.

What is Lyme Disease?

Lyme disease is an infection caused by the bacteria Borrelia. The disease is usually transmitted through the bite of infected ticks, most commonly blacklegged ticks. Once infected, symptoms include fever, headache, fatigue, migraines and a “bulls-eye” shaped skin rash. Due to the method of transmission, it is possible for a person to become infected with both Lyme disease and other tick-borne diseases.

While most cases of Lyme disease are diagnosed based on physical symptoms such as the rash and fever, lab testing may also be used. If caught early, Lyme disease is easily treated with antibiotics in both children and adults and complete recovery is the norm.

If the disease is left untreated, however, more serious symptoms arise. Several days or months after infection, patients may develop a drooping of one side of the face, heart palpitations, nerve pain, inflammation in the brain or spine, and even memory problems.

Even with proper medical care, patients may develop Post-Treatment Lyme Disease Syndrome (PTLDS). It is estimated between ten and twenty percent of those infected develop this condition. The known symptoms include pain, fatigue, and difficulty thinking for more than six months following treatment.

Luckily, the prevention of Lyme disease is simple and the CDC provides many helpful tips:

While there was once a Lyme disease vaccine, production stopped in 2002. Due to the protection of the vaccine wearing off, if you were once vaccinated, it is likely you are no longer protected. For more information on Lyme disease, please visit the CDC and Mayo Clinic websites.

How Can Medical Marijuana Help People with Lyme Disease?

As it is now, medical marijuana is being used by some Lyme disease patients to combat the chronic symptoms common in long-term infections. These include chronic pain, inflammation, and insomnia. Some are even using it to combat the other tick-borne pathogens that may come along with Lyme disease.

Likely the most well-known use of marijuana is as an analgesic. It has been used this way for centuries and continues to be used this way for good reason. In the case of Lyme disease, marijuana may provide relief from neuropathic pain. A 2015 review of six randomized controlled trials and two hundred and twenty-six total patients concluded that there was evidence for use of medical marijuana along with traditional medicine [1]. Other studies have also found evidence of marijuana working to reduce pain [2][3].

It has been hypothesized that this effect may be due to some chemicals in marijuana fighting inflammation and thus reducing pain. This effect has been found before as well [4]. It was also found that the cannabinoids present in marijuana act to fight inflammation through mechanisms different than those employed by NSAIDS (nonsteroidal anti-inflammatory drugs) [5]. This is an important distinction as well, because many patients with Lyme disease find NSAIDs ineffective in fighting certain symptoms, and marijuana may help close the gap. Marijuana has also been shown to have neuroprotective effects [6], which may further help those with Lyme disease.

Medical marijuana may also be able to help patients get more sleep. Lyme disease sometimes causes certain people to have trouble sleeping and some studies have found marijuana to be an effective sleep-aid. One such study discusses the effects of both THC and CBD on sleep, stating that CBD might have potential in insomnia therapy [7]. The study goes on to say that CBD may specifically help those with REM sleep behavior disorder (which may have to do with the sedation effects of the chemical) and daytime sleepiness.

Medical marijuana causes a variety of effects that may help those living with Lyme disease and even PTLDS. This includes use a sleep-aid, anti-inflammatory, and analgesic. In fact, some patients have found medical marijuana to be more effective than traditional pharmaceuticals.