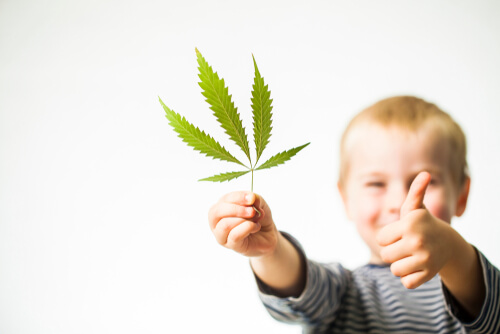 Ohio’s medical marijuana program has grown considerably since its introduction in 2018. In fact, according to the OMMCP itself, there are currently over one hundred and fifty thousand registered patients as of November thirtieth and has amassed over two hundred and sixty million dollars in sales [1]. However. Many people may not know that some of these users are actually “underage” and have gotten special permission from a certified physician to get access to medical marijuana. While this may seem surprising, it is not only becoming more common, but has been done for quite some time. If you currently live in Ohio and have other questions about medical marijuana, its safety, or the process of getting a medical marijuana card, DocMJ can help you find a nearby certified medical marijuana doctor through our website. You can also find out if you may qualify for a medical marijuana recommendation by completing our pre-qualification exam!

How Safe is Medical Marijuana for Children?

As we know, some medicines are not suitable for children. We know that children’s bodies are not suited to certain treatments and may not respond well to, or be damaged by, some things that are completely fine in adults. Things like alcohol and, traditionally, marijuana are classic examples of this. But, that comparison may not be fair, as many patients that may have originally been thought of as “too young” have had exciting results and large quality of life increases after starting to use medical marijuana products.

Perhaps the most famous child to use medical marijuana is Charlotte Figi, who suffered from Dravet syndrome and went on to gain national recognition after controversially starting treatment with medical marijuana. Dravet syndrome is a form of epilepsy and by the age of five Charlotte was experiencing over three hundred seizures a week. After trying many forms of treatments, Charlotte’s parents found a low-THC, high-CBD strain of marijuana that reduced the number of seizures to about every other week, a huge change [2].

However, this is only one case, and it is important to consider as many variables as possible before drawing conclusions. The differences in genetics and physiology between children, and adults, can cause huge differences in drug effectiveness and even change the perceived side effects of a medication. Another important phenomenon to consider is drug “programming” [3]. Programming happens when a certain stimulus is enacted at a critical point in development. One general example can be found in nature. It was found that preterm infants who were fed breast milk exclusively (thought to be a more nourishing food) had a lower incidence of necrotizing enterocolitis compared to those fed exclusively formula [4].

These same fears are echoed in some circles regarding medical marijuana. Some believe that marijuana use in minors can cause lower intelligence, stunted growth, and increased violence. Others believe marijuana to be a “gateway drug” that will make children more comfortable with other, and potentially more dangerous or illicit, drugs. While large amounts of research are still being done on these claims, with varying degrees of agreement, there have been a few studies that point out some concerning trends in states with medical marijuana programs.

One such paper came out in 2015, and succinctly describes the more negative findings of research on the effects of medical marijuana in children. The paper points out the fear that use in children and young adults may result in increased dependence later in life, and that there is some evidence of possible alterations in brain development if marijuana is used before the body is fully developed [5].

On the other hand, some studies have pointed out the benefits of allowing certain children access to medical marijuana products under specific conditions, and that some potential fears may be unfounded. One of these being the belief that states with medical marijuana programs experience an increase in adolescent use. Current numbers, however, show the opposite [6]. Another benefit of medical marijuana is its versatility. Marijuana can tackle many problems, including inflammation, chronic pain, wasting syndrome, and many others. There are few treatments that offer that level of adaptability, and it could help reduce a child’s dependence on other medicines.

Can Children Get Medical Marijuana in Ohio?

In short, yes. Children can get access to medical marijuana in Ohio. If the patient is under the age of eighteen, they can still be recommended medical marijuana by a certified physician. However, the patient’s parent or guardian must apply on behalf of the patient and act as their caregiver. The caregiver part is crucial, as the parent or guardian must submit a caregiver registration form through the OMMCP website and pass all prerequisite screening in order to be eligible.

Medical marijuana can be hugely beneficial for many people, including children. This does not mean, however, that it is without its drawbacks and all possibilities must be considered before starting its use. While current research does point out some potential for danger when used by a minor, it is also easy to find its benefits, both of which must be weighed. If you, or someone you know, is looking for affordable Ohio medical marijuana recommendations, DocMJ is here to help! Our website offers answers to commonly asked questions, more blog posts, and an eligibility survey which can tell you if you instantly pre-qualify for a recommendation!

[3] How children’s responses to drugs differ from adults (nih.gov)