Knockout Inflammation with these Cannabis Terpenes in Ohio 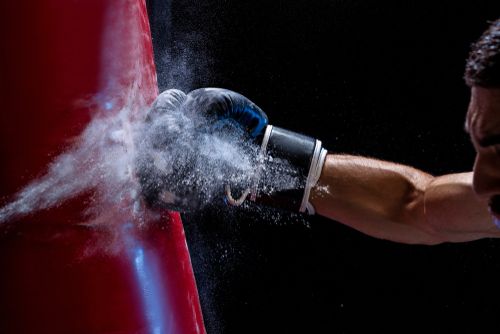 Knockout Inflammation with the Cannabis Terpenes

Terpenes are responsible for the flavor, aroma, medical benefits, and effects of many plants, including cannabis [1]. As people become more aware about how terpenes enhance their experience with using marijuana, they have begun to choose specific strains depending on which condition is being treated. A recent study suggests that terpenoids from cannabis are very effective in treating inflammation, so that more is understood about how the components of marijuana work together to treat many illnesses [2].

If you’re wondering if an Ohio medical marijuana recommendation is right for you, schedule an exam with one of our Ohio Medical Marijuana Doctors. Completing our eligibility survey takes only 5 minutes. Find out if you pre-qualify for a recommendation today!

Terpenes are fragrant compounds found in many aromatic plants, such as trees, herbs, and fruits. The components that make up a terpene are known as terpenoids. Mangoes, for example, contain the terpene myrcene which is said to provide a better high when eaten 30 minutes before consumption of marijuana. The terpenes in marijuana are responsible for its distinct flavor and smell as well as protect the plant from pests. Two things influence the formation of terpenoids in marijuana: The producer’s curing methods and the genetics of the plant [2]. Terpenes determine the kind of experience one has when consuming cannabis, and without them, cannabis would have no flavor. One dispensary owner, Randy Villarba, has said, “The cannabis community is educating itself one flower at a time. Compared to several years ago, terpenes weren’t even part of the discussion when it came to cannabis. As the market continues to mature, cannabis users will start reading terpene profiles the same way people read bear, alcohol by volume” [3].

Until now, most studies have been focused on how THC and CBD reduce inflammation. A recent study published in the journal Cannabis and Cannabinoid Research suggests terpenoids are responsible for the anti-inflammatory response that marijuana provides. Israeli researchers extracted terpenoid rich oils from three varieties of marijuana and tested them in mice and on cells. The first experimental round determined that terpenoids were not as effective as CBD and only partly suppressed inflammation. The second round revealed “moderate anti-inflammatory activities in mice” [4]. However, the researchers found that terpenoids mitigate inflammation differently than CBD. They said “different chemotypes of cannabis have a distinctive composition of terpenoids. These essential oils do have anti-inflammatory and antinociceptive activities that vary according to their composition, but they had no effect on TNFa titers [antibodies]. We suggest that terpenoids may be used to diminute acute inflammation effect, whereas cannabinoids to inhibit chronic inflammation symptoms” [4].