Long-Term Cannabis Use & Risk of Oral Cancer: What Ohio MMJ Patients Should Know 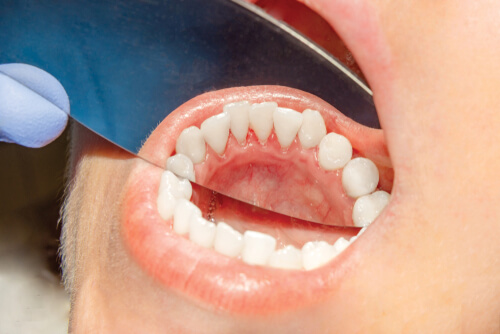 Oral cancer, similarly to oral health overall, is a form of cancer that has a much larger impact than many people realize. We use our mouths for eating, drinking, communicating, and so many other things that allow us to connect with the outside world and each other. It is exposed to a much wider range of chemicals and substances than many other parts of the body, but we often don’t consider what those chemicals could be doing. So, how does marijuana, in its many forms, affect our mouths, and, if it does, are the effects good?  If you or someone you know has questions like this about medical marijuana, the team at DocMJ is here for you! We can help you quickly and easily find nearby certified physicians through our website where we also offer an eligibility survey which can tell you if you pre-qualify instantly!

What Is Oral Cancer?

Oral cancer is cancer of not only the lips or mouth, but also the upper throat. The terms lip cancer, cheek cancer, and tongue cancer are all forms of oral cancer. In the mouth, cancer usually looks like white or red spots that don’t heal. It can also result in pain in the jaw  or ears and can also cause dental problems.

Common causes of oral cancer are  tobacco use, including cigarettes, chewing tobacco, and cigars, heavy alcohol use, and HPV, a virus that has been linked to numerous other forms of cancer as well. Diagnosing oral cancer usually consists of a physical exam and biopsy to rule out other health conditions. Treatments for oral cancer are surgery to remove the tumor, radiation and chemotherapy to kill the cancerous cells, and immunotherapy to use your body’s natural defenses to attack the cancer.

Does Marijuana Cause Oral Cancer?

Most people are familiar with the association between tobacco and cancer. The fact that smoking tobacco raises a person’s risk of developing oral, throat, and lung cancer has been heavily advertised and publicly accepted for decades. The reason smoking tobacco causes all of these kinds of cancers is due to the presence of carcinogens. Any time you ingest a carcinogen, be it by smoking, eating, vaping, or any other method, your chance of developing cancer increases. These carcinogens can be present either in the tobacco itself or the added flavorings or preservatives. This is also why smokeless forms of tobacco are also associated with an increased risk of cancer. In fact, the World Health Organization found almost thirty different carcinogens in smokeless tobacco products [1].

Luckily, in Ohio, smoking marijuana is not legal, meaning that these findings don’t apply, right? Kind of. So far, there is not much research on the effects of marijuana on cancer and the risk of developing cancer, and the research there is can be confusing and even contradictory. Based on the research that is currently out, though, it looks like the risk of developing cancer due to using medical marijuana may be present, but in specific circumstances. For example, vaping marijuana has not been found to cause any form of cancer. In fact, it was found that there was no link between marijuana use of any kind and oral cancer [3]. The dry mouth and reduced saliva production caused by marijuana increases the risk of developing periodontal disease and gum cancer, however [4].

There is no evidence that marijuana use causes any form of oral cancer. If you are at higher risk of developing oral cancer, though, take into consideration the form of medical marijuana you are using. If you are vaping, it may be worth considering switching to edibles, tinctures, or even topicals. For more information on medical marijuana, its risks and benefits, or to get help finding a certified medical marijuana doctor near you, DocMJ is here! We offer online bookings through our website, a super fast eligibility survey, and many more informative articles and blog posts!

[3] Marijuana Use and Risk of Oral Squamous Cell Carcinoma