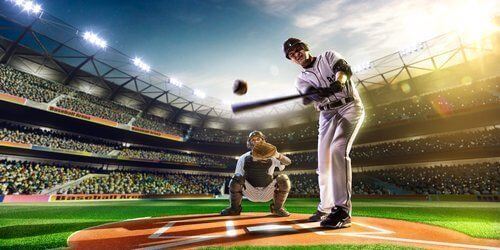 Marijuana has become hugely popular with a wide variety of people. From those with chronic conditions to those looking to take the edge off, marijuana is one of those things that can be worked into almost every way of life. Some places, including professional sports, though, have had continued anti-marijuana use stances for many decades. Things are beginning to shift, however, as athletes and scientists continue to learn and find more uses for marijuana on and off the field. In this post, we will consider the recent change in MLB policy regarding marijuana use.

How Can Marijuana Help Athletes?

Marijuana can have a wide variety of effects on the body. Both physical and mental changes occur when marijuana is ingested, and some of these can be used specifically to benefit athletes. An easy example is the anti-inflammatory property of marijuana. Over time, and after numerous strenuous exercises, inflammation caused by small micro-tears and injuries can lower an athlete’s performance. To fight this, CBD can be used to reduce the time needed to heal [1]. To compound this, some scientists have begun to research the effect of terpenes, the smelly stuff in marijuana, on inflammation, increasing its ability to fight inflammation [2].

Even beyond inflammation, marijuana can help fight certain kinds of pain and improve sleep. Neuropathic pain, or the type of pain that is caused by damage to the nervous system, has been a constant source of conflict in medicine. The mysterious and difficult nature of the pain has led many patients to simply accepting the pain as part of their life, as it cannot always be fought with common techniques or medicines. This nerve-based pain is also common in athletes, especially in their later years. Marijuana may provide relief to some people in this position, having been found to relieve pain that had previously been untouched by analgesics [3].

Sleep is incredibly important for overall health, and this fact is not underestimated in pro sports. Marijuana can help people fall asleep easier, especially those with certain insomnias or other issues. It is believed that this is due to THC, the psychoactive cannabinoid, but the effect is seemingly dose-dependent [4].

Unfortunately, marijuana can also have negative effects on the body. In regard to sleep, marijuana is a double-edged sword. While it can help people fall asleep easily, the resulting sleep can be of low quality and of reduced REM duration. Low REM sleep numbers have been linked to many serious health issues. Physical damage caused by marijuana is also a concern. The mental side effects can increase the risk of injury in those abusing it, and certain methods of application have been linked to some health problems. Smoking, for example, can lead to lung damage from the same carcinogens and toxins as tobacco smoke [5], and the American Lung Association has said that this damage can lead to chronic cough, wheezing, and acute bronchitis, all of which can greatly reduce physical potential.

How Do the Other Major Sports Stand on Marijuana?

With the NFL being the largest pro sports league in the United States, well laid out and straightforward policies are a must. In the NFL, which has a strict prohibition of marijuana, if you are caught testing positive for marijuana, you are placed in a substance abuse program. A second positive and you have a two-game fine, with more suspensions until the fifth positive, which can result in expulsion.

The NBA is next in line when it comes to how strict their policy is. The players are randomly tested four times each season between October 1st and June 30th. They are also tested twice during the offseason. If the player has tested positive, the first offence results in a mandatory substance abuse program, a second with a large fine, and the third and above resulting in increasingly long suspensions.

The NHL has the least strict marijuana policy. If a player is tested positive for marijuana use, their name is not made public and they are recommended to enter treatment. There is no fine attached to the program.

Marijuana and the MLB

To put it simply, marijuana is no longer a banned substance and is now treated the same way by the organization as alcohol. On the other hand, players will now be tested for opioid and cocaine use.  This means that a player will now only face punishment for violations done under the influence of marijuana, rather than outright use.

This change comes during a time where the use of opioids is under strict watch and marijuana is becoming more common and widely known. This is causing many people, states, and organizations to rethink their approach to marijuana use and therefore their policies. The players in the MLB will now be taught the dangers associated with opioids and how to use marijuana safely and effectively. The league has publicly stated that its reasoning for the change is to raise public awareness of opioid use, especially after the tragic death Tyler Skaggs, a young Angels player.

These changes are happening across the sports world. This includes the NFL, famous for its strict drug policies. As players and experts come forward about marijuana use, both public opinion and policies change.