Marijuana is Now Legal in the MLB in Ohio 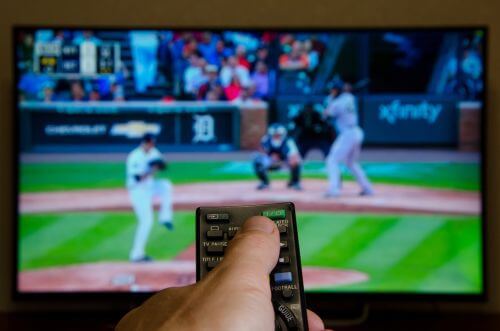 Research on marijuana is progressing at a rapid pace, with more uses and mechanisms coming to light every day. People have found uses for marijuana that may have once seemed nearly impossible and use it to fight anything from depression to chronic pain. Perhaps surprisingly, marijuana has also made its way into fitness and sports, with some athletes famously coming forward about their use. The professional sports leagues they play in, however, are still largely prohibitive, but this is beginning to change. In this post we will look into how athletes can take advantage of marijuana and the recent policy shift in the MLB.

How Can Marijuana Help Athletes?

Marijuana works on a variety of body systems, leading to many changes in the body. These physical and mental effects can be utilized by patients, doctors, and even athletes. An easy example is the anti-inflammatory property of marijuana. Over time, and after numerous strenuous exercises, inflammation caused by small micro-tears and injuries can lower an athlete’s performance. To fight this, CBD can be used to reduce the time needed to heal [1]. To compound this, some scientists have begun to research the effect of terpenes, the smelly stuff in marijuana, on inflammation, increasing its ability to fight inflammation [2].

Marijuana can also help athletes in other ways, such as helping them fall asleep and fight pain. Both chronic and neuropathic pain (pain caused by damage to the nervous system) have been difficult problems in the medical world. The mysterious and often difficult to treat nature of pain has led to many people simply accepting it as part of life. Pain may also be untreatable with traditional medicine, and these types of pain are common in athletes, especially those who have played professional sports long-term. Marijuana may provide relief to some people in this position, having been found to relieve pain that had previously been untouched by analgesics [3].

Sleep is another important facet of health, and marijuana has been found to help people fall asleep faster, including those with insomnia or other issues keeping them awake. THC, one of the main cannabinoids in marijuana, is thought to be the reason for this, though its efficacy may be dose-dependent [4].

Unfortunately, marijuana can also have negative effects on the body. In regard to sleep, marijuana is a double-edged sword. While it can help people fall asleep easily, the resulting sleep can be of low quality and of reduced REM cycles. Low REM sleep numbers have been linked to many serious health issues. Physical damage caused by marijuana is also a concern, and the mental side effects can increase a user’s risk of injury. Smoking, for example, can lead to lung damage from the same carcinogens and toxins as tobacco smoke [5], and the American Lung Association has said that this damage can lead to chronic cough, wheezing, and acute bronchitis, all of which can greatly reduce physical potential.

Where Do the Major Sports Stand on Marijuana?

The NHL is likely the most forgiving of the four major sports organizations. If a player is tested positive, their name is not made public and they are usually recommended to enter abuse treatment. There is also no fine attached to the positive test and the player is not punished in any other way.

The NBA is stricter, but not quite as strict as the NFL. The players are randomly tested four times each season between October 1st and June 30th. They are also tested twice during the offseason. If the player has tested positive, the first offence results in a mandatory substance abuse program, a second with a large fine, and the third and above resulting in increasingly long suspensions.

The NFL is the strictest of the four and is outright prohibition of marijuana. If a player tests positive, they are placed in a substance abuse program. A second positive and you have a two-game fine, with more suspensions until the fifth positive, which can result in expulsion.

Marijuana and the MLB

Traditionally, the MLB was a less-than-strict organization on marijuana. Recently, however, the MLB removed marijuana from the banned substances list, replacing it with opioids and cocaine. This means that marijuana use is now in the same ballpark as alcohol use, and players will only be punished for its use if they commit a violation while under the influence.

This change comes during a time where the use of opioids is under strict watch and marijuana is becoming more common and widely known. This is causing many people, states, and organizations to rethink their approach to marijuana use and therefore their policies. The players in the MLB will now be taught the dangers associated with opioids and how to use marijuana safely and effectively. The league has publicly stated that its reasoning for the change is to raise public awareness of opioid use, especially after the tragic death Tyler Skaggs, a young Angels player.

These changes are happening across the sports world. This includes the NFL, famous for its strict drug policies. As players and experts come forward about marijuana use, both public opinion and policies change.