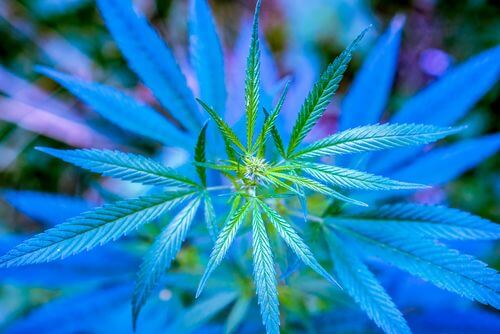 With over half of U.S. states legalizing medical marijuana use and the rise in the number of psychiatric patients seeking alternative remedies to prescription drugs for mental disorders, medical marijuana doctors are learning about ways that cannabis can help. Cannabinoid pharmacology is seeing increased awareness about cannabis and how it relates to the endocannabinoid system. Further studies about how cannabis helps those with mental health issues are developing and many have found cannabis to improve their quality of life [1].

If you’re wondering if medical marijuana (MMJ) is right for you, schedule an exam with one of our Ohio Marijuana Doctors. Completing our eligibility survey takes only 5 minutes. Find out if you pre-qualify for a recommendation!

Pharmaceutical companies have seen great profits over the past few decades as they have marketed their drugs during just about every television show aired in the United States. A higher percentage of the population rely on psychotropic medications to treat their mental health problems. While psychotherapy and counseling prove effective in helping psychiatric patients, many need medications to be able to function normally. This is because science has shown there to be a connection between the mind and body when it comes to chemical imbalances in the brain that result in things such as undesired thoughts and behaviors, anxiety, depression, and bipolar disorder. Unfortunately, the medications used to treat these conditions come with negative side effects, such as suicidal ideation. In addition, prescription drugs can be too expensive for many to afford [2].

Studies about the non-psychoactive component of marijuana, CBD (cannabidiol), have been effective in determining that it helps those with mental disorders (depression, anxiety, bipolar disorder). However, many psychiatrists and addiction specialists are reluctant to recommend cannabis to their patients because it is often seen as a “gateway drug” to be abused. For many patients, cannabis is preferred because it does not come with the negative side effects carried by prescription medicines. While cannabis does not compare to the addictive potential of illicit drugs, alcohol, tobacco, or other prescription drugs such as benzodiazepines, opioids, barbiturates, or stimulants, some psychotic patients should refrain from cannabis use or limit it to the smallest dose that is effective for them. As a drug, cannabis does have indications and contraindications. It is imperative that patients with any qualifying condition for a medical marijuana recommendation talk to a doctor about what is right for them [2].

Medical marijuana studies related to those with mental disorders have mainly centered around depression, anxiety, and bipolar disorder. There are many factors involved in treating mental disorders, and it is often a complex issue with results varying between positive, negative, and neutral. Researchers at the University of Colorado studied 375 students over a three year period to look at the correlation between those who use cannabis for anxiety and depression symptoms. They understood that human behavior is complex and therefore included temperament as part of the study:

Cannabis improves brain health by stimulating electrical activity which has anti-seizure effects for those with epilepsy. More doctors are recommending cannabis to treat seizures caused by a variety of illnesses. Symptoms that appear in patients with schizophrenia are a lost sense of reality, hallucinations, and speech problems. Ongoing research has found cannabis has antipsychotic effects, helping the brain and nervous system to regulate neurons that transmit messages to the rest of the body. Patients with PTSD (Post Traumatic Stress Disorder) relive past negative experiences that have affected brain health, and sufferers of this mental disorder require an increase in serotonin levels as treatment. Cannabis helps to increase serotonin levels, thus relieving the anxiety and fear associated with PTSD.

Whether medical marijuana will help your condition depends on many factors best evaluated by a medical doctor. If you feel you may benefit from medical marijuana, the first step is to take our eligibility survey. In just 5 minutes, you could pre-qualify for a recommendation. An Ohio Marijuana Doctor can then determine if you qualify during an in-person exam. For more information, visit https://docmj.com/states/ohio/