Marijuana Users Reduce Use of Pills and Alcohol in Ohio 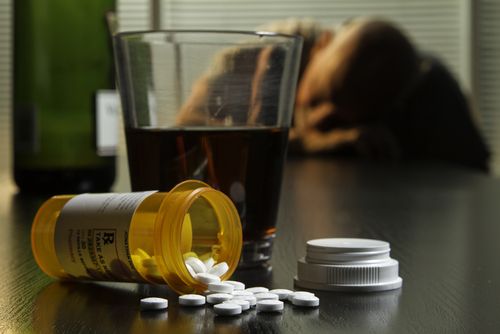 Marijuana Users Reduce Use of Pills and Alcohol

It has been long known that drugs prescribed to those wanting to reduce or eliminate their use of alcohol has many side effects, especially from drug interactions when more than one is prescribed. Likewise, many have found marijuana to be a viable alternative to prescription drugs for certain conditions, such as inflammation and pain. Since so many Americans are switching to marijuana over pills and alcohol, we examine the studies that show how this is made possible [1].

Is medical marijuana right for you? Schedule an exam with one of our Florida medical marijuana doctors. You may complete our eligibility survey in just 5 minutes or less to find out if you pre-qualify for a recommendation!

Marijuana as a Substitution

Those who substitute one drug for another, whether illicit or legal, make a conscious decision to do so based on: their potential for addiction, how safe they perceive the drug to be, how effective the drug is to relieve symptoms, and their level of access to and acceptance of the drug. Studies have observed that those using medical cannabis tend to do so in lieu of other drugs.

A medical marijuana dispensary in Berkeley, CA collected survey data from 350 anonymous patients, of which 53% drank alcohol at an average number of 2.6 days per week and 2.9 average drinks per occasion. 11% used drugs that were not prescribed to them, with MDMA, cocaine, and Vicodin used most frequently. Interestingly, 40% substituted medical marijuana for alcohol, 26% for illicit drugs, and 66% for prescription drugs! The most common reasons for substituting marijuana were reported as: less side effects (65%), better management of symptoms (57%), and reduced withdrawals (34%) [2].

Alcohol isn’t Worth the Calories or Hangovers

Chicago based millennial, “Jena,” started using cannabis products after consuming alcohol for almost 10 years. Despising the calories and hangovers from alcohol, she smokes marijuana a couple times during the week and consumes edibles made with CBD when she doesn’t want to feel high. Jena was spending $30-$50 per night on alcohol several nights per week, compared to $30 on marijuana for a whole month. In an interview for Market Watch, Jena said, “I realized that I get zero enjoyment out of drinking, and it costs me more money than weed does…I definitely enjoy weed better. It’s more relaxing, I don’t have to worry about how I acted the night before, and don’t have to deal with hangovers or throwing up the morning after” [3].

A common stigma around marijuana is that it isn’t as healthy as alcohol. Alcohol, being the more socially acceptable substance over time, seems to have won out until marijuana became legal in more states. In an article for Leafly, Bailey Rahn talked about how her alcohol usage decreased naturally as a result of trying marijuana. This is because alcohol tended to relieve stress without the hangovers, stomach aches, or lack of control. She feels marijuana provides an awareness of and appreciation for her senses, whereas alcohol diminished them. It enhances her creativity and social wellness, motivating her to be healthier and happier. Why hadn’t she tried it sooner? Simply put, marijuana hasn’t always been as socially accepted as it is becoming today [4].

A Safer Alternative to Opioids & Other Drugs

A study recently published in the Journal of Alternative and Complementary Medicine shows marijuana users to take fewer opiates and other medications. Study participants took part in a “medical marijuana program,” a peer-reviewed study designed to scientifically examine the correlation between prescription drug and marijuana usage. The researchers believe marijuana to be an effective solution to the American opioid crisis. Conducted at Depaul and Rush universities, the study was made up of 30 participants averaging 45 years of age. At the study conclusion, participants reported marijuana to provide faster pain relief than prescription drugs and with less side effects. Aside from opioids, participants were able to cut down on other drugs, such as OTC pain medicines, anticonvulsants, and anti-inflammatories [5].

Other studies have found that where medical marijuana is legal, opioid use has fallen. Papers recently published in JAMA Internal Medicine showing over five years of prescription data from Medicare part D and Medicaid prove opioid prescriptions and usage have drastically decreased. An earlier study found in states where medical marijuana is legal, deaths due to opioid overdoses fell by 25 percent. While the correlation cannot be proven completely, it stands to reason that people need options for pain management that don’t bring the side effects seen by those taking opiates. The proof is in the pudding, as more Americans than ever are willing to accept marijuana. A Pew survey recently found 61% of Americans are in favor of legalizing marijuana [6].

Whether medical marijuana will help your condition depends on many factors best evaluated by a medical doctor. If you feel you may benefit from medical marijuana, the first step is to take our online eligibility survey. In just 5 minutes, you could pre-qualify for a recommendation. A Florida medical marijuana doctor can then determine if you qualify during an in-person exam. For more information, visit https://docmj.com.