Medical Cannabis May Be Effective in Treating These Rare Diseases 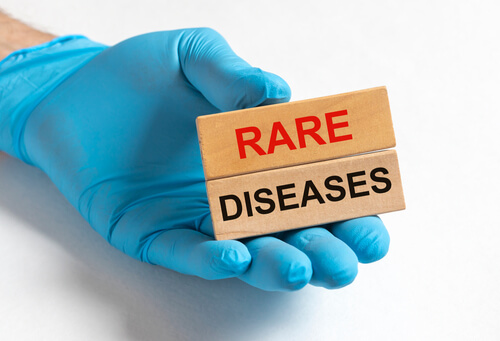 Cannabis is finally beginning to be normalized on a national level for its medicinal properties. Conditions such as cancer, chronic pain, Alzheimer’s, and many more are being managed with the help of medical marijuana products.

In 2016, Floridians legalized medical marijuana for a list of approved health conditions that qualified physicians can approve their patients for consumption. However, cannabis also has the potential to improve other conditions and diseases that are not mentioned on that approved list.

It is the responsibility of the qualified ordering physician to follow Florida law, diagnose patients with a qualifying medical condition and determine if medical marijuana is an appropriate treatment.

The following list of conditions are the only conditions that have been approved by the Department of Health’s Office of Medical Marijuana Use (OMMU) to be eligible for a medical marijuana recommendation:

Due to the verbiage of the last bullet, those suffering from other medical conditions not mentioned have the ability to be recommended medical marijuana in Florida. DocMJ offers a risk-free exam for first-time patients, promising a full refund if they do not qualify per state guidelines.

Other than those mentioned above, cannabis has the potential to help treat other rare diseases. The following are five rare diseases that medical cannabis might be effective in treating.

Tuberous Sclerosis Complex (TSC) is a rare genetic disorder that affects 7-12 people per 100,000. It causes benign tumors to grow within the eyes, brain, and other vital organs and is typically diagnosed during childhood or infancy.

It can result in the development of autism, epilepsy, behavioral problems, delay development, and various other symptoms. Epilepsy is the most common symptom associated with TSC, and roughly 60% of TSC patients have treatment-resistant seizures.

In TSC, genetic mutations change the expression of the two proteins: tuberin and hamartin. In healthy individuals, these proteins work together to control various parts of cell growth, division, and death. In addition, they also act as tumor growth suppressors, so the way TSC inhibits these proteins opens the opportunity for cell growth and the formation of tumors.

The endocannabinoid system plays a big role in TSC. Studies have shown that children diagnosed with TSC show abnormally high expression of CB₁-receptors during early brain development. It’s been suggested that the endocannabinoid system might play a role in processes related to cell division and death. Furthermore, CBD is an important anti-epilepsy drug that can manage seizures in TSC.

Worldwide, various peoples’ worlds use traditional cannabis preparations to fight parasites. This occurs mostly in developing countries where alternative medicine is still widespread — and where the rates of parasitic infections are much higher.

To no surprise, there is little modern research that shows the potential parasite-fighting benefits of cannabis. One small study that examined the usage of medicinal plants used to treat livestock animals in Uganda showed that cannabis had some activity against the parasitic roundworm Ascari suum. A. suum is a type of nematode worm, and cannabis has shown to fight several other nematodes too.

Another study involving a Washington State University anthropologist Dr. Edward Hagan examined 379 Aka pygmies in Africa’s Congo Basin. Around 95% of participants had worm-based parasitic infections, and many of them smoked marijuana on a regular basis. Dr. Hagen’s study found that a lower number of parasitic worms were present in adult Aka with higher concentrations of THCA in their urine.

CDKL5 is an extremely rare genetic disorder that is linked to the X-chromosome. It can cause developmental delays, scoliosis, poor motor control, limited speech, seizures, and various other abnormalities. Worldwide, there are only a little more than 1,000 cases of CDKL5.

It is associated with mutations in the CDKL5 gene, which is on the X-chromosome.

Very little is known CDKL5 Deficiency and there have been no formal studies into the potential of cannabis as a treatment. With that being said, several families of children suffering from the condition have reportedly seen great improvements after using CBD products.

For example, an 11-month-old girl was reported to have exhibited improvements in eye contact, alertness, muscle control, and overall progress after using CBD. Then in 2016, a 6-year-old lost her life from CDKL5, but when she was just two weeks old, her parents gave her CBD to help her manage life-threatening seizures that failed to respond to conventional treatments. This allowed Harper to manage her symptoms and live a normal life for the time she was alive.

Neuromyelitis Optica, also known as Devic’s syndrome, is a rare autoimmune disease that causes recurrent inflammation and demyelination of the optic nerve. It affects only around 1-2 people out of every 100,000 worldwide.

Neuromyelitis Optica causes loss of vision and spinal cord function; the latter can lead to muscle weakness, lack of coordination and bowel/bladder control, and loss of sensation.

Because of this, it is often mistaken for multiple sclerosis (MS), because it is often characterized by inflammation and demyelination of nerve tissue. However, there is a different autoimmune response is involved which is the biggest differentiating factor of NMO. NMO can cause physical decline at a much more rapid pace, and around 30% of sufferers die within five years of diagnosis. Whereas, the majority of MS sufferers can expect to live a normal or slightly reduced lifespan.

There was a study done in 2013 that examined neuropathic pain and hypersensitivity resulting from Neuromyelitis Optica, the endocannabinoids 2-AG and anandamide were both elevated in patients compared to the healthy control group. The study concluded that these endocannabinoids are released at higher levels in NMO sufferers, in order to reduce pain and to prevent hyperalgesia.

Behcets disease (BD) is an autoimmune disorder in which the immune system attacks various parts of the body. In North America and Europe, only about 1 in 15,000 to 500,000 are diagnosed whereas it is more common in certain regions of Asia and Africa with around 2 in 1,000 people.

BD can cause joint swelling, chronic pain, brain swelling, blood clots, and skin lesions. While the cause isn’t known, it is thought that this disease is caused by a combination of genetic and environmental factors. There is no known cure for this disease, but anti-inflammatory and immunosuppressive drugs may provide some relief.

There are several cannabinoids that are known for their anti-inflammatory properties, so some BD patients have reported subjective relief of symptoms when using cannabis. In the US specifically, the state of Illinois has included BD on its list of approved disorders.

While there has been some research done throughout the world on the healing properties of cannabis, there still is a lot of work that needs to be done to know its full medicinal benefits. It is showing to help a plethora of diseases and conditions and in the future only more and more information will be available.

If you think that you might benefit from the healing properties of medical cannabis, this survey will tell you if you qualify for your medical marijuana license. DocMJ’s team of compassionate and educated Florida Medical Marijuana Physicians can help you on your journey to finding the relief you deserve.