Medical Marijuana Can Treat Common Symptoms of Fibromyalgia in Ohio 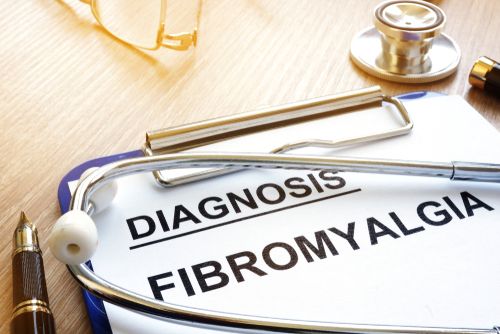 If you have more questions about Ohio medical marijuana and how it can help you, our physicians here DocMJ are eager to help! The first step is to visit us on the web and complete our online eligibility survey, followed by booking your in-person exam. During your exam, the physician will review your health records and determine if a medical marijuana recommendation is right for you.

Fibromyalgia (FM) is a very common condition. It is characterized by widespread, dull pain that can last for several months or years. In order to be diagnosed, the pain must have lasted for at least three months. Other symptoms include headaches, cognitive problems, sleep problems, depression, anxiety, TMJ, and digestive problems. Anybody can develop FM, but several factors seem to come with increased risk: likelihood increases with age; if you have a family history of FM, you are more likely to develop it yourself; and other diseases, such as rheumatoid and arthritis, seem to increase the likelihood of developing FM.

The cause remains unknown, but there are several theories that have been developed. A genetic cause has been shown in several studies, specifically showing serotonin transporter and receptor genes as potential candidates for further research [1]. Major traumas have also been linked to fibromyalgia. Several stress-linked conditions are often diagnosed alongside fibromyalgia, showing there may be a psychological component as well. This is compounded by some studies linking major depression and fibromyalgia.

Because the pain does not go away, many areas of the person’s life can be affected. For more information on fibromyalgia, please visit the NIAMS (National Institute of Arthritis and Musculoskeletal and Skin Diseases).

Medical marijuana is being used to help pain, mood, anxiety, and many other problems commonly found in individuals diagnosed with FM, so it makes sense that medical marijuana could help. However, it is important to remember that the underlying mechanisms for every condition and disease is different, so something that helps in one instance may not help in another.

It has been suggested that several conditions, including FM, may either cause or be caused by an endocannabinoid deficiency. This means that the body produces less or none of its natural cannabinoids, which may play an integral role in pain management, gastrointestinal mechanisms, and other pathways seen in these illnesses [2][3]. Cannabinoids have also been shown to reduce pain and inflammation, while also changing the way the brain processes pain [4].

Therefore, it is easy to see why marijuana may be able to help treat FM. Unfortunately, a clear answer has not been found and deep research is still lacking. Many of the results we do have, though, are positive.

Overall, medical marijuana does seem to help increase the quality of life of those with fibromyalgia [5][6]. In a recent article, researchers compared standard pain-relieving therapy to pain-relieving therapy combined with medical marijuana [6]. The study found that all 31 patients showed an improvement in all areas, specifically in lower back pain. In another scientific review, researchers found a significant improvement in pain, sleep disturbances, stiffness, mood, and anxiety [5]. In the same study, sixty-eight percent of patients were able to reduce their intake of other pharmaceutical drugs after they began using marijuana.

If you are looking for specific strains to help treat fibromyalgia, consider the Harlequin strain, which contains both CBD and THC. This may help because THC has been shown to help with headaches, common in those with fibromyalgia, and CBD has been shown to help with neuropathic pain and inflammation while also lowering THC’s high. Other high-CBD strains include ACDC and Redwood Kush. If you are sensitive to the mind-altering effects of THC, you may want to consider higher CBD strains, which will not produce the same effects.

Where is Research Heading?

Synthetic THC is already being used in the United States. The FDA has approved Marinol, a drug containing dronabinol, itself synthetic variant of THC, to treat CINV. Synthetic CBD is still being researched, though many biotech and pharmaceutical companies are racing to create it.