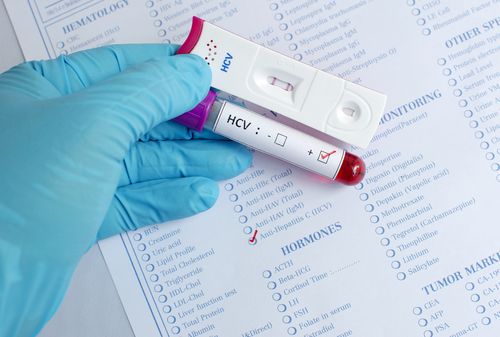 The viral causes of hepatitis are common in the United states. These viruses can come in several different forms (A, B, C, D, and E) and cause a range of problems. Hepatitis C (HCV) in particular is actually the most common blood-borne infection in the US. In this blog post, we will go over what hepatitis is and the research behind medical marijuana and the virus.

If you or someone you know have any questions regarding medical marijuana, our team of professionals are happy to help! To start the process of becoming a legal Ohio medical marijuana patient, click ‘Get Started’ on our homepage and complete our easy online eligibility survey.

Hepatitis itself means inflammation of the liver. The liver is a very important organ responsible for a variety of functions including filtering out toxins, breaking down carbs and fats, and synthesizing proteins. When hepatitis occurs, the person may become fatigued, pass dark urine, lose weight unexpectedly, or become jaundiced. Hepatitis may be diagnosed via physical examinations, biopsy, and ultrasound.

There are many causes of hepatitis, including autoimmune diseases, drugs, and alcohol. The most common causes, though, are the hepatitis viruses. There are five main forms of the virus (A, B, C, D, and E) and each are different.

For our purposes we will focus on HCV. Nearly eighty percent of those infected with HCV end up chronically infected. In general, most people infected do not even know it, as symptoms may not manifest for decades. However, as time goes on, those infected may develop cirrhosis (a condition where normal tissue in the liver is replaced by scar tissue) or liver cancer.

Can MMJ Help Those with HCV?

Past research has found that certain cannabinoid receptors are upregulated in cirrhotic liver samples [1]. Other studies have found higher levels of endocannabinoids in the samples as well [2]. This has led to the identification of CB1 receptors as enhancers of fibrosis in the liver, which may lead to cirrhosis. This was shown by blocking or inactivating CB1 receptors and measuring the resulting fibrosis levels. In both cases, fibrosis levels and density were decreased, and progression was inhibited [3]

Other than fighting the virus and its consequences, marijuana may be able to help. Patients have begun to use marijuana to ease the side effects of commonly prescribed HCV drugs. This use case is very common, and many people seem to find success.