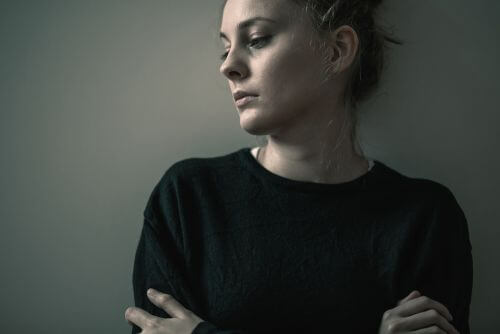 While sexual abuse can happen to anyone, an estimated 1 in 5 women in the United States have been victims of rape and half of all women have experienced some type of sexual assault or abuse. Nearly all victims experience Post-Traumatic Stress Disorder (PTSD) on some level that can last from a few days to a lifetime. If not treated, PTSD wreaks havoc on the body and mind which can even be fatal. Many victims are turning to marijuana as an alternative to prescription drugs because evidence from medical research proves it is an effective, natural remedy for PTSD [1].

If you’re wondering if an Ohio medical marijuana recommendation is right for you, schedule an in-person exam with one of our Ohio Marijuana Doctors. Completing our eligibility survey takes only 5 minutes. Find out if you pre-qualify for a recommendation!

Sexual assault survivors experience symptoms that of PTSD that include lack of social interaction, trembling, flashbacks, anxiety, nightmares, insomnia, and many more. The extent one experiences these symptoms varies because it is a psychological disorder and is not based on chemical imbalances. There isn’t a one-size-fits-all treatment for PTSD because the experiences had by each victim are unique, so psychiatric medicines are not predictably successful in treating these symptoms. Some victims even report traditional drugs can make them feel worse [2].

Zoe Helene runs an advocacy group called Cosmic Sister. The group is dedicated to victims of sexual trauma who use cannabis as a remedy for their symptoms of PTSD. Helene is herself a survivor and suffered from PTSD since she was 18 years old. She believes “the psychoactive properties of cannabis can help people to revisit the traumatic event and deal with it in an altered state where they can recreate or renegotiate the relationship with the problematic pathways of the neural network, which changes the way the memory is experienced” [3].

A medical cannabis doctor in Maine, Dr. Dustin Sulak, has a practice named Integr8 Health and oversees more than 8,000 patients who use medical marijuana. He explains of those with PTSD: “If the fight-or-flight branch of the nervous system is too activated, cannabis can help bring this back to normal. If the neural pathways related to trauma are being overused, cannabis can turn them down or turn them off. And it does this best in areas of the brain related to memories and emotional responses, because those areas have very high levels of cannabinoid receptors” [4].

The endocannabinoid system of the human body is made up of thousands of cannabinoid receptors. Our bodies already use cannabinoids to regulate emotional symptoms that plague victims of sexual assault, but when used correctly, medical marijuana supplements the endocannabinoid system to stave off depression, suppress nightmares, reduce anxiety, and encourage restorative sleep. Sulak says, “It’s truly a holistic treatment…In my nine years of treating thousands of patients with cannabis, I’ve seen the most consistent, satisfactory response for reducing or eliminating trauma-related nightmares, and restorative sleep is essential for healing” [4].

Dr. Carrie Cuttler, Assistant Professor of Psychology at Washington State University, runs a research lab on Health and Cognition studying the effects of cannabis use. The goal of her work is to examine connections between cannabis use and stress, cognition, and mental & physical health. Dr. Cuttler’s team, in one of the first studies about the self-reported effects of cannabis, found people were less stressed, anxious, and depressed. Cuttler admits more clinical trials are needed for the study of how cannabis impacts mental health, but her team is positive about their discovery of the ability for cannabis to improve sleep and dreams, as well as quench the traumatic memories of those dealing with PTSD [4].

Melanie Nakashian survived sexual abuse and recently created an online forum called, “Survivors for Cannabis” to encourage discussion among people of all ages, genders, orientations, and ethnicities. One participant in the forum, Amna Hussein, is also an activist working to make cannabis more accessible to those in need. She testifies of the forum: “My friends and I get together and talk about our trauma over a blunt. Cannabis makes me not hate talking about it…And the sisterhood, the bonding that’s built there, the love and empathy that people feel for each other in those moments is amazing. it’s why cannabis and surviving can work so well together” [5]. Nakashian, when interviewed about her cannabis prior to facing sexual abuse said, “Cannabis has been a part of my life for the last ten years, but it was only recently that my relationship with the plant evolved to the point where I realized that I had been unknowingly using it to help alleviate the many layers and types and instances of trauma I’ve been holding on to in my mind and body. So, I began doing research—into trauma, into cannabis, and into the intersection of the two. I found a real lack of awareness around cannabis as a treatment for PTSD among survivors of sexual assault or abuse…We need to talk about how this plant can heal trauma in the long-term, especially sexual trauma, which attacks the deepest part of our identity and core sense of self” [5].

Whether medical marijuana will help your condition depends on many factors best evaluated by a medical doctor. If you feel you may benefit from becoming a legal Ohio medical marijuana patient, the first step is to take our eligibility survey. In just 5 minutes, you could pre-qualify for a recommendation. An Ohio Marijuana Doctor can then determine if you qualify during an in-person exam.