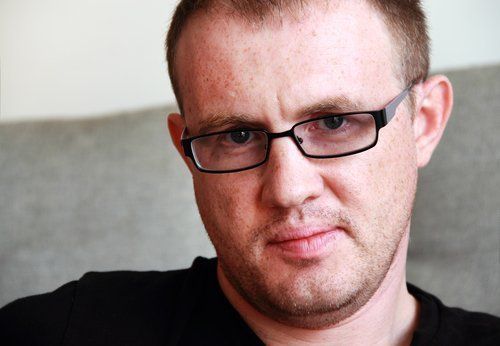 Post-traumatic stress disorder (PTSD) is a mental health condition that’s triggered by a terrifying event — either experiencing it or witnessing it. Symptoms may include flashbacks, nightmares and severe anxiety, as well as uncontrollable thoughts about the event. [1] If you or a loved one has been diagnosed with PTSD and you are looking for relief, medical marijuana could be right for you. Our team of certified medical marijuana doctors are located throughout the state for your convenience. Take our short survey to see if you pre-qualify for your medical marijuana recommendation today!

Current treatment for PTSD involving medication is limited to primarily anti-depressants and anti-anxiety, which have shown low remission rates. But with new discoveries about the bodies endocannabinoid system, recent research is showing medical marijuana could be effective for symptom control and relief. In one study done by the Multidisciplinary Association for Psychedelic Studies (MAPS) showed that people with PTSD had lower levels of the endocannabinoid anandamide, which triggers the same receptors that cannabinoids like THC activate. Since the body is not producing enough endocannabinoids to fill the receptors, introducing cannabinoids found in the cannabis plant plays a therapeutic role.

About 7-8% of the United States population suffers from PTSD, and it is more common in women (10 out of 100) than in men (4 out of 100). [3] The physicians at DocMJ see new patients every single day and approximately 40% of those patients are seeking relief for anxiety caused by PTSD. Philip*, who is one of those patients, took the time to tell us about how medical marijuana has helped him take control of his PTSD symptoms, and allowed him to get back to his normal day-to-day life.

Q: When were you diagnosed with your condition?

“I was officially diagnosed with PTSD back in 1983 while I was still enlisted in the Army, but to be honest I probably should have been diagnosed a tour or two before then. I always thought after deployment everyone was a little different, so I didn’t take some of my symptoms seriously in the beginning. Sometimes I even wonder if I would have fewer extreme episodes if I would have learned how to control my symptoms before I let it manifest to how bad I was. But the official diagnosis was in 1983.”

Q: How long have you been a medical cannabis patient?

“It’s coming on two years now, which is hard to believe. I just saw a reminder on my registry profile to renew my card soon.”

Q: How were you treating your symptoms before?

“I think the better thing to ask would be how was I not trying to treat my symptoms. I tried everything I could think of to try and combat flashbacks, nightmares, and temperament issues I was dealing with. I was taking a lot of different prescription medications to treat not only symptoms of my PTSD but also to help with the side effects that came along with some of those medications.”

Q: Why did you choose medical cannabis as an option?

“I think I just finally had enough. It is really exhausting having to go through the system of getting treatment, especially when you are thought of as just a number to most people. I kept hearing about how marijuana was benefiting people, and I reached a point where I thought why not? It is really exhausting searching for relief when you cannot seem to find anything that works for you. I really felt like I had tried everything at that point, and nothing was helping me the way I needed it to.

Then one night I caught my neighbor in his backyard hitting the strangest looking nicotine pen while he was grilling, so I asked him about it. Turns out, it wasn’t nicotine, it was a 1:1 cartridge. He started raving about how much medical marijuana has helped him with almost all of his symptoms and told me I needed to give it a shot. He specifically said to me that it couldn’t be worse than the chemicals I was being prescribed and that statement right there is what encouraged me to take the jump and book my initial appointment.”

Philip began to chuckle: “Do you think I would be sitting down with you if I hadn’t? Seriously, I feel like a normal guy again. I do not go a day without medicating, and I make sure I always have my essentials with me in case I feel an episode coming on. High THC has been amazing for sleeping through the night, but the real MVP is CBD. I found a few different products from a few of the dispensaries that I really like in particular, but I dose myself throughout the day with CBD. I noticed a difference in my overall attitude and mental mindset and my friends and family have as well. I’m able to deal with normal day to day stressors again and keep calm in busy places. It’s incredible, honestly. I’ve never had anything work for me the way medical marijuana has.”

While there is no cure for PTSD, Philip, and many others, have turned to medical marijuana for symptom relief. If you or a loved one suffer from PTSD and you want to take control of your life again, schedule a risk-free medical exam with one of our trusted and certified Florida Medical Marijuana doctors.