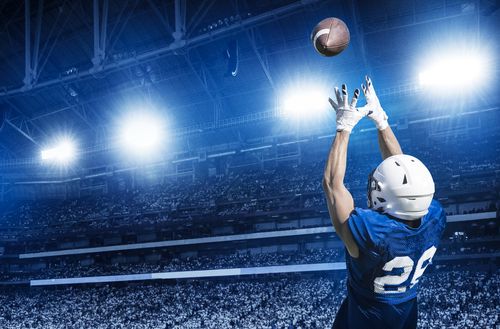 Acceptance of marijuana is still growing higher and higher. People with a range of conditions are coming forward and sharing their experiences with marijuana, leading to even more research and interest. Of these people, there have been several professional athletes who have shed a light on the benefits marijuana has for them specifically. So, if even professional athletes are using marijuana publicly, where do the leagues they play in stand?

Do you qualify for Ohio medical marijuana? Click here to complete our online eligibility survey and find out instantly if you pre-qualify for a recommendation!

How Can Marijuana Benefit an Athlete?

In our previous blogs, we have outlined the wide range of benefits marijuana can give, including helping those with PTSD, AIDS, cancer, and autoimmune diseases. The changes marijuana causes in the body are immense, and so it is no wonder that some may be of interest to athletes specifically. The anti-inflammatory properties of CBD, for example, can help athletes recover from stressful workouts and games. Through their rigorous gym and cardio routines, inflammation caused by small injuries are common and can result in lower than average results. CBD, a main cannabinoid found in marijuana, can fight this inflammation, resulting in shorter healing periods [1]. Some scientists also believe that the terpenes found in full-flower marijuana are at least partly responsible for these effects as well [2].

Combine this anti-inflammatory effect with reduced pain and easier sleep, and athletes may be able to both recover faster and push harder. Neuropathic, sometimes referred to as nerve pain, is common in athletes, especially those who have played for an extended period in high-impact sports. This mysterious, often debilitating type of pain has caused problems in the medical community for decades, as it is not often cured with common techniques. Marijuana may provide relief to some people in this position, having been found to relieve pain that had previously been untouched by analgesics [3].

The increased ease of sleep marijuana offers can also help especially professional athletes, who are often playing late games in bright, loud areas. This can make it much more difficult to fall asleep, and with modern research continuously finding more benefits to sleep, can hurt their physicality. Luckily, this is another area where marijuana can help those having difficulty. THC can help people fall asleep quickly and easily, though this seems to be dosage-dependent [4].

Where do the Major Leagues Stand on Marijuana?

In this case, we will look into the four largest sports leagues in the United States, the NFL, NHL, MLB, and the NBA.

Overall, there is some scientific backing for athletes to use marijuana for enhanced recovery, not to say there are no drawbacks either. In the professional world, though, there is seemingly little in the way of acceptance, and players must weigh both pros and cons should they be subject to large fines or suspensions.