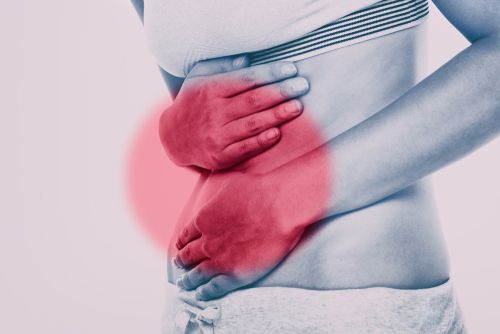 Medical marijuana is helping more and more people across the United States. Its ability to fight conditions that may have been untouched by pharmaceuticals and reduce symptoms of certain diseases allows it to help increase the quality of life of thousands of people. One of the many diseases it can help fight is IBD, the focus of this post. We will look into what IBD is, how marijuana can help, and what it can help with.

The cause of IBD still isn’t known, but scientists have been hard at work to find it. One current hypothesis states that it may be caused by an immune system dysfunction when the body’s immune cells mistake the cells of the digestive tract as dangerous, leading to the inflammation.

There have been many risk factors identified as well, with genetic factors coming into play. You are most likely to be diagnosed before your thirties but may develop the condition later in life. IBD is also most common in Caucasians and smokers. Environment and even other medications can play a role as well.

Along with side effects, certain other conditions can become more common in those with IBD, including inflammation in other parts of the body, blood clots, and certain kinds of cancer. The increase in risk can be due to damage from the disease itself, e.g. scarring of the bile ducts causing liver damage, or side effects of certain medications, as is the case with certain prescription steroids.

Also, despite being very similar, IBS and IBD are distinct conditions. Some people with IBS may experience IBD-like symptoms, but the problem central to each are very different. IBS, rather than being inflammation of the digestive tract, is more similar to cramping of the colon, and symptoms include bloating, gas, and constipation.

How can Medical Marijuana Help?

Treatment for IBD comes in many forms, ranging from medications to surgery. Surgeries tend to be large, last resort treatments compared to medications, which have become much more effective over the years, reducing the number of surgeries greatly over the years. These medications can have many targets, from the inflammation itself to immune system. The drugs are also different depending on the area of the digestion tract that is inflamed. In many cases, patients are also prescribed medications to help reduce the number of problems associated with IBD, such as anti-diarrheal medications and certain supplements. While these treatments have helped many people, and are effective in many others, for some, current methods remain unsuccessful or can lose response over time [1]. In these cases, it is more likely for marijuana to take a complementary role, filling out as symptom or side effect relief rather than a full-on treatment for IBD itself.

Marijuana has many use cases for those with IBD. Many people with ulcerative colitis or Crohn’s disease have problems gaining or maintaining weight due to the severe digestive issues common with the conditions. In this case, marijuana can act as an appetite stimulant [2]. Other patients can use it to improve their mood, and fight pain and nausea.

As far the direct effects of marijuana on IBD goes, research is still lacking. Some studies have marijuana use being correlated with higher rates of Crohn’s remission and no adverse effects, and others showing an association with a worse prognosis [3]. In research areas with small amounts of studies, it is very common for different, and even opposing, conclusions to be drawn. Over time, as we begin to get a deeper understanding of the complexities and mechanisms of the drugs or systems, we will be able to form more accurate theories and opinions.

From this research, though, some have started to believe that the positive outcomes are tied to the anti-inflammatory properties of marijuana. The endocannabinoid system (the receptors that marijuana acts on) has a huge influence across the body, even on the digestive system. Studies have even linked the system to modulating digestive tract inflammation, meaning it may play a big role in inflammatory bowel disease. However, due to the scope of the endocannabinoid system, and the unknowns in both IBD and the mechanisms spurred by marijuana, making these connections can prove difficult.