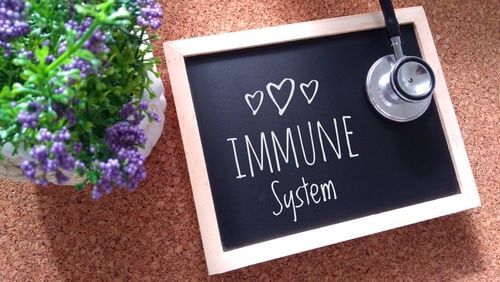 The healing properties of medical marijuana are becoming more socially accepted as the wave of legalization efforts further spreads across the country. Now that medical marijuana is becoming a more common treatment for a variety of ailments, it is becoming more and more important to stay informed on how it works and how it can affect the body. The immune system, for example, is an integral and intricate web of processes that is strongly affected by marijuana. Understanding these effects is important not just for everyday life, but for many of the qualifying conditions that marijuana may be recommended to treat. In this post, we will look at the effects of medical marijuana on the immune system, and how it may play an important role in modulating several key parts of the system.

What is the Immune System?

The immune system is very complex, involving many different organs, cells and tissues that work to protect the body from outside diseases. The main two forms of immunity are innate and adaptive (some consider passive immunity and vaccinations to be forms as well, but those are much more complicated). Innate immunity is the immunity we are always born with and generally have going at all times. This includes less obvious things like skin and more known cells like white blood cells. Adaptive immunity reacts when the body senses a pathogen and is much more specific to the invader. Essentially, adaptive immunity is very specific, and will attack a specific threat, and innate immunity is general, going after anything that could be harmful.

The cells of the immune system are produced in many places across the body. Bone marrow is crucial, producing both white blood cells and lymphocytes, the spleen helps produce antibodies, the thymus (a small organ between the thyroid and lungs) makes T cells (important in HIV/AIDS), and lymph nodes store the lymphocytes. In many of these organs, cannabinoid receptors are produced as well. These receptors have diverse effects and link the immune system and the endocannabinoid system. More information on the endocannabinoid system can be found here.

How Does Marijuana Affect the Immune System?

The endocannabinoid system has been shown to have a variety of effects on the immune system. Understanding the mechanisms underlying these effects is crucial in helping those with damaged immune systems and may lead to therapies for those with autoimmune diseases as well.

Marijuana was used as an anti-inflammatory for a very long time, and inflammation is an immune response by itself. In fact, inflammation and an increase in the number of a specific type of cell is what leads to bone and cartilage damage in those with rheumatoid arthritis. Research has also shown that specific lymphocytes may play a role as well [1]. Research conducted with marijuana has shown both lowered disease activity and pain levels when consuming a marijuana-based medicine [2]. This same principal may also prove useful in organ transplants [3]. This hints at a direct link between the endocannabinoid system and the immune system, and further research supports this.

Beyond inflammation, marijuana may influence the production of immune cells themselves. This is not totally out of left field, as marijuana has been shown to induce the creation of new cells in the past [4]. Current research shows that marijuana may modulate B and T cells, cytokines, NK cells, and the secondary immune response as a whole [5].

Interestingly, ingesting marijuana has been shown to have opposing effects in the body, depending on the circumstances surrounding the consumption. Research is continuing, but current theories point to the cannabinoid receptors on the immune cells themselves. It is believed that these receptors help guide the cells, and the production of these receptors, or lack thereof, has significant effects on the body.

In autoimmune disease specifically, problems in the endocannabinoid system has been linked to diabetes mellitus, Graves disease, and juvenile arthritis. It is speculated that this is caused by the weakened ability of the endocannabinoid system (due to lowered number of receptors) to control the production and migration of T cells, leading to many problems [6]. While research on marijuana and its direct effects on specific autoimmune diseases is hard to come by, scientists are hopeful that the drug will open new pathways and marijuana has already been shown to provide relief from neuropathic pain in some people [7], which often occurs due to autoimmune disease.

It is important to note that while these conclusions are exciting, more research on specific mechanisms and processes are required. The highest class of research are randomized controlled trials, and these are only beginning to become common. As more labs are able to get higher quality and more controlled samples, more and more questions will be answered. If you are considering medical marijuana, it is key to speak with a certified physician.