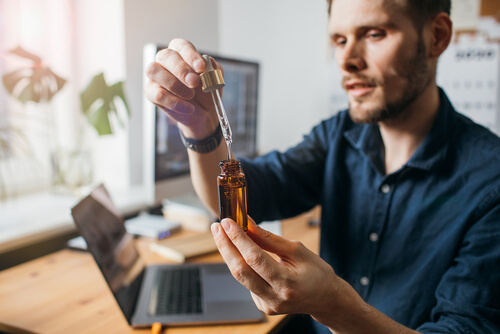 June is Men’s Health Month, and it’s a great time to address how cannabis might affect men differently than women. Very little research has been done to determine differences in cannabis use patterns and effects on sexes. But what’s out there is quite interesting!

What the Research Says

A 2016 study attempted to begin learning how cannabis might affect men and women differently. The researchers sampled 2374 cannabis users (1370 male, 1004 female). Seventy percent of these users identified as recreational users, 59.7percent as medical users, and 32.2 percent as both recreational and medical users.

Some interesting observations came from the study, published in the journal Cannabis and Cannabinoid Research:

Overall, the results indicated that there are small but perhaps significant sex differences in cannabis use patterns, acute effects, and withdrawal effects.

The jury is still out on whether men who plan to have a family in the near future should consider whether medical marijuana might affect their fertility. Current research suggests that cannabis use might negatively impact male fertility, however these tests have only been done on animals, not humans. Further studies are needed to validate whether or not men of reproductive age should avoid cannabis to increase their ability to conceive.

However, more recent research shows the opposite. A 2019 study found that men who had used cannabis (even once) had higher sperm counts than men who had never used cannabis. This suggests that, while chronic or overuse may not be good for men’s fertility, the right dosage of cannabis might actually help with sperm production.

In addition to the emerging research, many doctors cite anecdotal evidence that suggests that cannabis might treat ED. Some doctors across the country are even prescribing cannabis as a treatment for men suffering from erectile dysfunction, lack of desire, and difficulty reaching orgasm.

Differences in Study Results Between Men and Women

Much more study into the differences in how cannabis affects men versus women is needed. Recently, the DEA approved new growers of research marijuana for the first time in more than 50 years, widening the capacity to study its medical value. New studies in this area of research will likely delve more deeply into the biological and psychosocial mechanisms underlying cannabis-related sex differences. These discoveries are likely to help inform cannabis patients, clinicians, and policymakers about the risks and benefits of cannabis for both sexes.

Want to learn more about medical marijuana might affect you as a man? Make an appointment with one of our trusted DocMJ doctors today.