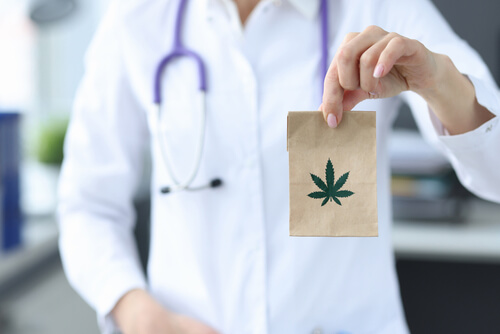 When Ohio’s Medical Marijuana Control Program (OMMCP) was established in 2019, 22 conditions were identified as qualifying patients for a medical marijuana card in the state. The board recently made some important updates to the program, expanding legal access to cannabis to more patients across the state.

From time to time, the board accepts petitions from the public for potential new qualifying conditions. In early 2020, medical board members voted to reject depression, insomnia, and opioid use disorder as potential qualifying conditions. Another petition that got dismissed was a tongue-in-cheek submission to allow recommendations for medical marijuana for fans of Ohio’s NFL teams, The Cleveland Browns and The Cincinnati Bengals.

Cachexia (wasting syndrome) was approved and added to the list in 2020. Petitions for anxiety and autism spectrum disorders were considered but ultimately struck down, ruling that the risks for those patients might outweigh the possible benefits.

In early 2021, the medical board called for submissions again. The board voted no on petitions for adding autism spectrum disorder, restless leg syndrome, panic disorder with agoraphobia, and spasms. Huntington’s disease, spasticity and terminal illness were approved and added to the list, bringing the number of qualifying conditions to 25. During this announcement, the board further clarified that petitions to add arthritis, chronic migraines and complex regional pain syndrome were rejected only because they determined they already fall into the existing qualifying category of chronic or intractable pain.

While these new conditions will expand access to new patients, the latest statistics from the program show that most patients using medical marijuana in Ohio are overwhelmingly using it for chronic or intractable pain (204,543 patients) or Post Traumatic Stress Disorder (61,179 patients). The new conditions are:

No cure exists, but therapy for Huntington’s disease symptoms sometimes include antidepressants, anti-anxiety and anti-seizure medications. In some cases, these medications can cause side effects or lead to worsening physical symptoms. Researchers believe Huntington’s disease may be connected to the body’s endocannabinoid system, but they aren’t quite sure how. We do know that medical marijuana may offer patients suffering from Huntington’s disease some relief by minimizing nausea and stimulating appetite.

Spasticity is associated with damage to the brain, spinal cord or motor nerves, or neurological conditions such as Cerebral Palsy (CP) or Multiple Sclerosis (MS). Research suggests that medical marijuana can calm muscle spasticity.

“Published reports suggest that a large number of persons with MS have used or currently use cannabis to help relieve symptoms related to spasticity,” observed Francois Bethoux, MD, of Cleveland Clinic’s Mellen Center for Multiple Sclerosis Treatment and Research.

A terminal illness diagnosis can be shocking, causing acute trauma and a broad range of physical and emotional symptoms as the patient copes with the reality of their impending death. Research on medical cannabis for terminal illness has shown to be an effective way to comfort a terminal patient if they decide they no longer wish to take prescription medications. Medical marijuana may also ease spiritual suffering, which can be an important benefit both for patients and their caregivers.

The board indicated during the June 2021 meeting that they intended to open the qualifying condition submission period again in late 2021, but did not indicate an official date.

Autism spectrum disorder is currently under review by the Ohio legislature under House Bill 60.

In April 2020, the board voted to increase the number of medical marijuana dispensaries in Ohio to 130 from current 57. According to Sharon Maerten-Moore, the board’s director of operations, the move to grant more dispensary licenses was made to increase access for patients who drive far distances to buy their products, as well as to create more competition to drive down prices.

To see if you or a loved one now qualifies under the new conditions, complete the DocMJ online eligibility survey today! The survey takes less than 5 minutes to complete and will let you know instantly if you pre-qualify. If you’d like to speak with a DocMJ team member directly, contact the office Monday through Friday from 9:00 AM to 5:00 PM. Patient Care Coordinators can also be reached by using the Live Chat feature located at the bottom of our website.