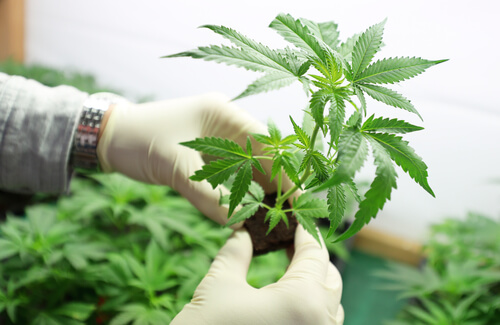 The Ohio Medical Marijuana Control Program has already greenlit twenty one qualifying conditions. This may seem like a hig number, but more research is always coming out that shows more people can benefit from using medical marijuana. As this information comes out, and as people petition for more qualifying conditions to be added, the OMMCP can add them to the list. In early 2021, there are seven new conditions that the Board is considering adding, so what are they and what does the research say? If you are curious about medical marijuana, or are looking for an affordable medical marijuana physician, DocMJ is here to help! Book an appointment on our website or take our easy eligibility survey to find out instantly if you pre-qualify for a recommendation!

What Are the Conditions?

You may recognize some of these conditions as potential new additions in previous years. Both Autism and Panic Disorder were considered last year by the Board, before being declined. Autism is a developmental disorder whose scope has massively expanded in recent years. It encompasses a wide range of symptoms, but the most common ones are social impairment and repetitive behaviors. Panic Disorder with Agoraphobia refers to a condition in which a person experiences panic attacks in public, and is worried that they won’t be able to escape a public place if one were to happen.

Restless Leg Syndrome and Huntington’s Disease are relative newcomers to the list. RLS causes an urge to move your legs, often when trying to relax or sleep. The cause is still unknown, but some scientists believe it is related to dopamine levels in the brain. Huntington’s Disease is an inherited disorder that causes a breakdown of neurons. It results in many changes to the person, including uncontrollable movements, emotional irregularity, and changes in cognition.

The Board is also considering adding terminal illness as a condition to the list. A terminal condition is a condition that cannot be cured and is expected to result in the death of the patient. There are many examples of terminal conditions and some of the conditions already on the list may be deemed terminal if in their later stages. In both cases of terminal illness considered, those eligible and those not eligible for hospice care, there is no standard life expectancy attached to the diagnosis, though it is usually shorter than six months.

Does Science Support These Petitions?

It is important to remember that, as a whole, much of the research on marijuana is very new. The endocannabinoid system was only recently discovered and is still not fully understood, and marijuana is known to produce over one hundred distinct cannabinoids, each with their own effects. Despite this, there are a large number of studies coming out showing that marijuana can have many different benefits. Some of these benefits include it working as an analgesic, being neuroprotective, and being antispasmodic [1].

For people with autism, life can be very chaotic and difficult to understand. Treatments to help people with autism often involve a strong structure and various forms of therapy. Some scientists, though, have started looking at marijuana as a possible therapeutic agent, due to its neurocognitive effects. They specifically point out the possibility of helping limit the number of behavioral outbursts some people with autism may have by introducing high CBD concentrates to their schedule [2]. For people with panic disorder, marijuana may help reduce the stress and anxiety related to social outings and unknown settings.

Both RLS and Huntington’s disease patients may benefit from the antispasmodic effects of marijuana. On top of that, the pain-relieving effects of CBD may allow new users immediate relief from pain due to constant muscle tension and sporadic movements [3]. Marijuana has also been found to help protect neurons and reduce inflammation after damage, leading some to believe it to be a strong candidate for the treatment of neurological conditions like Huntington’s.

For patients with terminal conditions, marijuana may be able to provide relief from some symptoms and side effects of other medicines. In late stage cancers, marijuana has been found to help reduce CINV and cachexia, a condition that was recently added to the list of qualifying conditions in Ohio. For terminal patients not in hospice, medical marijuana can help improve their quality of life and allow them to be more social due to lessened anxiety and chronic pain.

The Ohio Medical Marijuana Control Program is considering adding several new conditions to the list of qualifying conditions. These conditions are Autism, Panic Disorder with Agoraphobia, Restless Leg Syndrome, Huntington’s Disease, Persistent Muscle Spasms, Terminal Illness, and Terminal Illness that is eligible for hospice care. The Board will conduct an investigation into the scientific evidence behind each petition and evaluate the quality of research. If the conditions are accepted, patients diagnosed with the conditions will be eligible for a medical marijuana recommendation. There are studies showing therapeutic potential for each of the petitioned conditions, and the Board is seeking additional expert opinion for some of the newer candidates. If you are interested in medical marijuana and want to book a Telemedicine appointment with a certified physician, DocMJ can help! We also offer an easy survey where you can find out if you pre-qualify for a medical marijuana recommendation instantly!

[1] The pharmacokinetics and the pharmacodynamics of cannabinoids

[2] Can marijuana help treat autism symptoms? A new study aims to find out