New to Cannabis Concentrates? Here’s What You Need to Know in Ohio 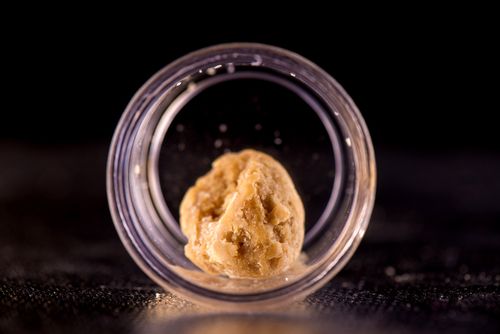 Medical marijuana has come a long way in a very short time. Starting out as a taboo means of fighting off certain symptoms of illness and disease, it is now one of the fastest growing branches of medicine with a huge amount of public support. Because of this growth, marijuana has been able to take on many different forms, each more suited to particular needs than another. While this amount of choice is great, it can also be confusing and intimidating to those out of the loop. Which form is best for headaches, or anxiety? Today, we will take a look into the world of marijuana concentrates and their benefits and possible dangers.

Need an Ohio marijuana card? Find out if you pre-qualify today by completing our online eligibility survey.

What is a Marijuana Concentrate?

Marijuana concentrates can seem complicated. There are oils and extracts, but what do the names mean? In the simplest of ways, though, they really all mean the same thing and refer to a range of products that offer more cannabinoids in less “stuff”. They are all more concentrated forms of marijuana.

To get more technical, there are differences between them that you should be aware of. While all three are umbrella terms, they refer to increasingly specific things, sort of like nesting dolls. Concentrates are the most general, extracts are slightly more specific, and oils are a more specific form. Essentially, extracts are a form of concentrate and oils are a form of extract. Here are a few examples to make it a bit clearer:

There are other forms of concentrates too, like kief. These are also concentrates, but don’t use chemical ways of pulling out cannabinoids. These concentrates are also much stronger than traditional marijuana and offer other benefits.

What are the Benefits of Concentrates?

As we found out before, concentrates can come in many different forms, all with different methods of ingestion. These highly concentrated products, and methods of application, can have many uses and benefits compared to, say, smoking or vaping marijuana normally.

A good example can be found in marijuana tinctures. Tinctures can be found in a range of cannabinoid concentrations, including high THC and low CBD, or vice versa. This means the user can find which ratio works best for their use easily. The strength also means that you may only need a drop or two of CBD concentrate to get a noticeable improvement versus a much larger amount of non-concentrate. Its small size also means you could easily carry around a dose that can last weeks or months in your purse or pocket.

Joints and other inhalable concentrates may produce and undesirable odor for some people. In these cases, vape oil can be used to reduce both the space used and smell. If someone is unable to use inhalants, they can then reach for an oral or sublingual form of marijuana. The main point being, concentrates allow more people to be able to use and benefit from marijuana, and this is a very good thing.

While concentrates offer many benefits, there are also possible drawbacks to their use and their intensity must be treated with respect. For example, it is much easier to reach an uncomfortable dose of THC with concentrates than with traditional buds, which can lead to some unwanted side effects, including dizziness, memory problems, and anxiety. Concentrates may also cost more on average than smokable marijuana and may require intricate and costly setups to use depending on the type.

A less potentially dangerous drawback is that certain concentrates don’t have the other chemicals present in marijuana, such as terpenes and flavonoids, that may change the efficacy or marijuana. It is thought that these chemicals work along with the cannabinoids through the “entourage effect” [3]. This would mean that compared to the full flower marijuana and marijuana extracts, these concentrates may have lessened or different effects.