Ohio is Considering 3 New Conditions for Medical Marijuana in 2020 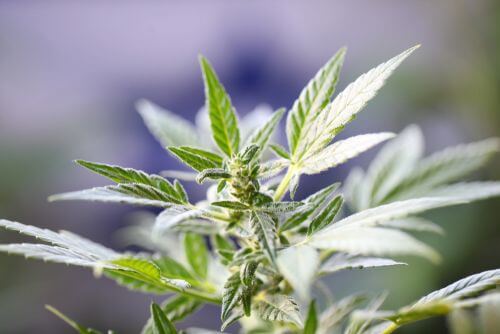 In states with marijuana only legal for medical use, qualifying conditions must be diagnosed before a recommendation can be given. This is true for Ohio, which currently recognizes many different conditions as being benefited by including marijuana in a patient’s drug regimen. In some cases, such as Ohio, the state population may petition the addition of other qualifying conditions to be added to the recognized list. This is currently happening in Ohio, which is considering the addition of three new conditions: anxiety, autism spectrum disorder, and cachexia.

There are many possible signs and symptoms of anxiety disorders that a person may display. In the case of generalized anxiety disorder (GAD), a person will have an extreme amount of anxiety or worry nearly daily for at least six months. They may be easily fatigued, have difficulty concentrating, have sleep problems, and be more irritable than normal. People with panic disorder often experience panic attacks, wherein they may sweat, feel a sense of doom, and feel short of breath. These symptoms can cause numerous problems for the person and make everyday life difficult.

Unfortunately, the complexity and nuance of anxiety disorders make finding root causes very difficult and may even vary from person to person. For example, anxiety has been linked to heart disease, diabetes, thyroid problems, and even certain tumors.

On the positive side, other studies have found that CBD may be a potent anti-anxiety medicine [2]. Current hypotheses point out the effect of CBD on certain serotonin and cannabinoid receptors that have been linked to fear and anxiety-related behaviors.

Autism spectrum disorder (ASD) is one of the most talked about developmental disabilities in medicine currently. It has recently seen a huge rise in public attention despite the confusion and debate regarding both its cause and definition. Currently, the DSM-5 lists the following as necessary for ASD diagnosis: difficulty with communication, restricted interests, repetitive behaviors, other symptoms that hurt the person’s ability to function properly in school, work, or other areas. From this guide, it is easy to see why some people have trouble understanding where exactly a person may fall. This is why it is referred to as a spectrum, one person may exhibit all or one of the symptoms in varying degrees.

Marijuana has already been found to have positive effects on other brain and cognition-related disorders, so it isn’t a huge jump to think it may also help ASD. However, there is a lack of research regarding marijuana and ASD specifically, so current views may change in the future.

Of the studies we do have, though, many are positive, and show that those who do use medical marijuana have an increased quality of life. A recently published study followed one hundred and eighty-eight ASD patients that were being treated with medical marijuana. It found that, of the one hundred and fifty-five that continued the treatment, thirty percent saw significant improvement, fifty saw moderate improvement, and only nine percent saw no change [3].

Of the three new possible qualifying conditions, cachexia is likely the least widely known. It’s more common name, wasting syndrome, might ring a few bells though. Cachexia is marked by extreme weight and muscle loss. It is often a sign of other diseases and commonly occurs in the later stages of AIDS and cancer.

Similarly to the previous two conditions, the underlying mechanisms and processes and mechanisms of cachexia are still not fully known. Because of this, most treatment is generally focused on nutritional counseling and increasing appetite.

Marijuana is already being used to help both AIDS and cancer patients increase their appetite and fight other cachexia symptoms (such as chronic inflammation), but cachexia has been associated with other diseases, including pulmonary disease and heart failure. By allowing access to patients displaying the symptom rather than the underlying cause may help more people fight the condition.

Research on cachexia treatment with marijuana is positive. In fact, dronabinol is one of the only FDA approved forms of marijuana, and it has the approved use of treating cachexia and nausea and vomiting in AIDS and cancer patients. A 2007 study published a double-blind study comparing the effects of marijuana, dronabinol, and a placebo on caloric intake. It found that both marijuana and dronabinol positively impacted body weight [4].

It is worth noting that, unlike some other benefits of medical marijuana, appetite gain is likely caused by THC rather than CBD. It is thought that THC binds to certain receptors in the brain, increasing receptivity and sensitivity to certain stimuli, including smells.

Ohio is considering adding anxiety, autism spectrum disorder, and cachexia to the qualifying conditions list. In order to be added to the list, though, the conditions must have both scientific and expert backing. All three have found positive outcomes from using medical marijuana and may be good candidates for additions to the list. Now, the Board will consider each condition and the literature concerning it.