Ohio Medical Marijuana: Residents Are Finding Relief From These Symptoms 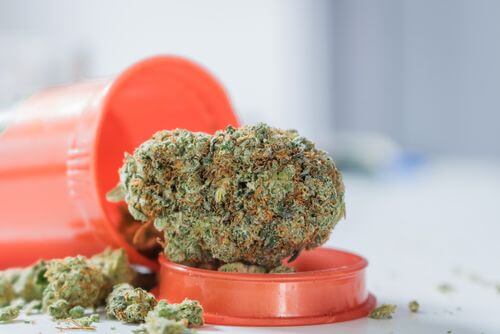 Ohio Medical Marijuana Can Alleviate These Symptoms in Patients

Medical marijuana, while not exclusively a modern idea, has only recently become such a highly researched and accepted treatment method. Since the first program started in California, a growing number of states have passed their own laws, and now over half the country has access to legal medical marijuana. If you, or someone you know, is looking for affordable Ohio medical marijuana recommendations, the team at DocMJ is here for you! You can find out instantly if you prequalify for your Ohio medical marijuana card by taking our online eligibility survey today!

What is Medical Marijuana and How Does it Work?

Medical marijuana is simply marijuana that is used for a medical purpose rather than for recreation. In most cases, patients who take medical marijuana will carefully consider cannabinoid concentrations before buying in order to maximize their potential benefit. For example, a person with chronic pain due to inflammation would likely seek out high CBD marijuana rather than high THC strains because of CBD’s anti-inflammatory properties.

When not consuming marijuana, the body naturally makes its own chemicals to use in this system called endocannabinoids. When marijuana is ingested, however, the Phyto-cannabinoids can bind to the CB1 and CB2 receptors in much higher numbers than the endocannabinoids can. This may sound scary, and breaking things down to the chemical level often does, but this general phenomenon is the basis for many common pharmaceuticals. By binding to these cannabinoid receptors, the functions they are “connected” to are signaled to speed up, slow down, etc., resulting in the effects we are now familiar with.

In other cases, the cannabinoids in marijuana may not even bind to cannabinoid receptors. Studies have now found “receptor-independent effects” attributed to marijuana. This means that in some cases, the chemicals in marijuana may not even have to bind to a receptor to cause an effect, which opens even more possible use cases. This goes without mentioning the other important chemicals in marijuana, including terpenes and flavonoids, that exert their own influences.

What Symptoms Can Medical Marijuana Help With?

In Ohio, the most common qualifying condition is chronic pain [1]. Chronic pain is notoriously difficult to treat due to its often mysterious cause and, traditionally, patients with this condition could undergo many different drug and physical therapy regimens and still be unable to find relief. Medical marijuana has now become an important alternative or complement to the traditional route. Studies have found medical marijuana to be a scientifically backed treatment for chronic pain [2]. While there are several hypotheses as to why this may be the case, the most common ones attribute it to the anti-inflammatory and analgesic effects of marijuana. These two effects may also be part of the reason for marijuana’s accepted use in many other conditions, including cancer, multiple sclerosis, and Crohn’s disease.

Another common use for medical marijuana is as an anti-anxiety treatment. Studies have found strong evidence for CBD’s potential as a treatment for anxiety-related disorders [3]. It is thought that this may be due to CBD’s effect on the brain’s “emotional center”, the amygdala, and other important sites [4]. Even stranger, these responses may not even be due to the endocannabinoid system at all, and may be due instead to the binding of CBD to serotonin receptors, which have been found to be incredibly important to several aspects of emotion and anxiety [5].

Medical marijuana can also be used to increase a person’s appetite. This can be massively useful for people diagnosed with cancer, AIDS, or cachexia. As previously stated, it may also help elevate the moods of users in these situations, which can increase their quality of life even more.

For patients with muscle problems, such as certain forms of epilepsy, Parkinson’s, or multiple sclerosis, marijuana may be able to help provide relief in the form of spasm reduction [6]. Again, recent findings point to the endocannabinoid system as a possible target for future MS and Parkinson’s therapies, due to its anti-inflammatory and neuroprotective effects.

On top of these mentioned use cases, there are many, many more that are currently being studied and evaluated, these are just the most deeply understood uses. Many users have found success using medical marijuana to help them sleep, fight autoimmune conditions, and even gain control of PTSD and other mental disorders. In cases like these, it is highly recommended to speak to a certified medical professional regarding your individual background and weigh the benefits with them.

What Form Should I Use?

In Ohio, there are several forms that are currently available, these are flowers, oils/concentrates, tinctures, edibles, and topicals. Which form you use is ultimately up to you, but can have large effects on your experience overall. For instance, tincture are small droplets placed under the tongue. This allows fast action and high bioavailability with low metabolic changes to the cannabinoids. Essentially, the effects are quick and discreet, it is almost impossible to tell if someone has used tinctures by physically looking at them.

Full flower marijuana, on the other hand, has lower bioavailability and the cannabinoids and other chemicals may undergo changes brought about by the high heat of vaporization. When consuming edibles, the chemicals are changed due to metabolism and the chemical forces of the digestive tract. This isn’t to say that one form is better than another, however, just that careful consideration, and, in some cases, trial and error, is necessary to find the perfect balance of form and function.

Medical marijuana can help many patients with a variety of problems. From physical pain to anxiety and depression, there is an exciting number of ways people can benefit from its addition to their lives, it just may take some special care and help from a certified Ohio medical marijuana physician. Schedule your appointment today at DocMJ.com or over the phone with a Patient Care Coordinator at (877) 899-3626.