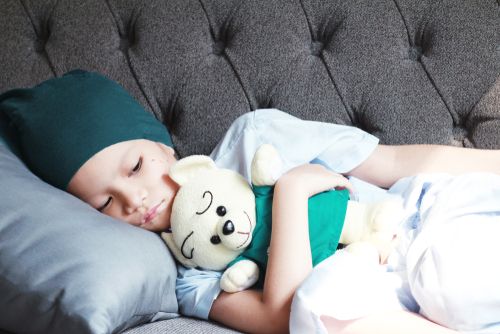 Can Minors Get Medical Marijuana in Ohio?

Yes. In Ohio, there is no minimum age requirement. However, the under eighteen demographic makes up less than a quarter of a percent of total registered patients [1]. According to the Ohio Administrative Code, minors must also have the consent of their parent or legal representative. If the patient requires a caregiver, the parent may assume this role so long as they meet all of the requirements laid out in the Code.

What are the Benefits of Medical Marijuana for Pediatric Patients?

Giving anything to a child can cause anxiety, especially when it is something as controversial as medical marijuana. There has been some evidence showing that there could be benefits to it, though. For example, one of the biggest reasons medical marijuana first gained public attention was the case of Charlotte Figi, a young girl who suffered from frequent seizures [2].

At the age of two, Charlotte was diagnosed with Dravet Syndrome, an exceedingly rare form of epilepsy that is notoriously hard to treat. The diagnosis led to experimentation with certain diets and pharmaceuticals. Later, Colorado approved Amendment 20, which made the state set up a medical marijuana program. When Charlotte was five, she began taking homemade CBD extracts. Miraculously, the number of seizures plummeted, and she was able to take on a largely normal life. The Charlotte’s Web strain of marijuana, known for its low THC concentration, is named after her and has gone on to help many other people in situations like hers.

Of course, while Charlotte’s story is a great one, one experience is not enough to base such a big decision on, and this is where researchers and physicians step in. Regarding medical marijuana and cancer, there is a large amount of promising research finding that many patients can help fight some of their symptoms more effectively by adding medical marijuana to their regimen. Many patients with cancer have already started using medical marijuana to increase their quality of life, making it the fourth most common qualifying condition among Ohio users [1].

In the case of pediatric cancer, special care is given to distinguish research done on infants, children, and adolescents due the large differences in body composition, hormone levels, and cognitive development. That is to say that what works in one age group may not necessarily be true in another. One reason this may be is the fluctuating numbers of key endocannabinoid receptors, namely CB1 and CB1, throughout one’s life. Moreover, it has been found that the endocannabinoid system itself may play an important part in brain development [3].

Like adult cancer patients, pediatric cancer patients struggle with many of the side effects, not only from the disease, but the treatment as well. Chemotherapy-induced nausea and vomiting (CINV) is a common side effect for many and is a tough one to palliate. For CINV, dronabinol has been developed to reduce nausea and is a man-made derivative of THC, a primary cannabinoid produced by marijuana. It was first FDA approved way back in 1985 and has since become a commonly prescribed for both its anti-nausea and appetite-increasing properties. In pediatric patients, dronabinol was found to have positive results in sixty percent of participants in a 2015 study [4]. This result came after a study from 2000 that found more palliative care needed to be given to pediatric cancer patients [5].

Another common side effect of cancer treatment is skeletal muscle loss, commonly called wasting. This can be caused by the cancer itself or the treatment making it uncomfortable to eat. Generally, when this is occurring in a patient, a physician will try to prescribe medication that increases appetite, as large changes in body weight can cause its own set of problems. In adults, THC has been found to be an effective appetite stimulant for those with advanced cancer [6]. Therefore, it isn’t uncommon to find pediatric cancer patients taking high-THC marijuana, or in some cases dronabinol, to stimulate their appetites.

What do Doctors Think?

By and large, pediatric doctors also see the benefits of medical marijuana in certain patients. A 2016 study on the perspective of pediatricians on the use of medical marijuana in children with cancer found that most providers were willing to consider medical marijuana and get frequent requests for its use [7]. The study also points out that much of the lack of support is due to the scarcity of specific research on the potential side effects of marijuana use on developing bodies and how specific dosages are still unknown.

Physicians are generally positive in their views on medical marijuana, and most would likely help their patients gain access when necessary. On the other hand, there is also a need for more research into the changes and long-term effects brought on by adolescent marijuana use. If you, or someone you know has a child in need of a medical marijuana recommendation, we’re here to help you every step of the way. For more information about scheduling a pediatric exam, please speak with a DocMJ Patient Care Coordinator at (877) 899.3626. Don’t forget to ask about our pediatric discount!