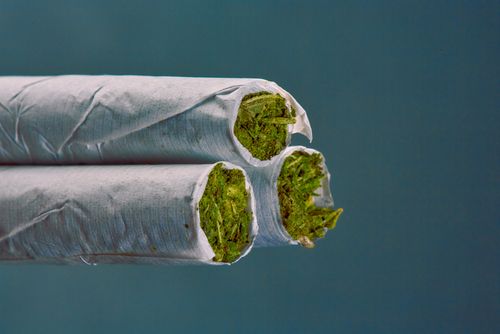 Due to the popularity and variety of reasons people use medical marijuana, it comes in a wide range of forms. From edibles to oils and tinctures, there is a form of marijuana that is best suited to almost any use case. However, each form comes with its own benefits and dangers, and today we will investigate smoking marijuana and if it could possibly even be as dangerous as smoking cigarettes.

Do you qualify for an Ohio medical marijuana recommendation? Complete our eligibility survey to find out instantly if you qualify!

How is Smoking Different from Vaping?

While smoking and vaping may seem similar superficially, with both using heat to draw out inhalable smoke or vapor, the minutiae of each method are actually very different. These differences range from the superficial, such as how the vaporizer actually works, to some which can impact your overall health.

A more nuanced difference lies first in terminology, combustion versus vaporization. Combustion, simply put, is burning something whereas vaporization is a phase transition from solid or liquid into vapor, such as evaporation. Another difference is the temperature at which these processes occur, vaporization generally is done at a lower temperature than combustion. This allows some cannabinoids that may have otherwise been destroyed by heat to be inhaled by the user, which may in turn cause a different sensation.

All this chemistry, while interesting, doesn’t necessarily answer the most important question in our mind, is smoking marijuana healthier than cigarettes? To answer this, we will first start with what smoking does to the chemicals in the marijuana.

When you use a lighter to smoke, you are essentially using a very high heat to light the plant matter on fire. The temperature of the lighter can easily exceed six hundred degrees Fahrenheit, with some specialized lighters getting even higher. Because of this extreme heat, some chemicals in the marijuana may burn off before they can be inhaled.

One such class of chemicals are terpenes. The terpenes in marijuana influence anything from the flavor and smell to its overall effects, and, recently, terpenes have received a large amount of exposure in the marijuana community due to the “entourage effect”. The entourage effect is when the different chemicals present in marijuana act and react together to produce synergistic effects in the body [1]. Take, as an example, myrcene. Myrcene may be able to increase the rate of diffusion of certain cannabinoids through the blood-brain barrier, increasing their efficacy. But, the boiling point of myrcene sits around three hundred and thirty degrees Fahrenheit, nearly half the temperature produced by a standard lighter. The same can be said for many of the cannabinoids in marijuana, including THC and CBD. In fact, one study found that the highest recovery of THC following combustion was only sixty percent of the original concentration [2].

The loss of certain cannabinoids may not be beneficial, but it is probably not harmful, and therefore not very worrying. Some other research, though, has found more pressing results.

One of the first things to consider is what happens physically during the combustion of marijuana? To answer this, we will dig a bit deeper into the chemical side of things we previously investigated. Generally, in a combustion reaction, the reactants include some chemical, in this case any of the chemicals found in marijuana, and a fuel, usually oxygen. When heat is added, these chemicals combine to produce new products. It is possible that some of these new products may be dangerous.

The risks associated with smoking, both marijuana and tobacco, have also been well researched. Starting from the act of burning, smoke is harmful to the delicate tissue in the lungs. Whether it be due to high temperature or irritating particles, any smoke can cause damage [3]. On top of this, many marijuana smokers tend to hold the smoke in their lungs for an extended period, exposing their lungs to the irritants for longer. These troubles even extend into secondhand smoke, leading to some researchers being concerned about nearby non-smokers.

On the other hand, other research has concluded that while there is a link between smoking tobacco and cancer, there is no such correlation with marijuana [4]. There are a few hypotheses as to why this may be the case, with the first being that marijuana itself fights cancer. Another hypothesis states that though both marijuana and tobacco smoke contain many of the same chemical compounds, their reactivity in the body are fundamentally different. This is not to say, though, that there is absolutely no link between marijuana smoke and any form of cancer, as there have been some findings pointing towards the smoke converting some respiratory cells into pre-cancerous states [4].