THC vs. CBD: What’s the Difference in Ohio? 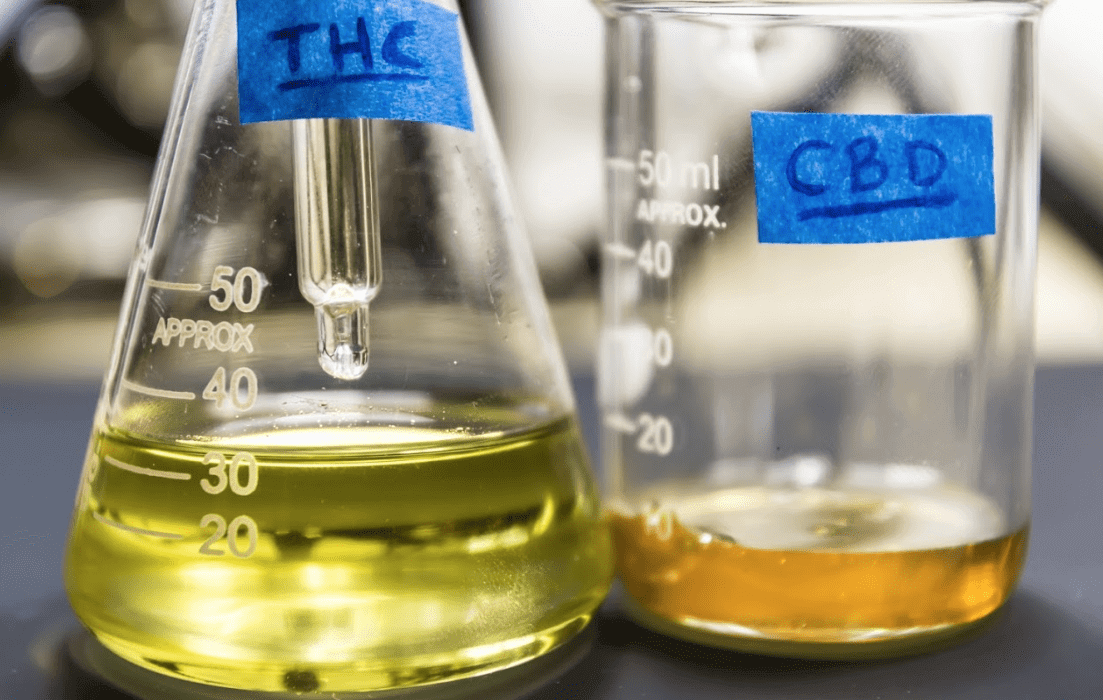 CBD and THC have garnered substantial public attention recently. They have been claimed to do everything from reduce pain to shrink cancer tumors. Because of this huge growth in research and awareness, there has been a large amount of confusion between the two main cannabinoids in medical marijuana, THC and CBD. In this post, we will find the similarities, differences, and possible uses and interactions of the chemicals.

How are CBD and THC Similar?

To start, CBD and THC are both called cannabinoids. This means that when they enter the body, they act on the endocannabinoid system. This system has receptors all throughout the body, including the brain and immune system. By acting on these receptors, CBD and THC can cause a variety of effects ranging from mood changes to physical ones. There are at least one hundred currently known cannabinoids produced in the cannabis plant, and they are all known as phytocannabinoids.

The chemicals are also extremely similar chemically, with only small differences in their structures. Both have aromatic rings, both have alcohol groups, and both have long carbon chains attached to them. Because of these similarities, it’s easy to assume they have similar effects, but this is not true.

How are CBD and THC Different?

Cannabidiol, commonly called CBD, is the main non-psychoactive compound found in marijuana. Because it is non-psychoactive, it is not responsible for the “high” feeling many people get when consuming the drug. CBD is thought to have a low affinity for binding to the endocannabinoid receptors in the body but may exert an influence on the binding of other chemicals. This effect has been shown in animals and more research is being done on humans [1].

On the other hand, Tetrahydrocannabinol, known as THC, is responsible for the high feeling when consuming cannabis. THC binds directly to the cannabinoid receptors in the brain, leading to many of the stereotypical effects. The binding of THC to an area of the brain called the nucleus accumbens is thought to be responsible for the euphoric effects of the drug [2].

What Can They Do?

Both THC and CBD have been identified as possible therapeutic drugs for a variety of diseases and illnesses. Due to the differences in how and where they bind to receptors in the body, the uses for the chemicals are very different.

THC has been used by many patients diagnosed with HIV/AIDS and cancer to increase appetite and counteract insomnia. In the case of increasing appetite, a recent study has shown a possible mechanism. When THC binds to a specific cannabinoid receptor in the brain, the brain region responsible for regulating smell is affected in such a way that smells become stronger [3]. THC has been studied for more uses such as reducing muscle spasm in multiple sclerosis, controlling tics in those with Tourette’s syndrome, and reducing nausea in AIDS and cancer patients.

CBD, however, is a different and complex story. It was long believed that CBD acted on the cannabinoid receptors not generally in the brain, but this viewpoint has started to change. Recent studies show that CBD may not bind to the active site of the receptors, and may be binding to a secondary site, regulating the binding of other cannabinoids through a process called allosteric inhibition [1][4]. Other studies show that CBD may bind to other receptors, including one called 5-HT1A, which has been subject of mood and anxiety research [5]. Due to these mechanisms, CBD has been studied for use as a drug to reduce seizures in those with epilepsy, as an anti-anxiety treatment, and to reduce certain types of pain.

THC and CBD share some important structural similarities but have very different mechanisms of action and effects. THC has been shown to bind directly to the cannabinoid receptors in the body, whereas the exact mechanism of CBD is not yet clear. Due to these differences, THC and CBD can be used to treat a wide variety of conditions and may open the door to future therapies and drugs as research progresses.